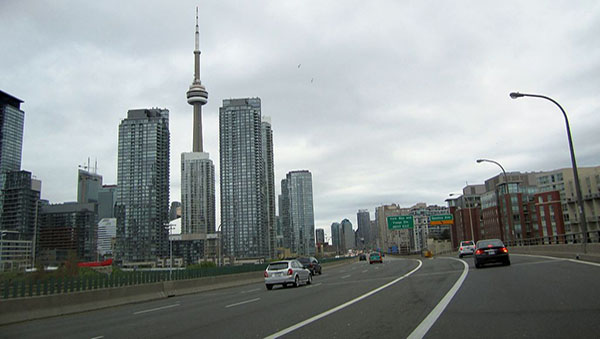 Climate, Cities, Money: Possible To Achieve Sustainability And Equality If Wealthy Pitch In

I have just returned from the United Nations Conference of the Parties (COP22) in Morocco, where thousands gathered to nudge forward the global agenda on climate action.

There were mixed emotions on display, celebrating the Paris Agreement, while deeply shocked by the Donald Trump election win in the recent US Presidential race. America’s Secretary of State, John Kerry, tried to put the best face forward, but we all understand that the Trump presidency will be an enormous step backward in the efforts to tackle climate change.

What has this got to do with cities, or the City of Toronto’s finances? Lots, actually.

At panels across the COP22 venue, speaker after speaker pointed to the growing role of cities and regions in spearheading solutions to climate change. Ontario’s Minister of the Environment and Climate Change,

Glen Murray, asserted that many American mayors and state governors will continue to pursue this work despite Trump.

The C40 mayors, the Global Compact of Cities, and many others are committed to driving an ambitious environmental agenda. The Federation of Canadian Municipalities continues to frame a progressive role for cities, large and small.

In Canada’s largest city, it’s time to take stock of what we can do. The TransformTO process is underway, developing a detailed plan for coming years.

The Labour Council has just published a “Greenprint for Greater Toronto”, outlining how workers and their unions can advocate for change in every sector of the economy. We can build on past achievements – the 25 years of the Toronto Atmospheric Fund and the Better Building Partnership, retrofitting buildings to cut 680,000 tonnes of CO2.

But we must also acknowledge huge gaps – $2.6 billion of needed repairs on Toronto Community Housing stock and another billion for school buildings. The TTC anxiously scraping for funds to keep moving over 1.5 million people every day. It’s not that there isn’t lots of money in this town – we are the finance capital of Canada (as well as the child-poverty capital). There are loads of money flying around in speculative stock deals, mergers and acquisitions, and CEO bonuses. The 1% is doing very well indeed.

City Council is now grappling with how to find the income needed to keep delivering public services that are so vital for a healthy city; not just bricks and mortar, but the social infrastructure that provides a measure of equality for all our residents.

Everyone knows that wages have stagnated for most people in the last decade, and too many young people are working in precarious jobs. So how do we raise the money to invest in what is needed for communities, and do our part for the environment?

The worst approach is to sell off public assets. The Parking Authority and Toronto Hydro deliver tens of millions of revenue dollars to the city coffers. They are huge income generators, which is exactly why Bay Street would love to take them over.

There is a very sophisticated game afoot on Hydro – you only have to track Toronto Mayor John Tory’s language around inadequate wiring and transformers, a script worthy of a seasoned spin doctor to see how the decision to cut Hydro’s dividend is designed to ease the way to a sale.

Some of us led the fight 15 years ago against then-Toronto mayor Mel Lastman’s plans to privatize the city’s water system. Back then it was worth $19 billion, and the private water firms were hovering like vultures over carrion.

No matter how often Lastman, or his team, tried to claim they only had the best interests of the public at heart, it became obvious there was a scheme in place. A major public campaign derailed the attempt, fuelled in part by the backlash against privatization after the Walkerton tragedy.

These days a different dynamic is at play, as both the federal and provincial Liberals trumpet “asset recycling” – a term dreamed up to disguise a massive power grab by the world’s wealthiest interests.

Some politicians throw up their hands in exasperation to conclude that we have no other option. “Can’t raise property taxes” they say “what about the poor widow in her bungalow?” So let’s leave her alone, and concentrate on those who have ample means to contribute.

The KPMG report on city revenue options shows clearly one option, above all others, that make sense, both financially and morally. That is the commercial parking levy, which could raise anywhere from $171 to $535 million a year. It would be paid by the richest landowners in the country – folks who have benefited dramatically from the corporate tax cuts offered up by their friends in finance ministries at both federal and provincial levels. We are talking about serious money, and the chance to stabilize Toronto’s finances for years to come.

There should be an exemption for small strip malls. They don’t enjoy the kind of revenue that the big boys do – an 18% increase in one year for Yorkdale, 33% for Royal Bank Plaza, 8% for Eaton Centre and Fairview….you get the picture.

That is why the big commercial landlords have their lobbyists furiously working the halls of 100 Queen West (Toronto city hall) to derail any attempt at this sensible populist solution. But it really is the only thing with the magnitude to provide real investment in Toronto’s future.

We could also claim the income from the hotel levy that Dalton McGuinty denied us in the original City of Toronto Act. Every other major city derives funds from hotel visits, and apparently (Ontario) Premier Kathleen Wynne is willing to make that adjustment. But it alone won’t provide the amount needed for serious work, let alone make up for the loss of land transfer funds when the real estate market cools down.

So let’s focus on fairness, and ask those with the most resources to contribute their share to keeping Toronto a liveable city. For affordable transit, decent housing, accessible recreation for our youth and services for seniors, everyone needs to pitch in.

If we are going to reduce our city’s carbon footprint in coming years, we will have to undertake a variety of measures to reduce energy and water use, divert waste, and adapt for extreme weather events. There will be paybacks later, but first we have to invest.

It will take money to achieve sustainability and equality – it’s long past time that the wealthiest among us do their bit.