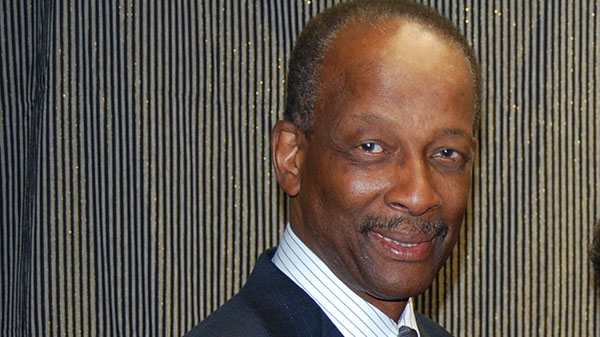 TORONTO, Ontario December 14, 2016 — A Caribbean-born, Toronto-based medical doctor, who has been providing more than three decades of volunteer services, has received one of the most coveted awards for Commonwealth of Nations’ citizens.

Dr. Lanval Daly says he was “surprised’’, but happy, that Britain’s Queen Elizabeth II bestowed on him an MBE – making him a Member of the Most Excellent Order of the British Empire.

“I was taken by surprise but it was a nice surprise,’’ Dr. Daly said in an interview. “Over the years, I’ve tried to give back.’’

Dr. Daly migrated to Canada from Montserrat in the early 1960s to study medicine at Queen’s University in Kingston, Ontario.

After nine years in Canada, he returned to Montserrat to practice medicine for 18 months.

“I returned to Canada for good in 1974 to specialize in obstetrics and gynecology,’’ Dr. Daly said.

Since then, from his base in Toronto, the OB/GYN specialist has engaged in volunteerism, heading such groups as “Scope Africa’’ and the “Montserrat Visiting Consultants’ Program’’.

Under the Consultants’ Program, Dr. Daly has been visiting Montserrat to provide pro-bono OB/GYN. He also secures, based on the needs of the Montserratian government, other medical specialists who journey to the Caribbean country as well, offering tertiary healthcare assistance.

“They travel to Montserrat at their own expense and provide care, free of cost. They provide as much as the Montserrat government wants them to,’’ said Dr. Daly.

For some time, he said, rumours had been circulating in Montserrat that he was being recommended for an award.

Finally, Dr. Daly received a call from the British High Commission in Canada, asking if he’ll accept the offer of an MBE for which he had nominated. The doctor accepted. 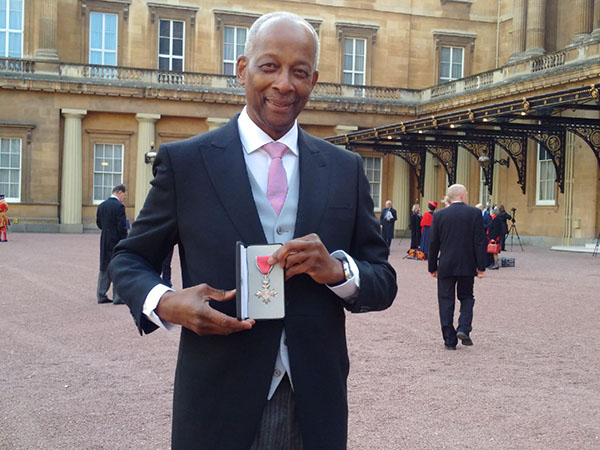 “It reinforces, in my mind, the value of the work I’ve been doing,’’ Dr. Daly said in commenting on receiving his MBE. “I feel very honoured and very humbled; I don’t see this as something I did alone. If it weren’t for the willingness of my colleagues and friends, this would not have happened, so I will gladly accept the award on their behalf as well.’’

The investiture, at Buckingham Palace, was conducted by Prince Charles, whom Dr. Daly recalled meeting when the prince visited Montserrat in 1973.

Dr. Daly also has done clinical work in Uganda and delivered lectures to medical students and professor in Ghana.

He said he founded Scope Africa, a charitable organization, as a vehicle for finding medical professionals willing to travel to sub-Saharan African countries to treat pre-cancerous conditions of the cervix.

“Scope Africa didn’t reach far because of lack of funding. But I’m hoping that one day I’ll get back to it,’’ Dr. Daly said.