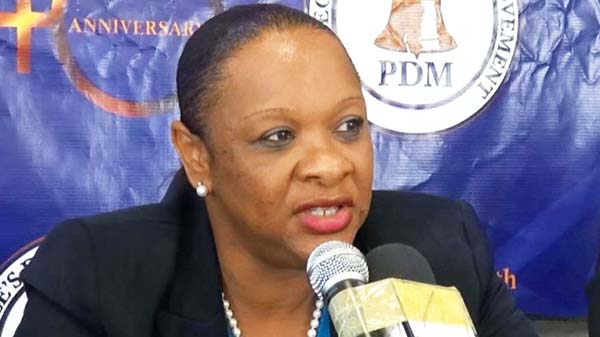 PROVIDENCIALES, Turks and Caicos, December 18, 2016 (CMC) – Voters in Turks and Caicos Islands (TCI), last Thursday, elected the nation’s first ever woman to head a government in this British Overseas Territory (BOT) and, in the process, booted Premier Dr. Rufus Ewing out of Parliament completely.

The preliminary results, released, on Friday, by the electoral officials here, showed that 45-year-old attorney, Sharlene Cartwright Robinson, had led her opposition People’s Democratic Movement (PDM) to victory, winning seven of the 10 constituencies. The party also won four of the five at-large candidates

According to the figures released here, Cartwright Robinson won the most votes in the at-large candidates poll, receiving 3024 votes, while the outgoing Premier, who led the ruling Progressive National Party (PNP) into the election, could only must 2, 234 votes, losing out on becoming one of the five successful candidates. He received 2,234 votes.

Another casualty of the poll is former premier, Michael Misick, who is before the courts on allegations of corruption. He received 1,629 votes. 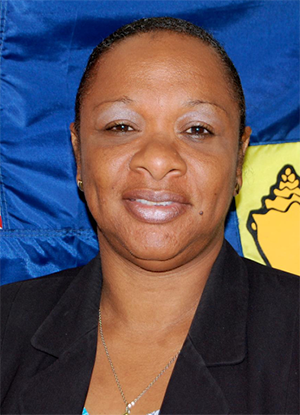 The only successful PNP candidate in the at-large candidate election is the former finance minister, Washington Misick, who polled 2335 votes.

The electoral officials, here, said 31 candidates across the 10 Electoral Districts in the Turks and Caicos Islands and an additional 21 All Island District candidates contested the elections.

Cartwright Robinson led a team called “The Dream Team” to the election and had accused the Ewing-led government of having led the TCI into an abyss for which the citizens are suffering.

The 7,800 voters had three choices: the ruling PNP, the PDM and the People’s Democratic Alliance (PDA), led by Oswald Skippings.

An elated Cartwright Robinson told supporters that the new government would stick to the policies outlined in the PDM manifesto and reiterated that all citizens, including “‘Belongers’, will have a “fair share” of the wealth of the TCI.

“For too long the Belongers of the Turks and Caicos Islands have been denied their rightful share of the wealth of our country. For too long those holding political office have diverted funds away from where it rightfully belongs: it belongs in the pockets of all our Belongers. For too long we have had to tolerate the empty promises of false and weak leaders in the previous governments. No more… the time for talk is over, the time for action is now,” she added.

The PDM said that it would encourage further direct foreign, domestic and Diaspora investment and would also seek to diversify the economy by developing and growing a business and financial service sector.

Ewing, who resigned as leader of the Progressive National Party (PNP), following the loss of his own parliamentary seat, said at a press conference on Friday, “The people of the Turks and Caicos Islands have spoken and have indicated their wish for a change in governance.” 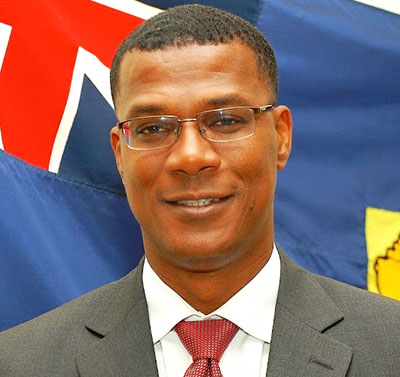 “The outcome of this election is a clear indication that democracy is alive in our islands. I wish to express my gratitude to all of the candidates, from all parties, who nobly put themselves forward for service to this country.”

“I wish to now state that as the leader of the Progressive National Party (PNP) I take full responsibility for the party’s loss, and as such, I have made the decision to tender my resignation as party leader with immediate effect,” he said.

Ewing revealed that he did not expect the PDM to win by such a large margin.

“I am pleased that the election on 15 December passed in an orderly manner. I congratulate the People’s Democratic Movement and its leader, the Hon. Mrs Sharlene Cartwright-Robinson, on their party’s victory. I relayed my congratulations to her this afternoon (Friday). I look forward to working with TCI’s elected officials in effective partnership for the good of all the people of the Turks and Caicos Islands.”

Political analyst, Derek Ramsamooj, told the Caribbean Media Corporation (CMC) that the issue soft jobs, crime, rejection of former status quo politics of populist leaders were the main factors in deciding the outcome of the elections.

He said the presence of former Haitian president, Michel Martley, to assist Michael Misick failed to ensure his victory.

“This result is a turning point in transitioning the political culture of personality to delivery of public goods and services,” he told CMC, adding that the results also provide a “new opportunity for better governance for TCI”.