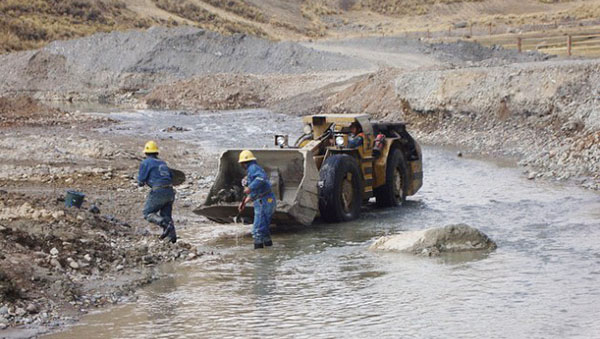 SYDNEY and KUALA LUMPUR, December 19, 2016 (IPS) — The World Bank’s Doing Business Report 2017, subtitled ‘Equal Opportunity for All’, continues to mislead, despite the many criticisms, including from within, levelled against the Bank’s most widely read publication, and Bank management promises of reform for many years.

Closer examination suggests that the “evidence” is actually quite weak, and heavily influenced by countries closer to the ‘frontier’, mainly developed countries, most of which have long introduced egalitarian redistributive reforms, reflected in taxation, employment and social welfare measures, and where inequality remains lower than in many developing countries.

The report notes that relations between DB scores and inequality ‘differ by regulatory area’. But it only mentions two: for ‘starting a business’ and for ‘resolving insolvency’. For both, higher DB scores are associated with less inequality, but has nothing to say on other DB indicators.

Other studies — by the OECD, IMF, ADB and the United Nations — negatively correlate inequality and the tax/GDP ratio. Higher taxes enable governments to spend more on public health, education and social protection, and are associated with higher government social expenditure/GDP ratios and lower inequality. The DBR’s total tax rate indicator awards the highest scores to countries with the lowest tax rates and other contributions (such as for social security) required of businesses.

Bias
The DBR’s bias to deregulation is very clear. First, despite the weak empirical evidence and the fallacy of claiming causation from mere association, it makes a strong general claim that less regulation reduces inequality. Second, in its selective reporting, the DBR fails to report on many correlations not convenient for its purpose, namely advocacy of particular policies in line with its own ideology.

The World Bank had suspended the DBR’s labour indicator in 2009 after objections — by labour, governments and the ILO — to its deployment to pressure countries to weaken worker protections. But its push for labour market deregulation continues. For example, Tanzania’s score is cut in 2017 for introducing a workers’ compensation tariff to be paid by employers while Malta is penalized for increasing the maximum social security contribution to be paid by employers.

New Zealand beat Singapore to take first place in the latest DBR rankings following reforms reducing employers’ contributions to worker accident compensation. Nothing is said about how it has become a prime location for ‘money-laundering’ ‘shell’ companies.

In support of its claim of adverse impacts of labour regulations, DBR 2017 cites three World Bank studies from several years ago. Incredibly, it does not mention the extensive review of empirical studies in the Bank’s more recent flagship World Development Report 2013: Jobs, which found that “most estimates of the impacts [of labour regulations] on employment levels tend to be insignificant or modest”.

DBR 2017 adds gender components to its three indicator sets — starting a business, registering property and enforcing contracts — concluding: “For the most part, the formal regulatory environment as measured by Doing Business does not differentiate procedures according to the gender of the business owner. The addition of gender components to three separate indicators has a small impact on each of them and therefore a small impact overall”.

Should anyone be surprised by the DBR’s conclusion? It ignores the fact that the policies promoted by the Bank especially adversely affect women workers who tend to be concentrated in the lowest paid, least unionized jobs, e.g., in garments and apparel production or electronics assembly. The DBR also discourages regulations improving working conditions, e.g., for equal pay and maternity benefits.

Despite its ostensible commitment to ‘equal opportunities for all’, the DBR cannot conceal its intent and bias, giving higher scores to countries that favour corporate profits over citizens’, especially workers’ interests, and national efforts to achieve sustainable development.

Sadly, many developing country governments still bend over backwards to impress the World Bank with reforms to improve their DBR rankings. This obsession with performing well in the Bank’s ‘beauty contest’ has taken a heavy toll on workers, farmers and the world’s poor — the majority of whom are women — who bear the burden of DBR-induced reforms, despite its proclaimed concerns for inequality, gender equity and ‘equal opportunities for all’.

Anis Chowdhury, a former professor of economics at the University of Western Sydney, held senior United Nations positions during 2008–2015 in New York and Bangkok. Jomo Kwame Sundaram, a former economics professor, was United Nations Assistant Secretary-General for Economic Development, and received the Wassily Leontief Prize for Advancing the Frontiers of Economic Thought in 2007.