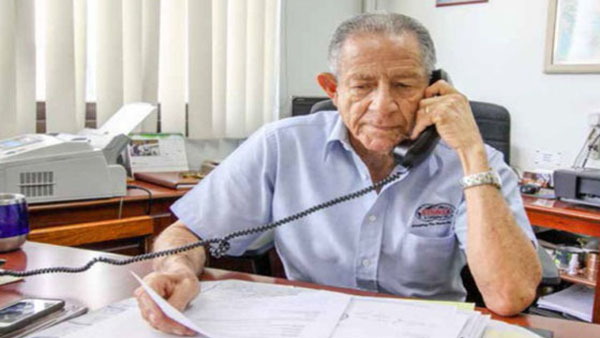 He said Renwick, 78, the founder and managing director of Renwick and Company, truly embodied the entrepreneurial spirit, as evidenced in the success story of his company that was established 50 years ago.

“His passing is a huge loss for the business community, and our condolences go out also to the Rotary Club, the Chamber of Commerce and, of course, the management and staff of Renwick and Company,” Chastanet said, noting that the company “is an institution in St. Lucia, and has weathered the fluctuations of the business sector and shown resilience throughout the years, which is a testament to his business acumen.

“Through his efforts and business savvy, Renwick and Company remains one of the most respected businesses in the private sector, and Mr. Renwick’s drive and passion will never be forgotten.”

In a statement, the St. Lucia Chamber of Commerce, Industry and Agriculture described Renwick as “a great stalwart of the business community” and acknowledged the “critical role” he played “in the economic landscape of this country and also as a role model for many young and aspiring entrepreneurs”.

In 2008, Renwick was awarded the Order of the British Empire (OBE) for his contribution in the field of business and, in 2015, he received an Honorary Award at the St. Lucia Business Awards, hosted by the St. Lucia Chamber of Commerce Industry and Agriculture.

“Renwick was a reserved, simple and conservative man, who sought neither publicity nor fame, but went quietly about his business, working hard and helping others do well whenever he could,” the private sector group said in the statement.

Renwick is survived by his wife, Marjorie, two children and several grandchildren.