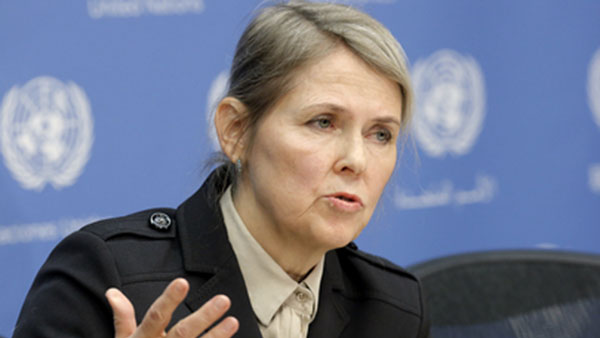 The report, from the United Nations Office on Drugs and Crime (UNODC), released here, yesterday, says while worldwide, 28 percent of trafficking victims are children, children account for 64 percent in Central America and the Caribbean.

The report says that the vast majority of all human trafficking victims – 71 per cent – are women and girls and one third are children.

“Trafficking for sexual exploitation and for forced labor remain the most prominently detected forms,” said UNODC Executive Director, Yury Fedotov. “But victims are also being trafficked to be used as beggars, for forced or sham marriages, benefit fraud, or production of pornography.”

The 2016 UNODC Global Report disaggregates data on the basis of gender, finding that women and girls are usually trafficked for marriage and sexual slavery.

Men and boys, however, are trafficked into exploitative labor, including work in the mining sector, as porters, soldiers and slaves, the report says.

Fedotov emphasized the link between armed groups and human trafficking, noting how armed groups often engage in trafficking in their territories of operation, coercing women and girls into marriages or sexual slavery, and pressing men and boys to act as forced labor or combatants.

“People escaping from war and persecution are particularly vulnerable to becoming victims of trafficking,” he said. “The urgency of their situation might lead them to make dangerous migration decisions.” 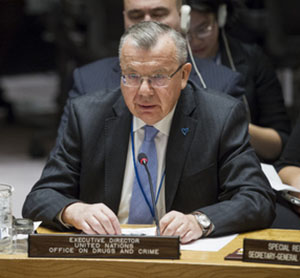 The report documents patterns among trafficking and regular migration flows that share the same destination country.

It also identifies trends within countries, between neighboring States and across continents.

Factors that tend to aggravate rates of trafficking include transnational organized crime in the country of origin and a victim’s socio-economic profile, the UN said.

While 158 countries have criminalized human trafficking, “a huge improvement over the past 13 years,” according to the UN, Fedotov, nonetheless, warned that “the rate of convictions remains far too low, and victims are not always receiving the protection and services countries are obliged to provide.”

He, therefore, called for more resources to identify and assist trafficking victims, and to improve the criminal justice responses to detect, investigate and successfully prosecute cases.

The UNODC releases a report on trafficking every two years.

This September, during the UN Summit for Refugees and Migrants in New York, UNODC emphasized that, as more people become migrants and refugees, “there is a greater risk for trafficking,” adding that “States must respond accordingly.”

On Tuesday, Haiti joined global countries in condemning, in the strongest terms, all instances of human trafficking, as the United Nations’ Security Council heard from more than 70 speakers during a day-long open debate on the subject.

Drawing attention to the link between conflict and human trafficking, former Haitian Prime Minister, Jean-Max Bellerive, said the crime “heightened vulnerability and undermined human rights all over the world.”

While making progress against human trafficking, Bellerive said it was “crucial to bolster security, create conditions that were conducive to development and dismantle terrorist networks.

“Alleviating poverty was also critical,” he said, acknowledging that, as a long-term solution, it would mitigate underlying factors. 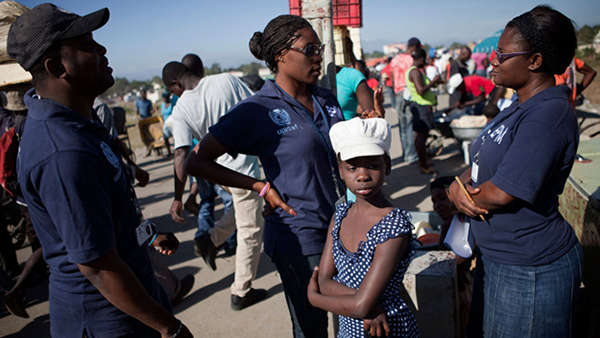 A girl waits with officers from the Haitian Police’s Brigade for the Protection of Minors (BPM) in the city of Ouanaminthe, on the north-eastern border with the Dominican Republic. BPM is a UNICEF partner in combating child trafficking. Photo credit: UNICEF/Marco Dormino.

By unanimously adopting resolution 2331 (2016), the 15‑member Security Council, responsible for the maintenance of international peace and security, stressed that human trafficking contributes to other forms of transnational organized crime, “which could exacerbate conflict and foster insecurity and instability”.

The Council also stressed that acts of human trafficking during armed conflict, as well as sexual and gender-based violence, could be part of the strategic objectives and ideologies of certain terrorist groups by, among other things, “incentivizing recruitment, supporting financing through the sale of women, girls and boys, and use of religious justifications to codify and institutionalize sexual slavery”.

By the resolution, the Council has called on UN Member States, among other things, to “investigate, disrupt and dismantle the networks involved, including through the use of anti-money laundering, anti-corruption and counter-terrorism laws,” underscoring in that regard the importance of international cooperation in law enforcement.

By other terms, the UN Security Council urged Member States, including Caribbean countries, to build strong partnerships with the private sector and civil society, including local women’s organizations.

In addition, it encouraged the Financial Action Task Force (FATF) and regional bodies to include analyses of financial flows associated with human trafficking that financed terrorism.

The Council affirmed that victims of trafficking and sexual violence should be classified as victims of terrorism, and further expressed its intention to consider imposing targeted sanctions on individuals and entities involved in human trafficking in conflict-affected areas.