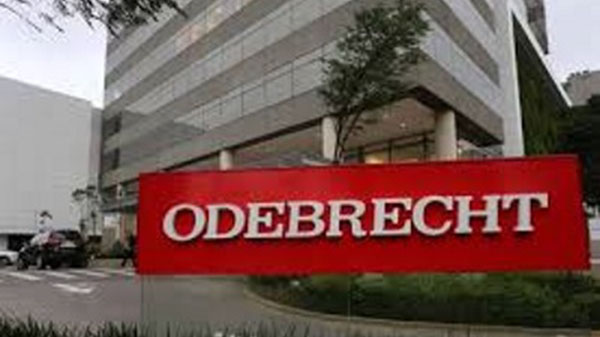 ST. JOHN’S, Antigua, December 23, 2016 (CMC) – The Antigua and Barbuda government, today, said it is treating “quite seriously” a report, in the New York Times newspaper, suggesting that unnamed persons, claiming to be linked to the government here, were involved in corrupt activities related to the Brazilian multinational, Odebrecht S. A. and the energy company, Petrobras.

“I am treating the New York Times report quite seriously, particularly as it is quoting from an official document of the US District Court in Eastern New York in a case between the US government and Odebrecht.

“I have instructed our Ambassador in Washington, DC, Sir Ronald Sanders, to retain legal services, immediately, in order to secure the cooperation of the US District Court with regard to identifying the unnamed persons, who claimed to be linked to the government,” Prime Minister, Gaston Browne, said in a statement.

He added that his administration was not aware of the court case or the allegations made by a witness in the case, until his office was contacted by a senior Editor with the Trinidad Guardian newspaper, on Thursday.

“My government is resolved to get to the bottom of this story, since it alleges involvement by persons claiming to be intermediaries for, or officials of, the government. If these allegations are substantiated, I will act, immediately and appropriately, against any such persons,” Prime Minister Browne said.

The court document notes that in mid-2015, an employee of the Brazilian company attended a meeting in Miami “with a consular official from Antigua and an intermediary to a high-level government official in Antigua in order to conceal Odebrecht’s corrupt activities”.

The document added that another employee of the Brazilian company “made three payments of one million Euros on behalf of Odebrecht, in order to secure the deal. The contemplated fourth payment was never made”.

But in his statement, Prime Minister Browne noted that “far from refraining from providing documents to international authorities, the Antigua and Barbuda government was proactive in its cooperation with the Brazilian and other governments”.

He pointed out that in July, the government publicly advised that “the Office of National Drug and Money Laundering Control Policy (ONDCP) and the Financial Services Regulatory Commission (FSRC) had frozen the accounts of a Brazilian-owned offshore bank that has been in operation since 2006”.

In the July 15 statement, the government did announce that it had frozen the accounts of a Brazilian-owned offshore bank that has been in operation since 2006.

“The government acted, immediately, in light of information from a Brazilian court that found a prima facie case of money laundering by certain Brazilian nationals and companies.

“The activities of the bank took place between 2010 and 2014 during the tenure of the previous administration and prior to legislative action by the present Antigua and Barbuda Labour Party (ABLP) government to close the loopholes in the anti-money legislation and in the administration of international offshore banks. These changes included the passage of the International Banking and International Business Corporation Acts,” the statement said then.

Browne, in his latest statement, noted that “further, on that same day, Ambassador (Ronald) Sanders in Washington DC, advised the US State Department of the steps that were being taken in Antigua”.

Prime Minister Browne made it clear that his government “is determined to clarify the identities of the unnamed persons, claiming to act as “intermediaries” for a “high level official”, and to take swift and appropriate action to safeguard the standing of Antigua and Barbuda in the international community”.