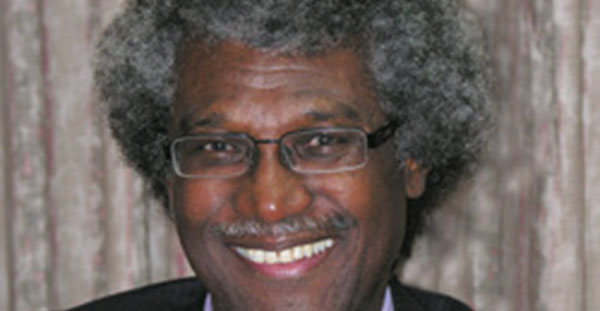 “It goes without saying, that Sir Dwight was a pioneer and among the most respected men in our region and has served the Caribbean and the financial fraternity with distinction.

“He is a genius in his own right and is especially dear to us in Saint Lucia, because of his role in the early development of our country following Independence. He was one of the key architects of government, intricately involved in our financial framework and the public service,” Prime Minister Chastanet said in a statement.

Sir Dwight, 70, died at the Tapion Hospital, on the outskirts of the capital, after attempts were being made to fly him out to the French island of Martinique for medical treatment.

“On behalf of the government, I express condolences to the wife and family of Sir Dwight. Our condolences also go out to the people of Saint Vincent and the Grenadines, where he was born,” Chastanet noted.

“Few men can claim to have had the impact that Sir Dwight has had and, thankfully, his legacy and ideas will live on in the great works that he has written. He was a visionary and an unparalleled genius of a man.”

“The Caribbean has much to learn from Sir Dwight’s life and he will be an inspiration for decades to come. Our thoughts also go out to his colleagues and the staff of the ECCB and the local financial sector,” Chastanet added.

“He piloted the Central bank through rough waters, particularly consequent upon the 2008 global economic crisis …which gave rise to real banking difficulties, particularly among indigenous banks in the Currency Union.

“He helped create many institutions to strengthen and buttress the financial system,” Gonsalves said, adding “he was a regional integrationist… a strong Caribbean man. We will miss the counsel of Dwight Venner. He was a very faithful servant to the people of the region.”

In a statement, the St. Kitts-based ECCB said that Sir Dwight’s passing comes, less than eight weeks before the Monetary Council, in recognition of his immense contribution, had planned to honour him at a special ceremony at the ECCB Headquarters in St. Kitts and Nevis.

“At that time, one of the buildings was to be named in his honour. It may be recalled that one of Sir Dwight’s many accomplishments was initiating and overseeing the construction and equipping of the current ECCB Headquarters,” the bank said.

Sir Dwight died just over a year after announcing his retirement, in late November 2015, after 26 years of service in his position as governor of the ECCB, which serves as a central bank for Antigua and Barbuda, Dominica, Grenada, St. Lucia, St. Vincent and the Grenadines, St. Kitts-Nevis, Montserrat, Anguilla and the British Virgin islands.

Sir Dwight was the longest-serving governor of any central bank, monetary authority, or federal reserve, having served since 1989.

“I have personally conveyed our grief and gratitude to Lady Lynda. Sir Dwight was a visionary, a regionalist, and a public servant par excellence. He had a deep and abiding love for the people of the Caribbean. He truly believed that we are our best selves and secure our best development outcomes when we come together and take collective action.

“He dedicated his life to our region, and his wife and family made enormous sacrifices to support his labour of love over many, many years. Those of us, on whom the mantle now rests, have a duty of care to continue his exceptional service,” ECCB Governor, Timothy Antoine, said.

He said Sir Dwight “had a dream for the development of our region and he regarded the ECCB as a veritable vehicle to pursue our common destiny as small states and territories.

“I again express our appreciation for his colossal contribution to the development of our region. Our region owes him a huge debt of gratitude.”

The bank said during Sir Dwight’s tenure as Governor, the ECCB grew in stature and service. He led many reforms. The banking and financial system expanded and remained stable throughout various financial crises. Above all, the EC dollar remained strong. 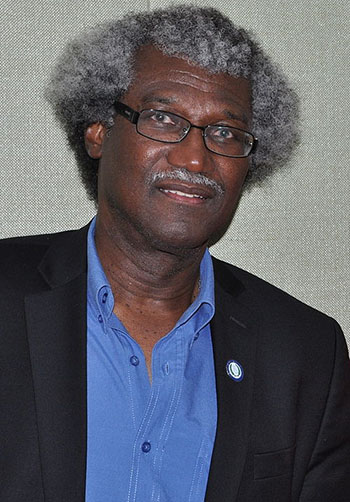 Dominica’s Prime Minister and Caribbean Community (CARICOM) Chairman, Roosevelt Skerrit, described Sir Dwight as “a great OCES (Organisation of Eastern Caribbean States) man, somebody who believed in the integration of the OECS, played a tremendous role in getting us to the economic union”.

He said Sir Dwight was “a very, very diligent person, very intelligent, very focused on the issues and solutions to the challenges, which we have been confronting over the years,” adding that he would be remembered for his strong contribution to the monetary union.

“I think that, in the last measure, the stability of the Monetary Union, the currency, we owe it, in great measure, to the guidance and the advice which we received over the years from Sir Dwight Venner.”

The Eastern Caribbean dollar has been pegged to the United States dollar since July 7, 1976, and the exchange rate is US$1 = EC$2.70.

Skeritt recalled that when the Schengen area wanted to create the Euro, they had discussions with Sir Dwight, seeking his advice on how the OECS had been able to create a single currency and maintain its stability over an extended period of time.

“So we have lost a great person who, even though he retired from the Central Bank, he continued to be available to all those who would seek his counsel on a wide range of matters,” Skeritt said, sending condolences to Sir Dwight’s family and friends.

In a letter to Sir Dwight, when he retired, then St. Lucia Prime Minister, Dr. Kenny Anthony, thanked him for his years of selfless and dedicated service to the Central Bank and the people of the region.

“There can be no question that you have departed from the bank leaving behind an extraordinary legacy. Few, if any, could match your passion and commitment to our region. You gave us not just administrative leadership but also intellectual leadership. I have always been impressed by your fierce protection of the integrity and independence of the bank. You led with vision and integrity,” he said.

Anthony said that Sir Dwight had helped the Eastern Caribbean member states to navigate through one of the most intractable financial crises ever to sweep the region.

Former Montserrat Premier, Reuben Meade, in a post on the social website Facebook, said having worked alongside Sir Dwight, he had come to appreciate the former governor’s commitment to the region and his work as ECCB governor.

“Sir Dwight served the people of this region with humility and grace, using his vast knowledge to provide solid advice and guidance to monetary and economic policy in the Eastern Caribbean Currency Union for over three decades.

“He stood up to the likes of the International Monetary Fund when their strategy for dealing with our economic and banking issues were not seen to be in the best interest of the people of the sub-region. He was unquestionably a very gifted intellectual in our region. He has run a good race, peacefully may he rest from his labours among us,” Meade said.

Sir Dwight was an economist by training and was educated at the Mona campus of the University of the West Indies (UWI) Jamaica, where he obtained both Bachelor and Master of Science degrees in economics.

He served as a junior research fellow at the Institute of Social and Economic Research at the University of the West Indies and then as a lecturer in economics from 1974 to 1981.

Prior to becoming governor of the Central Bank, he served in the position of Director of Finance and Planning in the St. Lucia government between November 1981 and November 1989.

Sir Dwight received the award of Commander of the British Empire (CBE) in 1996 in St. Lucia and was recognised as a Distinguished Graduate of the University of the West Indies on its 50th Anniversary in July 1998.

In June 2001, he was awarded Knight Commander of the Most Excellent Order of the British Empire (KBE) in St. Vincent and the Grenadines for services to the financial sector.

In October 2003, the Sir Dwight received an honorary degree, the Doctor of Laws from the University of the West Indies.

In December 2011, he was awarded the St. Lucia Cross for distinguished and outstanding service of national importance to St. Lucia.