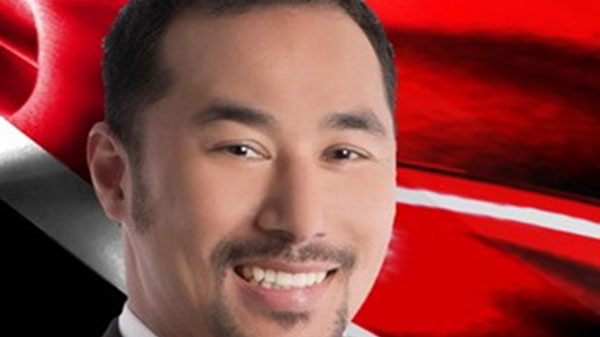 The Minister in the Ministry of the Attorney General and Legal Affairs, Stuart Young, told reporters that Trinidad and Tobago nationals may be involved in financing the activities of terrorist organisations such as the Islamic State (ISIS).

PORT OF SPAIN, Trinidad and Tobago, December 23, 2016 (CMC) – The Trinidad and Tobago Financial Intelligence Unit (FIU) believes an estimated 182 people, here, are involved in financing terrorist activities worldwide, the Minister in the Ministry of the Attorney General and Legal Affairs, Stuart Young, has said.

Young, speaking at the weekly Cabinet meeting, yesterday, told reporters that Trinidad and Tobago nationals may be involved in financing the activities of terrorist organisations such as the Islamic State (ISIS).

“What the FIU has picked up in their STRs (Suspicious Transaction Reports) and SARs (Suspicious Activity Reports) is that approximately 182 Trinidad and Tobago citizens, we suspect, may be involved in the financing of terrorist activities,” Young said.

Young said the total monetary value of the 739 STRs submitted to the FIU for this year was TT$805.5 million (One TT dollar =US$0.16 cents) representing a 127 per cent increase in the STR submissions to the FIU in 2015.

Young told reporters that the STRs and SARs could involve banks, financial institutions, private members clubs, attorneys and real estate agents and that the focus is on, “certain countries in the Middle East and near to the Middle East”.

He said the government had obtained court orders under the Anti- Terrorism Act this year, “to have certain persons declared terrorists and freeze their accounts et cetera, including ISIS and all of the bodies that we know of from the United Nations”.

Young said local law enforcement agencies have been collaborating with their international partners on countries such as Syria, Turkey and the United Kingdom as some jurisdictions where terrorist financing could be taking place.

“All criminal activity is of concern to us in Trinidad and Tobago,” Young said, adding that the Keith Rowley government would continue to provide local law enforcement agencies with the resources they require, as well as improving the “channels of communication with our international partners who have better global monitoring policies, information and intelligence gathering.”

He said that critical information was “filtering back to us in Trinidad and Tobago” and that the Financial Intelligence Bureau of the Police Service has been, “conducting a number of criminal investigations into some of these transactions….especially some related to the financing of terrorism and other white collar crimes”.

“We have an emergence of wire transfers to jurisdictions suspected in involvement in human trafficking and the use of fraudulent certificates of insurance and false documentation to support claims arising from motor vehicular accidents,” Young said, without identifying the jurisdictions to which money was being wired to in respect of human trafficking.

He said the FIU also found, “a continuance of the use of bank accounts for lottery fraud and employment fraud,” adding that the FIU also saw, “frequent and small intra-island money transfers and advance fee fraud scams using unsolicited emails and posts.

“Unfortunately, we still have citizens who are falling prey to the schemes and the scams,” he said, citing the continuation of the repatriation of funds via wire transfers and money remittances to foreign jurisdictions by non-nationals and expatriates as another source of concern.

Young said there was also concern in the “use of forged documents for obtaining loans from multiple financial institutions and co-mingling of accounts between individuals and their private company accounts for the financial tax avoidance purposes”.

He said local law enforcement agencies and their international partners have found, “an increasing use of these remittances, some of which are suspected to be financing foreign terrorist fighters abroad”, being done through channels such as small kiosks in public places which are used for wire transfers.