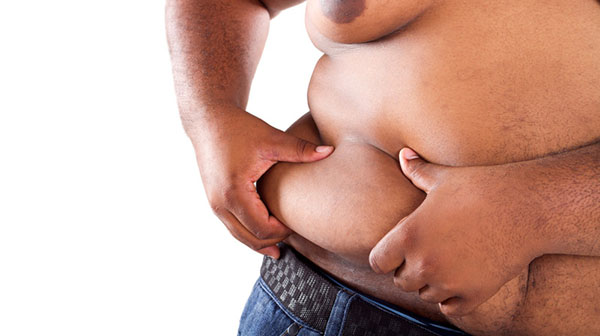 A Crisis Of Obesity In The Caribbean And Latin America 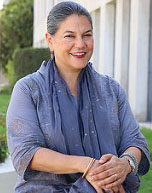 SANTIAGO, Chile January 26, 2017 (IPS) — Obesity and overweight have spread like a wildfire throughout Latin America and the Caribbean, threatening the health, well-being and food and nutritional security of millions of people.

According to the new publication of the United Nations Food and Agriculture Organization (FAO) and the Pan American Health Organization (PAHO), the Panorama of Food and Nutrition Security, close to 58 percent of the inhabitants of the region are overweight (360 million people) while obesity affects 140 million people, 23 percent of the regional population.

In almost all countries of the region, overweight affects at least half the population, with the highest rates observed in the Bahamas (69 percent), Mexico (64 percent) and Chile (63 percent).

Over the last 20 years there has been a rapid increase in the prevalence of overweight and obesity across the population, regardless of their economic, ethnic or place of residence, although the risk is higher in net food-importing regions and countries, which consume more ultra-processed foods.

This situation is particularly serious for women, since in more than 20 countries in Latin America and the Caribbean, the rate of female obesity is 10  percentage points higher than that of men. The impact has also been considerable in children: 3.9 million children under 5 live with overweight in our region, 2.5 million in South America, 1.1 million in Central America and 200 000 in the Caribbean.

How did we get here? According to FAO and PAHO, a key factor has been the change in the region’s eating habits.

Economic growth in recent decades, increased urbanization, higher average income and the integration of the region into international markets reduced the consumption of traditional preparations based on cereals, legumes, fresh fruits and vegetables, and increased consumption of ultra-processed products, with high amounts of sugars, salt and fats.

To curb the rise in overweight and obesity, countries in the region can draw on some of the valuable experiences they gained in their fight against hunger. Today, undernourishment affects only 5.5 percent of the regional population, while stunting in children has also dropped from 24.5 percent in 1990 to 11.3 percent in 2015, a reduction of 7.8 million children.

However, it should be noted that although hunger has declined, it has not been eradicated: there are still 34 million people unable to access the food they require for a healthy and active life, which means that the region faces a double burden of malnutrition.

According to the FAO / PAHO Panorama, combating both malnutrition and obesity requires a healthy diet that includes fresh, healthy, nutritious and sustainably produced foods. The key to progress is to promote sustainable food systems that link agriculture, food, nutrition and health. 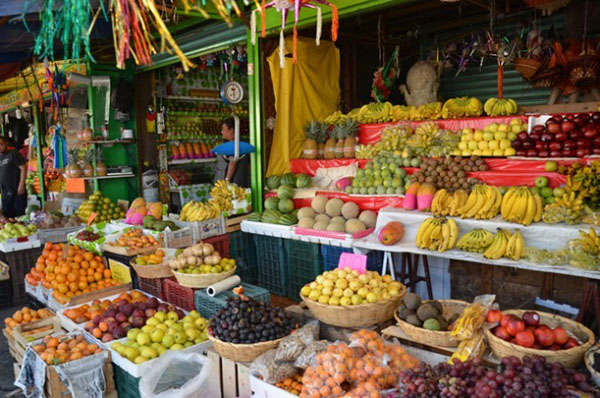 The change in the eating habits in Latin America and the Caribbean has led to an increase in overweight and obesity in the region. Credit: Eduardo Bermúdez / FAORLC.

In order to eradicate all forms of malnutrition, States should encourage the sustainable production of fresh, safe and nutritious foods as well as ensuring their diversity, supply and access, especially for the most vulnerable in regions that are net importers of foods.

Fiscal measures should also be implemented to discourage the consumption of junk food, improve food labeling and warnings with regard to high sugar, fat and salt content, and regulate the advertising of unhealthy foods to reduce their consumption.

These policies are more urgent than ever in light of the current signs of stagnation in regional economic growth, which pose a significant risk to food and nutrition security.

Governments should maintain and increase their support to the most vulnerable to avoid undoing their advances in the fight against hunger and to reverse the current rise in obesity and overweight, working together through initiatives such as the Community of Latin American and Caribbean States’s Plan for Food Security, Nutrition and Hunger Eradication.

Although there are significant variations according to subregions and countries, Latin America and the Caribbean considered as a whole has a food availability that far surpasses the requirements of all its population, thanks to its great agricultural performance. However, in several countries, this process of agricultural development is currently unsustainable, due to the consequences it is having on the ecosystems of the region. The sustainability of food supply and its future diversity are under threat unless we change the way we do things.

The region must make more efficient and sustainable use of land and other natural resources. Countries must improve their techniques of food production, storage and processing, and put a stop to food losses and waste, as 127 million tons of food end up in the trash every year in Latin America and the Caribbean.

To meet the Sustainable Development Goals, and especially SDG2 / Zero Hunger, which aims to eradicate undernourishment by 2030, the region needs to act on the complex interactions between food security, sustainability, agriculture, nutrition and health, to build a hunger and malnutrition free Latin America and the Caribbean.

The eradication of hunger and malnutrition is not a task that can be left to the indifferent hand of the market. On the contrary, governments must exercise their will and sovereignty to develop specific public policies that attack the conditions that perpetuate hunger, overweight and obesity, as well as their consequences on the health of adults and children. Only by turning the fight against malnutrition into State policy can we put a stop to the rise of malnutrition in the region.