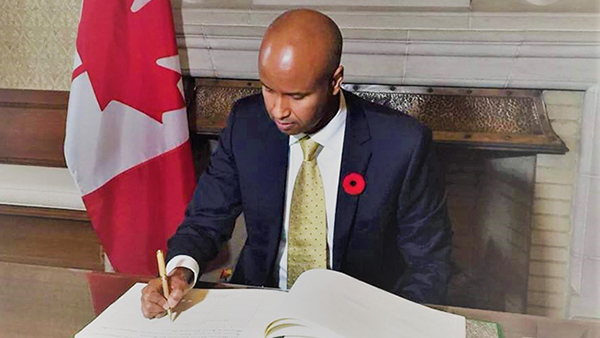 Ahmed Hussen, seen in Ottawa, in October 2015, is Canada’s new Minister of Immigration, Refugees and Citizenship.

He took over from John McCallum, who will serve as Canada’s ambassador to China.

Ibrahim Absiye, president of the Ontario Council of Agencies Serving Immigrants (OCASI) and executive director of the Canadian Council for Refugees describes Hussen’s appointment as “an excellent one” because the minister was a refugee himself.

“Nobody could understand that process better than somebody who has been there before. So, we couldn’t be happier, as somebody in the sector, that for the first time in the history of the nation we have a minister of immigration and refugees who is somebody who came here as a refugee himself.”

Absiye says on top of being a refugee, Hussen is a refugee lawyer and a person of colour who understands the diversity and the nation-building of this country.

As a fellow Somali, he says the minister of immigration, refugees and citizenship has put “us on the map again.” 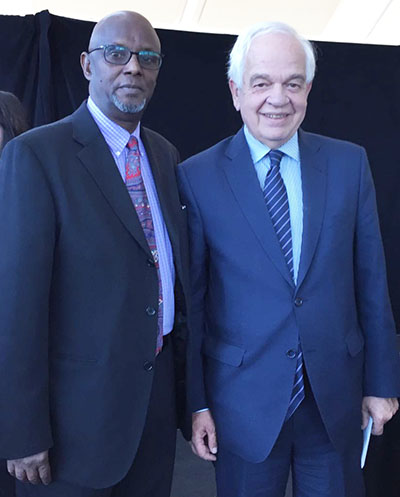 “We see him as a person of colour, but going down a bit, having a Somali countryman as the head of the department makes me so proud as I look forward to having a lot of young people to look to him as a role model, especially when we have so many challenges within the youth population. So this will be a good role model for the black youth and, in particular, for the Somali youth who’ve been joining the gangs and drug dealers for the past decade,” says Absiye who is the executive director of CultureLink and a former executive director of Midaynta Community Services – both settlement service organizations in Toronto.

Hussen, a lawyer and social activist is the Member of Parliament for York South-Weston in Toronto and is the first Somali Canadian elected to Parliament.

Meanwhile, Debbie Douglas, executive director of OCASI, says the organization is excited to have a minister who is racialized and who has gone through the refugee resettlement experience.

In a letter penned by Douglas and Absiye on January 11, a day after Prime Minister Justin Trudeau shuffled the Cabinet, OCASI offered its congratulations to the minister.

OCASI is the umbrella organization for immigrant and refugee-serving agencies in Ontario.

It is a registered charity, founded in 1978, with 220 member agencies across the province that provide settlement and other services for immigrants and refugees.

“We offer our assistance as civil society partners in implementing the priorities identified by your government with respect to immigrants and refugees as you begin to implement your vision in this new role. We have worked closely with Prime Minister Trudeau’s administration since November 2015 on the key priority of refugee resettlement, and are encouraged by the implementation of some of the other key commitments, such as ending conditional permanent residency for sponsored spouses, and the four-year limit for Temporary Foreign Workers.”

OCASI says it is looking to the minister’s leadership on addressing other urgent priorities recognized by the government, including addressing the challenges in the full implementation of Interim Federal Health for refugees and reducing the wait times for family sponsorship in all categories.

It also wants continued support for increasing the private sponsorship of refugees from other regions, particularly Africa, a region that is significantly under-represented in refugee selection numbers despite the tremendous need.

OCASI urges the government to implement the changes promised through Bill C-6 (An Act to amend the Citizenship Act), once it is enacted.

“We look forward to engaging with you on other urgent priorities such as providing pathways to permanent residency as a way of addressing the deepening vulnerability of migrant workers in the many low-skilled streams, and finding ways and opportunities to regularize those without immigration status,” the letter says.

The organization says it looks forward to engaging with Minister Hussen on long-term priorities for immigrant and refugee settlement and integration and building future sector stability through sustained and stable investment.

It has requested an opportunity to meet with Hussen to offer the council’s expertise and experience in helping to meet “your stated commitments, and to share some of the main priorities for Ontario’s immigrant and refugee-serving sector.”

“As an immigrant and refugee himself I believe that Minister Hussen will bring a new and much needed perspective and approach to the portfolio. His personal experience puts him in the perfect position to be able to relate and empathize with the realities of many immigrant and refugee families. 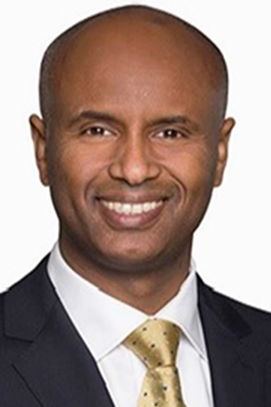 Ahmed Hussen, The new Immigration, Refugees and Citizenship minister is fluent in English, Somali, and Swahili.

“This is a very important portfolio and he has the intellect and all of the requisite skills for the job. He is more than capable. His appointment is also historic as the first Somali Minister,” says Parsons.

Adaoma Patterson, president of the Jamaican Canadian Association, says the JCA is thrilled that Hussen was appointed the new minister.

“We hosted a reception for he and MP Celina Caesar-Chavannes after the 2015 election and he attended the official launch of our new social services organization, CACFCAN. Ahmed has shown he is a hard worker, very committed to his constituents as well as the larger African Canadian community. I think he will bring an important perspective to the immigration file. We look forward to working with him,” says Patterson.

Born and raised in Somalia, Hussen came to Canada in 1993 as a 16-year-old refugee, attended high school in Hamilton and eventually settled in Regent Park where he became active in community engagement.

In 2002 he co-founded the Regent Park Community Council and was able to secure the $500 million revitalization project of Regent Park, all while ensuring the interests of the area’s nearly 15,000 residents were protected.

Hussen served as the national president of the Canadian Somali Congress – a Somali community organization that works with national and regional authorities to advocate on issues of importance to Canadians of Somali heritage and strengthen civic engagement and integration.

His results-driven reputation led to an invitation to join the task force for modernizing income security for adults in the Toronto City Summit Alliance.

The new Immigration, Refugees and Citizenship minister is fluent in English, Somali, and Swahili, and earned his B.A (History) from York University and his law degree from the University of Ottawa.

In 2004, the Toronto Star recognized him as one of 10 individuals in Toronto to have made substantial contributions to the Somali and African Canadian community.

Since being in Ottawa, Hussen has served on the Justice and Human Rights Committee, and the Canada-Africa Parliamentary Association.