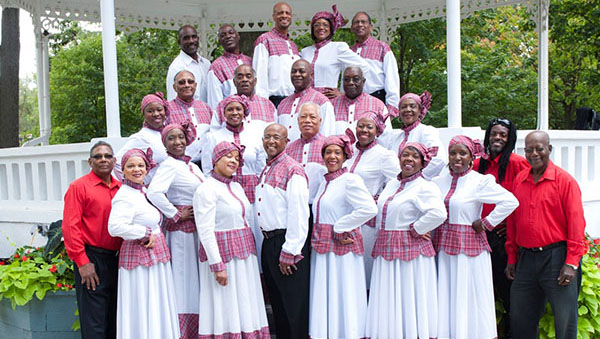 The Heritage Singers, a Caribbean and African folk and spiritual choir, is celebrating its 41st anniversary this year.

Saturday, February 11, 2017 — Earlier this week, The Selection Committee of the African Canadian Achievement Awards of Excellence (ACAA) announced the recipients of the organisation’s prestigious awards for 2017.

The 15 distinguished, accomplished individuals — from a wide variety of vocations — will be recognised and honoured as “contemporary Black history-makers”, on Saturday, February 25, at the ACAA’s 33rd. annual gala, one of the African Canadian community’s most prestigious Black History Month events.

The African Canadian Achievement Awards of Excellence (ACAA) was established in June, 1985 — by Michael L. Van Cooten, Founder, Publisher and Editor of Pride News Magazine — with the mission of finding, recognising and honouring high-achieving, illustrious African Canadians, and using their success stories of excellence to inspire and motivate the community’s youth to emulate these “contemporary Black history-makers”.

After over three decades, the ACAA has paid tribute to over 400 high-achieving, accomplished African Canadians, during Black History Month, and has evolved into one of the Black community’s most distinguished and prestigious honours. 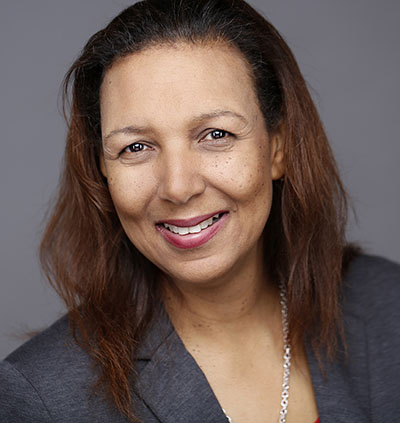 Excellence in Arts/Entertainment
The Heritage Singers-Canada, a popular 40-year-old folk and spiritual choir — renowned for spreading and promoting Caribbean and African culture and folklore, globally — has performed in festivals in Canada, Holland, Taiwan, Germany, Mexico and Venezuela.

The group, which has also presented many sold-out pantomimes for the Caribbean community, has received great acclaim for its artistic merit, family-themed entertainment, and exposition of the Caribbean and African culture to young people.

Excellence in Business Award:
Marie Clarke Walker, a passionate fighter for the rights of workers, a significant resource in any business, is the youngest and first Black to hold the position of Executive Vice-President at the Canadian Labour Congress (CLC). 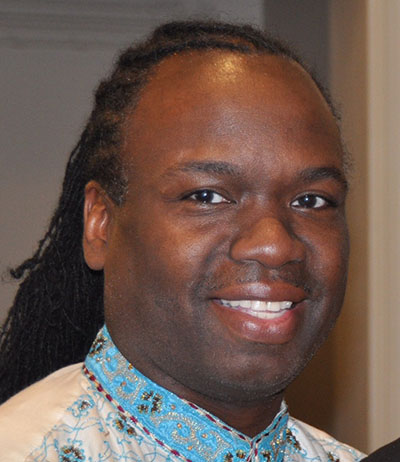 A former Canadian Union of Public Employees (CUPE) Ontario equity vice-president and its first-ever national diversity vice-president, she is also, currently, an executive member of the Coalition of Black Trade Unionists.

Excellence in Community Service:
John O’Dell, a national representative of Unifor, one of Canada’s largest unions is, since 2005, the co-chair of the Toronto Police Service’s(TPS) Black Community-Police Liaison Committee. 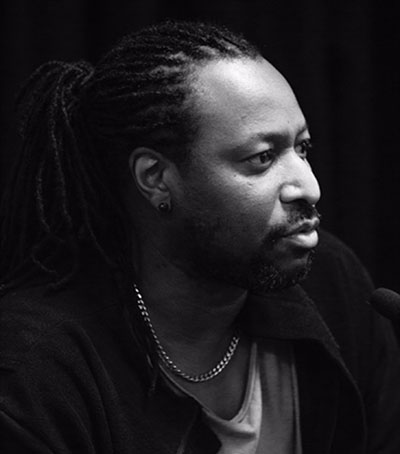 Excellence in Education:
Dr. Rinaldo Walcott, an interdisciplinary black studies scholar, whose work is widely published in journals, books, newspapers and magazines, is Associate Professor and Chair, Department of Sociology and Equity Studies, Ontario Institute for Studies in Education (OISE) at The University of Toronto, and the director of the Women and Gender Studies Institute. The author of Black Like 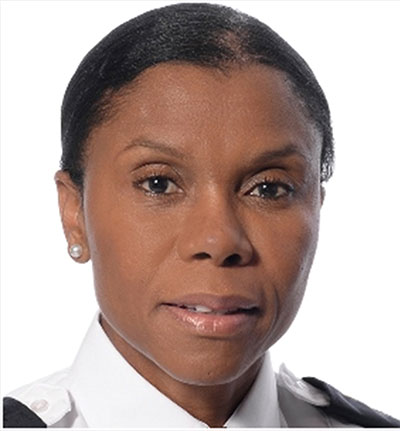 Who: Writing Black Canada — published in 1997 with a second revised edition in 2003 — Dr. Walcott is also the editor of Rude: Contemporary Black Canadian Cultural Criticism.

A past president and current secretary of the Caribbean Canadian Association of Waterloo Region, Supt. Berkeley-Brown also sits on the board of directors of Peel Family Mediation Services.

She has an honours diploma in social services and is a graduate of the University of Guelph School of Business and Economics with a Masters in leadership.

Excellence in Management and Leadership: 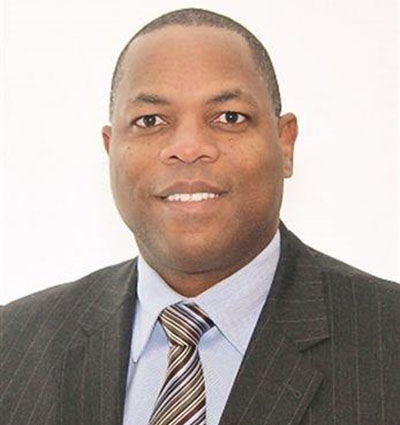 A former President and CEO of the Nelson Mandela Children’s Fund (Canada), Beckles was also vice-chair of World Relief Canada and a director of the United Way of Peel Region. 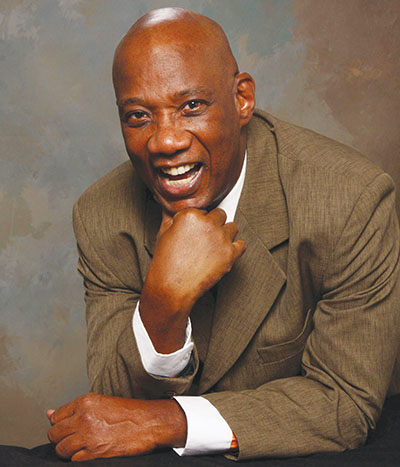 In 1993, a difficult year for the paper, Joseph says there were real fears that it would fold, but he “came to the rescue as an investor” and, using his marketing skills, “saved the paper from going under”.

A self-proclaimed master baker, Joseph is also the owner of Papa Joe’s Bakery, and was a successful carnival masquerade costume designer. 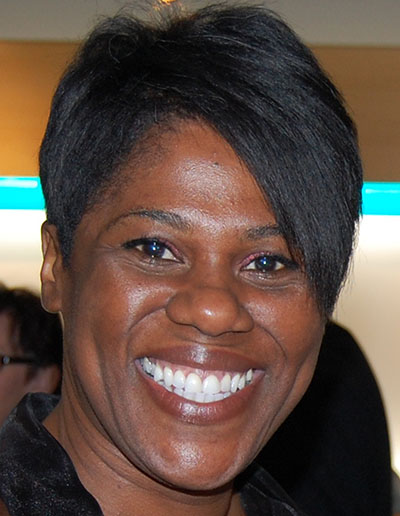 Excellence in Medicine:
After working in the management and senior leadership levels of hospitals for more than 20 years, Sheryl Bernard recently launched her own consulting firm, Bernard Consultancy.

A Registered Nurse and a certified health executive of the Canadian College of Health Service Leaders (CCHL) — with clinical and administrative experience across various healthcare sectors — Bernard, the former Director for the geriatric and neuropsychiatry program at Ontario Shores Centre for Mental Health Sciences, is the founding president of the Jamaican Canadian Association of Nursing. 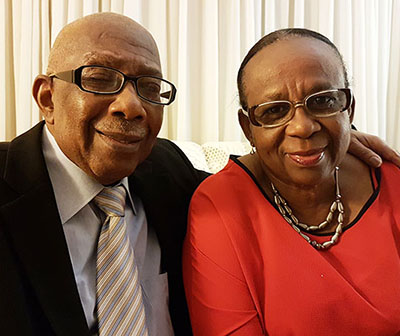 Excellence in Parenting:
Rev. Mr. Royston and Mrs. Claire Jones, who have been married for 47 years and who their children describe as “exemplars of parenting”, have, despite the physical challenge of blindness, raised four successful, university-graduated adult children.

The loss of his sight changed the family dynamics, but Royston continued to work in ministry and social services for as long as he could. Claire became the breadwinner and has been working in the childcare sector for over 35 years.

Their children say their father is a strong patriarch and a very prominent spiritual leader for them, and describe their mother as being “quiet and reflective”, noting that, “her strength is powerful.” 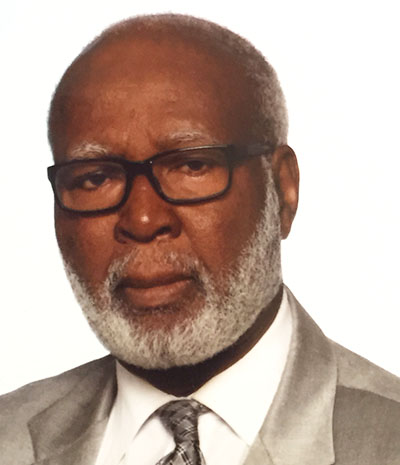 Excellence in Politics:
Eric Williams, former President of the Malton Black Development Association, is a veteran Trustee for Mississauga Ward 5 at the Peel District School Board, for over 20 years.

Williams was the chair of the Instructional Program/Curriculum Committee for the past eight years and represented the board on the Mississauga Traffic Safety Council also for eight years.

He sat on the Ontario Public School Board Regional Council for 19 years, was a director for 13 and is currently the enrolment vice-president – the first racialized person to serve that organization in these capacities.

Williams was one of the four Black Peel school trustees who successfully proposed the idea of naming a school in Peel after former Ontario Fairness Commissioner and Federal Cabinet Minister, Jean Augustine. 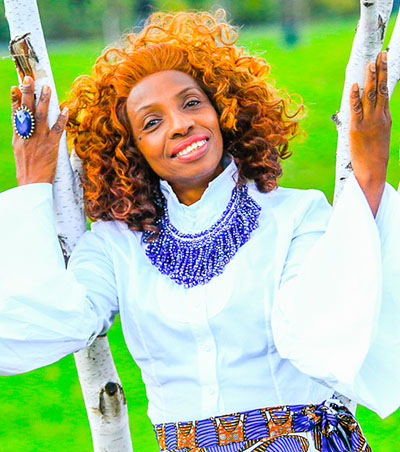 Her humanitarian work through her Foundation, based in Canada and Ghana, has resulted in 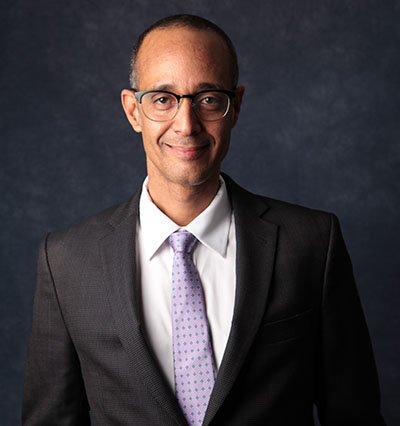 her being enstooled as Her Royal Highness Queen Nana Oye Sika I of The Royal House of Berekuso Aquapem, Ghana, West Africa.

This happened after she brokered $1.5 million in anti-retroviral medicine for people living with HIV/AIDS in Sub-Saharan Africa.

Excellence in Science:
Dr. Tabo Sikaneta is a researcher, general internist and nephrologist at The Scarborough Hospital whose professional interests include clinical research and teaching at the hospital and at the University of Toronto. He supervises resident and graduate student research projects, and has published 18 peer-reviewed, science research articles.

A founding member of the African Caribbean Kidney Association, a chapter of the National Kidney Foundation, Dr. Sikaneta has served as a member of the Ethics Review Board of The Scarborough Hospital since 2005, and as its vice-chair since 2016. 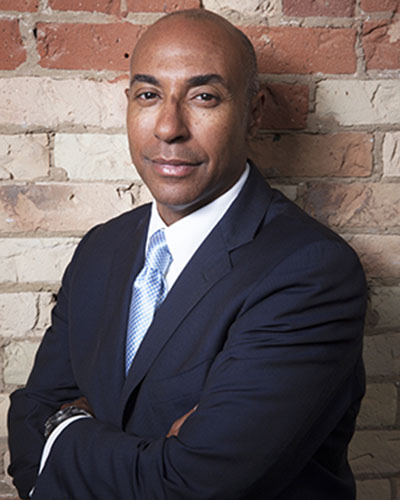 Excellence in Sports:
Jeffrey L. Orridge is the 13th. and first African Canadian Commissioner of the Canadian Football League (CFL), where he is repositioning the CFL for the future.

After taking the helm two years ago, the first black commissioner in North American professional sport has introduced a progressive and inclusive approach, designed to further engage avid CFL fans while attracting a new generation of fans. 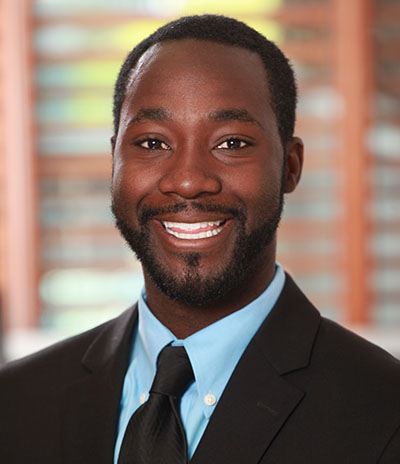 Prior to the CFL, Orridge was the executive director of sports and general manager, Olympics at the Canadian Broadcasting Corporation (CBC), where he successfully secured the media rights to the 2014 and 2016 Olympic Games, the 2015 Pan/Parapan American Games, and the 2018 and 2020 Olympic Games.

Youth Achievement Award:
Remi Ojo Jr. is an all-round achiever who has excelled in academics, sports, entrepreneurship, and giving back to the community. His passion for robotics initially led him to pursue studies in engineering and, while he specialized in biochemical engineering, he has continued to fuel his interest in robotics through involvement with the For Inspiration and Recognition of Science and Technology (FIRST) Robotics Competition as a mentor to high school teams. Ojo currently plays with two of North America’s top Ultimate Frisbee teams in both professional and club level leagues, and has represented Canada on the world stage in Italy in 2014, Dubai in 2015, as well as Colombia, China, and England in 2016. 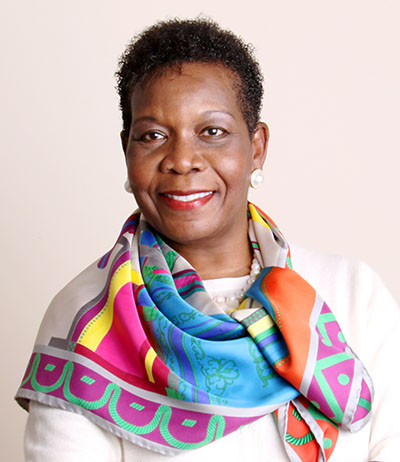 The award-winning company employs over 500 temporary, permanent, casual and contract workers across Ontario, who speak over 70 different languages.

Her strong civic engagement is demonstrated in her appointed roles: Honours and Awards Secretariat – Order of Ontario selection committee (2013 to present); the Ontario Judicial Council (2010-2014); board member and chair of Seneca College board of governors (2000-2006); member of the board and chair of Academic & Patient Care Committee of Sunnybrook & Women’s Hospital; board member of the Toronto International Film Festival Group capital campaign; chair of United Way of Greater Toronto (Caribbean Committee) and the Bishop Strachan School board of governors (1995).

Cyril Thomas Matthew Outstanding father Figure Award
Dr. Allan Carswell is a professor emeritus of physics at York University whose generosity as a philanthropist has helped many young people in Toronto.
Through the Carswell Family Foundation, which he runs with his three children and two of his eight grandchildren, he funds education and healthcare causes.

Its generous gift to York University, which is being matched by the university, will create an expendable fund and a permanent endowment, both of which will provide scholarships for graduate students in science and engineering programs. Carswell has made over a million dollars and other significant donations to the university.

During a summer when most officials were concerned about an increase in gun violence in the city, Dr. Carswell used funds from the family foundation to help create summer jobs for youth living in at-risk neighborhoods. 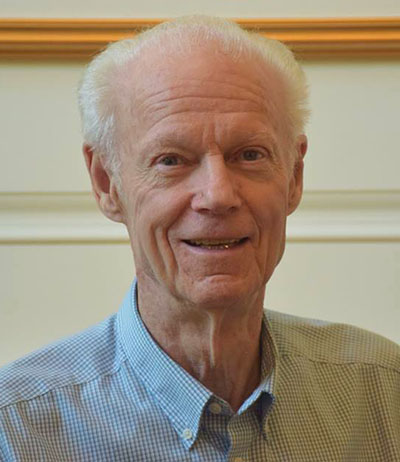 He matched the federal government’s boost of $606,000.00 to create summer jobs and donated that amount to help increase jobs for Toronto’s youth.

York University and the Regent Park School of Music will establish a new research chair in music education, and develop a new partnership through a $2 million gift from the Carswell Family Foundation (CFF).

In addition to the new research chair, the funding will support the music school’s collaboration with the Jane-Finch community, benefiting more than 1,300 children.

The $2 million CFF gift will fund the Helen Carswell Chair in Community Engaged Research in the Arts, a permanent endowed chair position within the School of the Arts, Media, Performance & Design (AMPD), York University.

Dr. Carswell is not only an exceptional father in the eyes of his children and extended family, he has a passionate and a proven track record of assisting in the development of young people, especially those whose needs have been left behind.

The ACAA gala will also celebrate Canada’s 150th. birthday and the significant contributions, made by thousands of African Canadians — from Matheui De Costa, in the early 17th. century, to Viola Desmond, to Rosemary Brown, to the Hon. Lincoln Alexander, to hundreds of contemporary, hard-working, industrious persons of African ancestry — to the development and success of their beloved country.

The 33rd. annual African Canadian Achievement Awards of Excellence gala will be held at the Jane Mallett Theatre, inside the St. Lawrence Centre for the Arts, 27 Front Street, East, in downtown Toronto.

For tickets to this important and prestigious gala, call the ACAA office at (905) 668-8869; email: acaa@bellnet.ca or visit its website: www.africancanadianachievementawards.com.