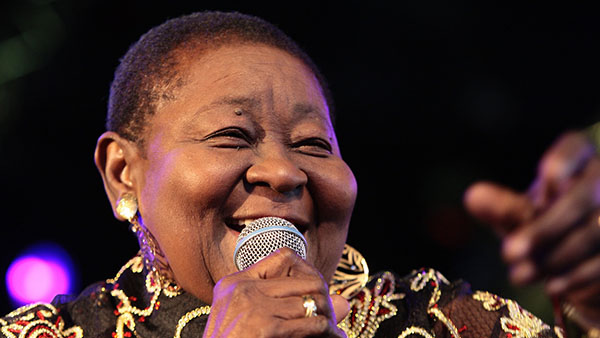 PORT OF SPAIN, Trinidad and Tobago, March 3, 2017 (CMC) – Veteran calypsonian Calypso Rose is being honoured for her contribution to the twin island republic and her recent international achievement.

During yesterday’s post-Cabinet media briefing Minister of Community Development, Culture and the Arts, Dr. Nyan Gadsby-Dolly, said Calypso Rose will receive a diplomatic passport and, with her permission, an aircraft in the Caribbean Airlines fleet will be named after her.

Two weeks ago, the veteran calypsonian won the World Album of the Year at the Victoire de la Musique award in France. The award is considered the French equivalent of a Grammy award.

Calypso Rose also became the first artist from Trinidad and Tobago to have an album go gold.

Last year she was also awarded the 2016 Artist Award by the World Music Expo (WOMEX).