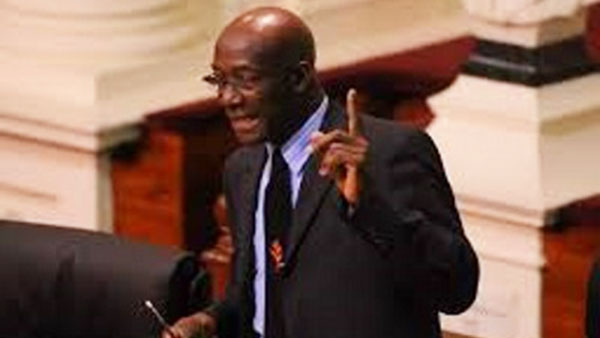 PORT OF SPAIN, Trinidad and Tobago, March 6, 2017 (CMC) – The Trinidad and Tobago government said, today, it would pay an estimated TT$2.5 billion (One TT dollar =US$0.16 cents) in arrears to public servants at the end of March, and blamed the former administration for saddling the country with such a burden.

Prime Minister, Dr. Keith Rowley, speaking in Parliament, said that the former People’s Partnership government of Kamla Persad Bissessar had agreed to huge wage increases at a time when there was “no source of recurrent revenue” to meet the payment.

He told legislators that the opposition must know “that when this offer was made and contracted with public servants, there was no source of recurrent revenue to pay it.

“It had to be paid from borrowings. That is a handover from the last government. At the time when 14 percent was given to public servants it was done with their eyes wide open that there was no revenue to pay that money. So to keep that contract, we are now having to borrow,” he said.

Public servants, as well as police and members of the other security forces, have been calling on the Rowley administration to pay the outstanding funds, with the Public Service Association (PSA) President, Watson Duke, warning, last week, that all outstanding arrears owed to public servants must be paid by Tuesday.

“And if nothing is done and no cheques are being cut to facilitate the payment by this month-end, then we will do what we have to do, but the feteing (party) is over and we are not jamming still. We want all of the back pay arrears and there will be zero tolerance on that. We want to hear no excuse whatsoever, none,” he told reporters.

Rowley told Parliament that the funds to pay the arrears had come as a result of a “borrowing drive” by Finance Minister Colm Imbert.

“As the Minister of Finance had given a commitment earlier on, to find the monies to keep the commitment that was made, in an environment where there was significant challenges to pay these monies to public servants.

“Half of those monies were paid earlier on and I can tell today, Madam Speaker, that the Minister of Finance has been able to arrange the source of funds to ensure that the monies are available by March 31 to pay public servants their outstanding back pay,” Rowley said.

But Rowley warned that the payment of the back pay “will not be delayed as a result of no funds being available after March 31 but the departments’ ability to make the pay sheet prepared and ready for disbursements to officers”.