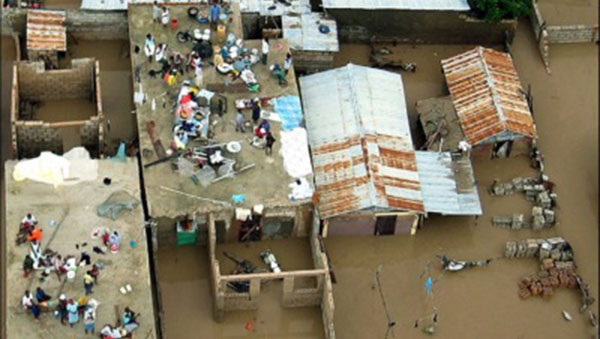 His call came on the eve of the fifth Regional Platform for Disaster Risk Reduction in the Americas, which opens in Montreal, Canada, on Tuesday.

“While the government’s civil protection system prevented many deaths, it is unacceptable that over 600 people should have died in a hurricane that was so well-forecast,” he added.

The magnitude of the losses shown by a thorough government-led Post-Disaster Needs Assessment would be a devastating blow to any economy. It came on top of two years of drought affecting the food security of one million people and the 2011 earthquake which cost 120 per cent of GDP, he said.

Glasser urged strong support for the three-year recovery plan developed by the Haitian government, the UN and other partners that seeks US$2.72 billion.

He said that Haiti demonstrated how implementation of the Sendai Framework for Disaster Risk Reduction 2015-2030, the global plan to reduce disaster losses, has to take into account the role that poverty plays in driving disaster risk.

Haiti is estimated to have lost on average 2 per cent of its GDP to weather-related disasters every year between 1975 and 2012.

The March 7-9 conference, hosted by the Canadian government in cooperation with the United Nations Office for Disaster Risk Reduction (UNISDR), marks the first opportunity for governments and stakeholders of the Americas to discuss and agree on a Regional Action Plan to support the implementation of the Sendai Framework for DRR 2015-2030.

The Sendai Framework recognises Global and Regional Platforms for DRR as key mediums for its implementation, building on the pivotal role that they have already played in supporting the implementation of the Hyogo Framework for Action 2005 – 2015.

It also underscores the need for the Global Platform and the Regional Platforms to function as a coherent system of mechanisms in order to fully leverage on the potential of collaboration across all stakeholders and sectors to provide guidance and support in its implementation.

The main focus of the conference will be to discuss how governments, ministers, civil society leaders, technical and scientific institutions, private sector, media could drive the implementation and measurement of the expected outcomes of the Sendai Framework in the Americas.

The Regional Platform consists of an intergovernmental segment, technical sessions, parallel and special events where participants will be able to interact and discuss the implementation of the Sendai Framework, best practices and lessons learned.

A key feature will be the High-Level segment where Ministers and other high-level authorities will prioritize the DRR agenda for the next two years in the Americas region. A key outcome of this discussion will be the approval of a Regional Action Plan for the Americas.