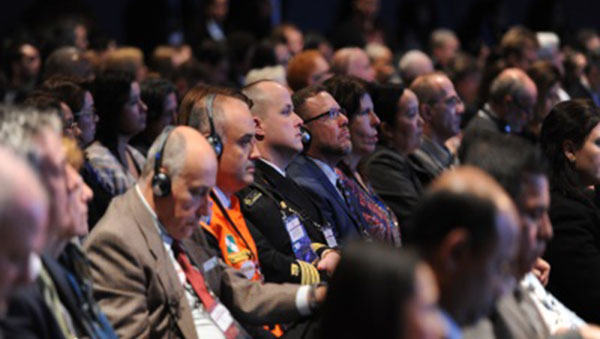 MONTREAL, Canada, March 7, 2017 (CMC) – The fifth Regional Platform for disaster risk reduction in the Americas began here, yesterday, with the United Nations reiterating a call for the reduction of greenhouse gases that it has labelled “the single most urgent global disaster risk treatment”.

Head of the United Nations Office for Disaster Risk Reduction, Robert Glasser, told a gathering of more than 1,000 delegates from 50 countries, including the Caribbean, that climate change remains inextricably linked to the challenges of disaster risk reduction (DRR).

“We also recognize that reducing greenhouse gas emissions is arguably the single most urgent global disaster risk treatment, because without those efforts our other efforts to reduce many hazards and the risks those pose to, would be overwhelmed over the longer term,” Glasser said.

“The regional plan of action you will adopt this week will help and guide national and local governments in their efforts to strengthen the links between the 2030 agenda Climate Change Adaptation and Disaster Risk Reduction as national and local DRR strategies are developed and further refined in line with the Sendai Framework priorities over the next four years.”

The March 7-9 conference, hosted by the Canadian government in cooperation with the United Nations Office for Disaster Risk Reduction (UNISDR), marks the first opportunity for governments and stakeholders of the Americas to discuss and agree on a Regional Action Plan to support the implementation of the Sendai Framework for DRR 2015-2030.

The Sendai Framework recognises Global and Regional Platforms for DRR as key mediums for its implementation, building on the pivotal role that they have already played in supporting the implementation of the Hyogo Framework for Action 2005 – 2015. 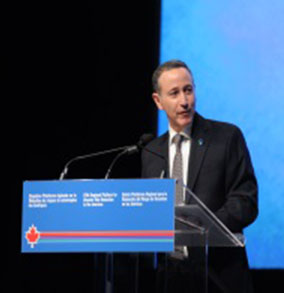 It also underscores the need for the Global Platform and the Regional Platforms to function as a coherent system of mechanisms in order to fully leverage on the potential of collaboration across all stakeholders and sectors to provide guidance and support in its implementation.

The main focus of the conference will be to discuss how governments, ministers, civil society leaders, technical and scientific institutions, private sector, and media could drive the implementation and measurement of the expected outcomes of the Sendai Framework in the Americas.

Glasser said the work of adopting and implementing the Sendai Framework is “important for the rapid urbanization taking place across the region, which brings with it new challenges for risk governance and disaster risk management”.

He said Latin America and the Caribbean is the most urbanized region of the world as over 80 percent of its population live in urban areas and that it could increase to 90 per cent within a few decades.

The conference is being held under the theme “Resilience for All”.

In his welcome remarks, Canada’s Minister for Public Safety, Ralph Goodale, told the gathering they need to make good use of their time together, to move forward on a robust regional action plan that can increase the open exchange of research and technology that can save lives worldwide.

“A plan that is grounded in the Sendai Framework’s guiding principles that can help strengthen and organize, prepare, budget and govern; and how we engage critical partners…and a plan that can let us use our collective influence to increase the number of countries and territories and organizations that do have strategies in place to reduce the risks of disasters,” he added.