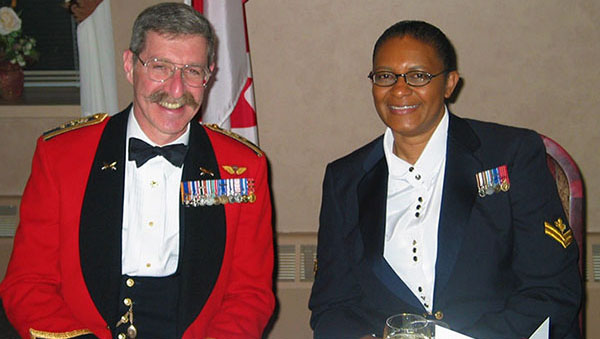 OTTAWA, Ontario March 8, 2017 — Jamaica-born, Sergeant (Retired) Joan Buchanan, who joined the Canadian Armed Forces (CAF) in 1987 and was assigned as a Resource Management Systems (RMS) clerk, has many memorable moments to share from her 27-year career in the CAF.

The first of several that come to mind when she is asked to name her best day, occurred during her deployment to Bosnia-Herzegovina from 2000 to 2001 with the 2nd Battalion, Princess Patricia’s Canadian Light Infantry (2 PPCLI). 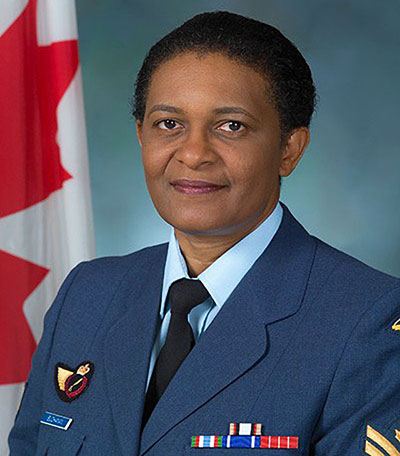 Sergeant Joan Buchanan, pictured in 2004, retired from the Canadian Armed Forces in 2014 and now works as a civilian in personnel development at National Defence Headquarters in Ottawa. Photo credit: ©2004 DND/MDN Canada.

She was part of Operation PALLADIUM, CAF’s contribution to NATO peacekeeping efforts in the region. However, it was work outside of her official duties as a RMS clerk that left the strongest impression.

“I collaborated with the padre and our Personnel Support Programs staff to collect care packages of goods our members wouldn’t crucially need, and would distribute them to locals,” Sgt (Retd) Buchanan recalled. “We would also raise money to buy necessities such as diapers and groceries.”

She also collected food and clothing for orphans and spent time helping out at the local orphanage and hospital.

The retired sergeant may have left the uniform behind in 2014 when she retired from active duty, but that commitment to others continues in her current role as a civilian administrator with Canadian Forces Support Unit (Ottawa) (CFSU(O)) in personnel development, where she helps military members who are upgrading their education or preparing for transition to civilian life.

That Buchanan was an outstanding soldier is clear from her record: a NATO Service Medal for her time in Bosnia-Herzegovina; a South-West Asia Service Medal from her service with NATO; and the General Tommy Franks Commendation for volunteer services performed while serving at NATO Headquarters Central Command at MacDill Air Force Base in Florida from 2002 to 2003.

She was additionally recognized for leading change within the CAF itself with a Corporate Award in Human Resource Management in 2009. The honour recognized her volunteer work in furthering employment equity.

She was commended at the time for being “a prime example of walking the talk” by promoting the importance of inclusiveness, as well as for participating in many Defence Visible Minority Advisory Group (DVMAG) activities.

These included conducting awareness seminars, volunteering in military parades, representing the Department of National Defence and the CAF at civic and community events, and helping to develop programs such as Black History Month and Asian Heritage Month.

Buchanan is a past Military Co-chair of DVMAG in Winnipeg, from 2001 to 2003, and in the National Capital Region, from 2007 to 2009. She was the first Black woman to hold the post of President of the Mess Committee, Rideau Canal Junior Ranks Mess in Ottawa, from 2004 to 2005. 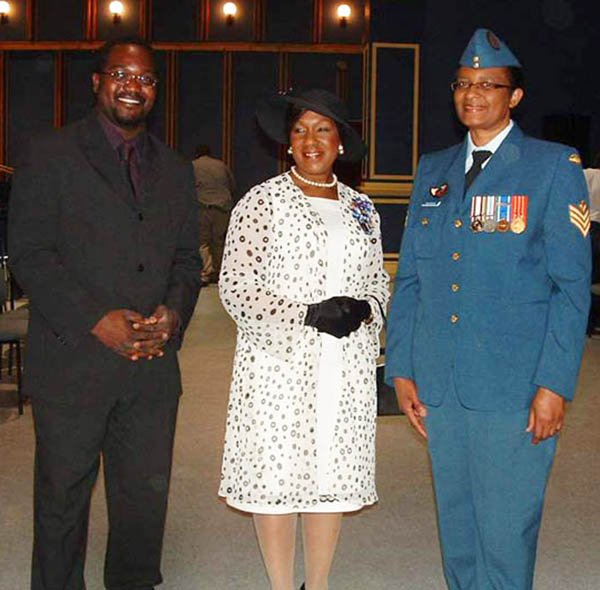 Despite her numerous achievements, Buchanan also faced various challenges as a person of colour and as a woman in a non-traditional environment. 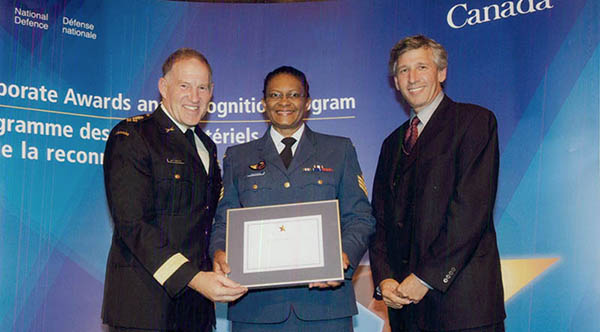 “The greatest challenge I encountered as a military member was a lack of peer support,” she added. “Over my 27 years of service, I was the only Black person in all my courses and also the only Black woman in the units that I served with. I had no one to identify with, and my peers seemed to see me as ‘the Black woman’, not as a soldier like themselves.”

Even so, Sgt (Retd) Buchanan added that she has had many positive experiences, including her time at NATO HQ, where she deployed with 2 PPCLI.

“2 PPCLI was a male-dominated unit,” she said, “but one where male members were respectful of women, looking out for them and each other.” 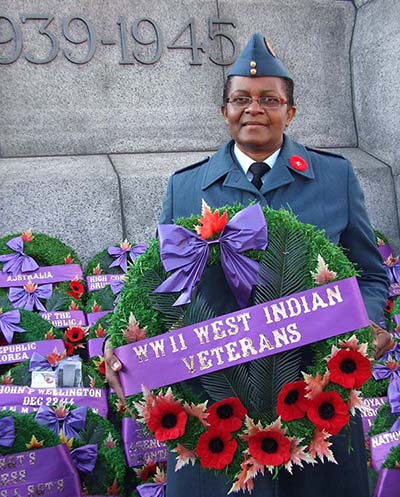 In fact, the moment she calls her worst in uniform had nothing to do with her work, which also included five years as an RMS clerk in the Primary Reserve with Ottawa’s 33 Service Battalion, while continuing her full-time day job with CFSU(O).

“In Bosnia, I was called into a meeting with the padre. It is always scary having a meeting with the padre that you don’t initiate,” she recalled. “I was told my son had been in a car accident and was lying unconscious in the hospital back home in Winnipeg. I was repatriated to Canada and as soon as he was stable and out of the hospital I returned to my duty in Bosnia. My son recovered.”

Explaining that part of her motivation for joining the Canadian Armed Forces stemmed from a desire “to do something different” and a natural resistance to the idea of what some would consider “non-traditional women’s jobs”, Sgt (Retd) Buchanan added that she has seen the CAF make real progress on matters of diversity.

“I can see there are changes taking place in the CAF. However, there is still a lot of work to be done. There has to be other methods to ensure visible minority members can feel that the CAF belongs to every Canadian and that they are part of it,” she noted.