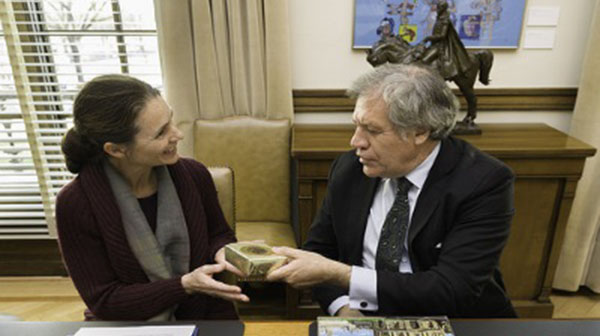 WASHINGTON, DC March 10, 2017 (CMC) – The Organization of American States (OAS) says it is collaborating with the Oxford Poverty and Human Development Initiative (OPHI) to promote the use of the Multidimensional Poverty Index in the region.

The index is a technical tool useful for effective monitoring of compliance with the 2030 United Nations Sustainable Development Goals.

OAS Secretary General, Luis Almagro, said the initiative, signed, yesterday, aims “to promote initiatives for the strengthening of ministries or institutions responsible for developing public policies to combat poverty and inequality in the region.”

The Secretary General also announced that, as the first activity resulting from this collaboration, a Regional Workshop for the Measurement of Multidimensional Poverty will be held shortly in Colombia, designed for public servants.

OPHI director, Sabina Alkire, said that in analyzing the poverty data, it is necessary to go beyond the income index.

Alkire also said it is necessary to consider variables such as access to education, nutrition, or sanitation and potable water, among others.

“Poor people suffer many deprivations at the same time, such as lack of education or living in an environment of violence,” she said, adding “poverty is also multi-dimensional”.