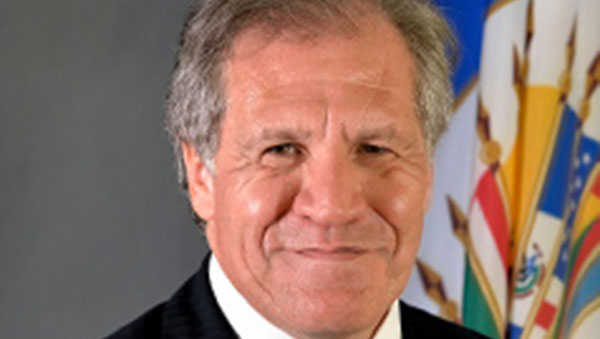 WASHINGTON, DC March 10, 2017, (CMC) – A new report by the Organization of American States (OAS) has underscored the need for a hemispheric approach to increased migration flows.

The report notes that irregular migration transcends issues of a bilateral or regional nature, and stated that migration management must necessarily involve countries of origin, transit and destination.

“In recent times, the region has received irregular migrant flows from Africa, Asia and the Caribbean. This situation cannot be solved unilaterally; the response must have a hemispheric perspective,” Almagro said.

The Foreign Minister of Costa Rica, Manuel González, whose country asked the OAS to prepare the report, said it confirms “the marked increase in mixed migratory flows in the Americas.”

He said his country will host a regional forum, in the second half of the year, to discuss the “complex” issue.

The report points out that those irregular flows into the Americas, of migrants from Africa, Asia and the Caribbean, need to be analyzed according to their specific origins and characteristics.

The report also states that lack of documentation, language barriers, and lack of consular and diplomatic representation, make it difficult for national authorities, international organizations and civil society to manage migration.

In addition, the report notes that the majority of migrants, who arrive in the region from outside the Americas, come from Eritrea, Somalia, Ethiopia, Nepal, Bangladesh, China, India, Iraq and Sri Lanka.

The report notes that there has been a significant flow of Cuban nationals who moved to Ecuador, a country that had withdrawn entry visa requirements for Cubans.

Additionally, the report indicates that there was a growth in the flow of Haitians migrating to Latin America, particularly Brazil, especially since the devastating 2010.