New in Pride
Home / Arts & Entertainment / Producers And Director Of Award-winning Film, “Trafficked”, May Be Heading To Court 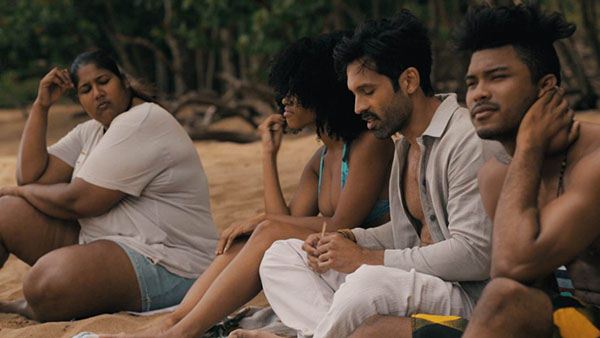 In the movie "Trafficked", George, Penny and Nadia are best of friends and, while on vacation on an idyllic Caribbean island, they find themselves being seduced by a stranger’s wealth and charm. When the stranger’s true motives are revealed, the three friends realise that they are pawns in a deadly game. Photo contributed.

Producers And Director Of Award-winning Film, “Trafficked”, May Be Heading To Court

PORT OF SPAIN, Trinidad and Tobago, March 10, 2017 (CMC) – It’s a film that has been seen at 20 film festivals in the Caribbean, North America and Europe, gaining widespread commendation.

Now it appears that those behind the award-winning film, “Trafficked”, are heading to court, over ownership, as well as financial compensation.

Garth St. Clair and his wife, Natasha Nunez, told a news conference that they raised an estimated TT$945,000 (One TT dollar =US$0.16 cents) for director of Quirky Films, Sean Hodgkinson, to produce the film that tells the story of a group of friends on vacation, who are unwittingly lured into drug trafficking.

But the husband and wife team claim they are yet to receive the final, uncut version of the movie, as the rights of ownership are under question and Hodgkinson wants the pair to pay him TT$200,000 to secure the master.

Flanked by music business consultant, Fabien Alfonso, attorney Timiola Ade-John and Richard Cornwall, Chief Executive Officer and Vice-president of the Trinidad and Tobago Copyright Collection Organisation, St. Clair presented a document, providing an overview of the ownership issues of “Trafficked” and a detailed breakdown of the financial accounts. 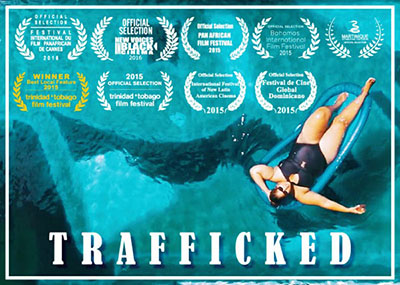 Among the contributors is the British High Commissioner, with St. Clair saying that the idea for the movie was conceived by himself and his wife, along with Hodgkinson.

“If we had come together and pooled our funds, and thrown a barbecue, it would have been a private battle, but the funds came from government and state agencies. We got permission from the Ministry of Health and The National Alcohol and Drug Abuse Prevention Program (NADAPP). I had to get permission from NADAPP Director, Wendy Ann Wattie. After he (Hodgkinson) got $945,000 plus profits, he is insisting we pay him $200,000 if we want the film,” said St. Clair, who, along with his wife, also hosts a radio program on drug abuse here.

St. Clair and Nunez were inspired to make a movie on drug trafficking after having spent several years interviewing Trinidadians imprisoned in the United Kingdom and the United States.

They said they wanted the movie to serve as a deterrent to substance abuse, drug and human trafficking.

“Trafficked” was released in September 2015.

“We are in the process of sending a pre-action protocol letter to Hodgkinson and Quirky Films. It was never about money, fame or glory. It was about educating the public and raising awareness, and trying to support some of the people, who inspired the story behind the film,” said attorney Ade-John.

“Unfortunately, they have been prevented from doing what the film was intended for. It is about setting the record and exercising their intellectual rights to “Trafficked”. We are seeking a declaration of their rights and a full account of the profits and redistribution for their intended profits and charities who were intended to benefit,” the attorney added.

In a statement, Hodgkinson said he would not comment on the matter and “you have to speak to my attorney,” Jason Nathu, who is quoted in the Trinidad Express newspaper, today, as saying that St. Clair and his team made multiple inaccurate statements.

“We strongly refute the allegations made and have sought the advice of our attorneys-at-law to defend our name. We have sought legal advice with regard to the ownership of the intellectual property rights in this film and have been corresponding with St. Clair on these issues since June 2016.

“Our attorneys-at-law have been actively engaged in discussions with two previous lawyers representing the interests of St. Clair. It is particularly regrettable that previous discussions between the parties, in an attempt to resolve this issue amicably, have broken down….” Nathu said.