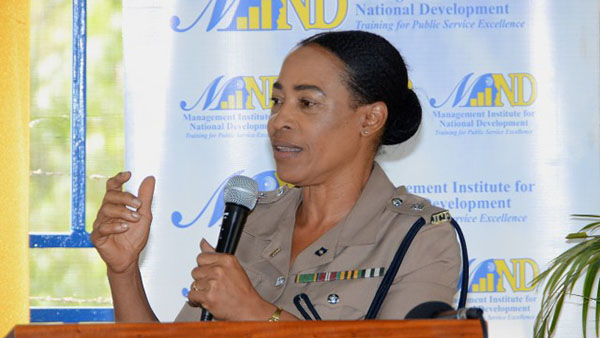 Head of the Clarendon Police Division, Superintendent Vendolyn Cameron Powell, seen speaking at a policy forum on building safe communities in March, 2016, said the drive to stop and search young men wearing hoodies was part of the efforts to combat crime in the parish. Photo credit: Melroy Sterling/JIS.

KINGSTON, Jamaica, March 13, 2017 (CMC) – The human rights group, Jamaicans for Justice (JFJ), has criticised a decision by police to stop and search young men wearing hoodies, as part of an effort by law enforcement to clamp down on criminal activities in the country.

“The police are to have a good reason for searching somebody to begin with. They don’t have the right to just stop and search everybody. To add to that, if they are stopping and searching everybody wearing a hoodie, that’s profiling, and that’s being quite discriminatory,” said JFJ executive director, Horace Levy. 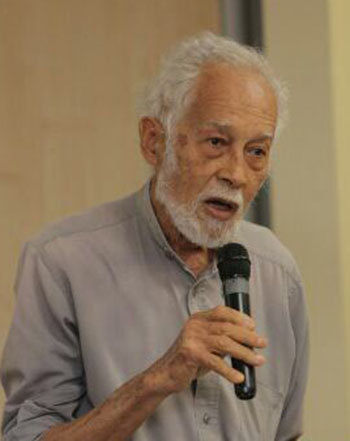 Head of the Clarendon Police Division, Superintendent Vendolyn Cameron Powell, said that the drive to stop and search young men wearing hoodies, was part of the efforts to combat crime in the parish and questioned why anyone should need to wear hoodies in Jamaica’s tropical climate.

But Levy told the Jamaica Gleaner newspaper that there is no right on the part of the police, to implement such a strategy.

“Just because there are some crimes being committed by guys with hoodies, you are to start searching every hooded guy? It’s a style and a matter of self-identification!”

Powell told the newspaper that the Clarendon police have received “quite a number of” reports where men dressed in hoodies commit crimes in the parish.

“If you look at the reports from most of our crime scenes – murders, shootings, break-ins, robberies – a common feature is men dressed in hoodies. As a result, we are looking out, seriously, for persons so attired, walking around with offensive weapons, especially when they appear in my town centre and roadways connected to the town centre.”

Powell said that the strategy was not new to the island as other police divisions have already adopted a zero-tolerance approach towards the wearing of hoodies.

Last year, more than 130 people were murdered in Clarendon, which recorded the third-highest number of murders in the 19 police divisions across the island.

The police have responded to the murders by partnering with a few faith-based organisations, including The Errol Rattray Evangelistic Association and the May Pen Ministers’ Fraternal, to launch Operation Hope that would target unattached youth in the parish, particularly those in the constituencies of Central and South East Clarendon.