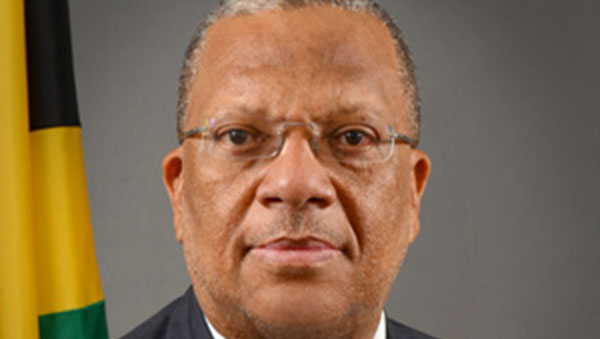 Phillips, a former finance minister, in his contribution to the debate in Parliament, this afternoon, slammed the ruling Jamaica Labour Party (JLP) for a “confusing” budget process that also displayed incompetence.

“The confusion was evident in the discussions of the Standing Finance committee, when it became clear that the right hand of the government didn’t know what the left hand was doing….”

“This is not a growth budget,” he said, while noting that the real increase was approximately six percent when the cost for debt servicing is removed, and about one to two percent in real terms, when inflation is removed.

Phillips also criticised the government for what he has characterised as its failure to make adequate provisions for the ongoing fight against crime and violence.

Phillips, who was also a former Minister of National Security, said there was no evidence in the new budget of the “unprecedented” expenditure that the government had promised in its efforts to bring the country’s soaring murder rate and other crimes under control.

Turning to the tax package of J$13.5 billion (One Jamaica dollar =US$0.008 cents) the opposition spokesman said it was ill conceived and should be withdrawn, as it was motivated by partisan concerns and not national interest.

Last week, in opening the budget debate, Finance Minister, Audley Shaw, announced several new taxes as well as plans to withdraw funds from the National Housing Trust (NHT), Phillips said, while he supports the raising of the income tax threshold, he did the same several on occasions during his tenure as Finance Minister.

expense of a severe dislocation of the economy.

Phillips said the Government had broken its promise of not instituting new taxes to finance an increase in the income tax threshold to J$1.5 million, noting that several Jamaicans who would not benefit from the tax break will have to dig deeper into their pockets.

He said the introduction of the new taxes has led to instability in the business landscape and (this) “was no way to run a country”.

The government has been faced with mounting criticism following the presentation of its tax package.

However, during a press briefing, yesterday, Shaw said the package was strategically designed and the decisions were not taken lightly.

Last Thursday, Shaw, in opening the 2017/2018 Budget Debate, announced a raft of tax increases as the government seeks to finance the budget.

The budget is an almost 20 percent increase over the current year’s, moving from J$592.7 billion to $710 billion when it was tabled in February.

Shaw announced measures to secure funds from additional taxes, and the re-evaluation of the property tax .

The hike in taxes will stem from an increase in the special consumption tax on fuel.

The budget debate will continue on Thursday when opposition leader, Portia Simpson Miller, makes her presentation.

On March 21, Prime Minister Andrew Holness will contribute to the debate that will be closed by Shaw on March 22.