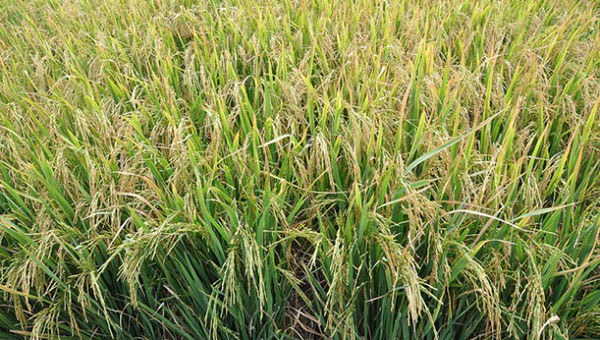 The massive rice industry in Guyana, which provides employment for at least 100,000 people, is just one area of the Caribbean’s agriculture sector under threat from climate change. Photo credit: Desmond Brown/IPS.

GEORGETOWN, Guyana, March 16, 2017 (IPS) — As Caribbean Community (CARICOM) countries continue to build on the momentum of the 2015 Paris Climate Agreement and the 22nd Conference of the Parties (COP22) of the United Nations Framework Convention on Climate Change (UNFCCC) in Marrakech in 2016, special emphasis is being placed on agriculture as outlined in their Intended Nationally Determined Contributions (INDCs).

The historic climate agreement was approved on Dec. 12, 2015 at COP21. INDCs is the term used under the UNFCCC for reductions in greenhouse gas emissions that all countries which are party to the convention were asked to publish in the lead up to the conference.

In their INDCs, the countries of CARICOM, a 15-member regional grouping, have prioritized adaptation in the agricultural sector, given the need to support food security.

They are now shifting their focus from climate planning to action and implementation. To this end, the Inter-American Institute for Cooperation on Agriculture (IICA) hosted a Caribbean Climate Smart Agriculture (CCSA) Forum here recently to raise awareness of best practices, by promoting and supporting climate change actions, while providing a space for dialogue among relevant actors and allowing them to discuss the challenges and successes of  Climate Smart Agriculture.

Climate Smart Agriculture has been identified as offering major wins for food security, adaptation and mitigation in the Caribbean.

As countries move forward with their plans, he recommended they participate in NDC Partnership, a global initiative to help countries achieve their national climate commitments and ensure financial and technical assistance is delivered as efficiently as possible.

“Much work still needs to be done by countries to create more detailed road maps, catalyse investment, and implement the plans to deliver on their climate commitments,” said Bhatia, who helps to manage one of the largest climate change projects of the World Resources Institute (WRI).

“It’s worth exploring the options and how the NDC Partnership can offer support,” Bhatia added.

As of February 2017, there were approximately 40 countries involved in the NDC Partnership, as well as intergovernmental and regional organizations such as the U.N. Food and Agriculture Organization (FAO), United Nations Development Programme (UNDP), European Bank, the World Bank, the Global Environment Facility (GEF), the Inter-American Development Bank (IDB) and the United Nations Environment Programme (UNEP).

The major pillars of the Partnership to drive ambitious climate action include sharing knowledge and information and facilitating both technical and financial support, thus encouraging increased efficiency, accountability and effectiveness of support programmes.

The Partnership develops knowledge products that fill critical information gaps and disseminates them through a knowledge sharing portal.

Nearly all of the countries in the Caribbean have experienced prolonged droughts, posing significant challenges to food production in one of the regions most vulnerable to climate change.

Another speaker, Climate Change Specialist in the United States Agency for International Development (USAID) Climate Change Office, John Furlow, emphasized the importance of participation from multiple sectors in the process of creating Nationally Appropriate Mitigation Actions (NAPs), using Jamaica as a case study for how this was done effectively.

“In 2012, the then prime minister of Jamaica asked USAID to help Jamaica develop a national climate policy. Rather than starting with climate impacts, we wanted to start with what Jamaica defined as important to them,” Furlow explained.

“So, we wanted to bring in the actors responsible for those economic sectors for discussion on how they would address climate and hazard risk reduction in a national policy,” he added.

Furlow continued that the goal is to get climate change out of the environment ministry and into the ministries responsible for the sectors that are going to be affected.

This, he said, has the potential of putting developing countries in the driver’s seat in locating “multiple sources of funding – domestic, bilateral aid funding and multi-lateral aid funding” – so countries can take a role in what’s going on within their borders.

The Climate Change Policy Framework for Jamaica outlines the strategies that the country will employ in order to effectively respond to the impacts and challenges of climate change, through measures which are appropriate for varying scales and magnitudes of climate change impacts.

It states that relevant sectors will be required to develop or update, as appropriate, plans addressing climate change adaptation and/or mitigation.

Within the Policy Framework there are also Special Initiatives based on new and existing programmes and activities which will be prioritized for early implementation.

Each year the Caribbean imports 5 billion dollars worth of food and climate change represents a clear and growing threat to its food security with differing rainfall patterns, water scarcity, heat stress and increased climatic variability making it difficult for farmers to meet demand for crops and livestock.

In recent years, nearly all of the countries in the Caribbean have been experiencing prolonged drought, posing significant challenges to food production in one of the regions most vulnerable to climate change. 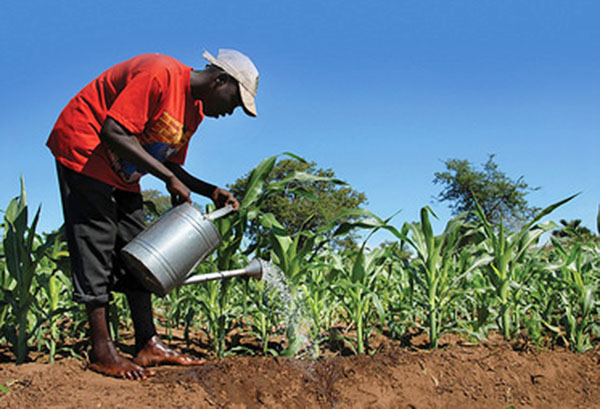 Organizers of the CCSA Forum say there are many common agriculture-related topics in the NDCs of the English-speaking Caribbean countries, including conservation and forestry, water harvesting and storage, and improved agricultural policies.

All but one of the Caribbean countries included the issue of agriculture in their respective INDC. The sector is addressed in the INDCs with the priority being on adaptation. However, more than half of the countries also included conditional mitigation targets that directly or indirectly relate to agriculture.

The commitments made by all the countries denote the priority of the sector in the region’s development goals and the need to channel technical and financial support for the sector.

IICA said agriculture also has great potential to achieve the integration of mitigation and adaptation approaches into policies, strategies and programmes.

It also noted that the commitments made by each country, both through the Paris Agreement and in their respective INDCs, provide a solid foundation for tackling the global challenge of climate change with concrete actions keyed to national contexts and priorities.