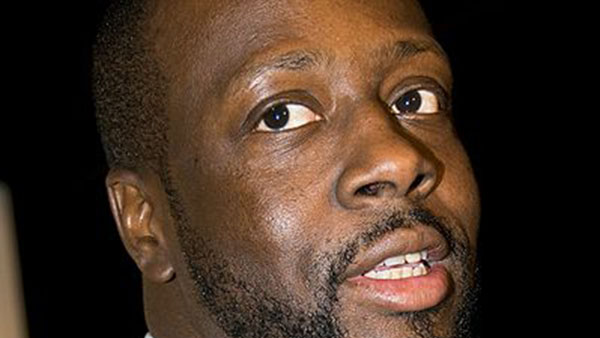 LOS ANGELES, California March 22, 2017 (CMC) – Haitia-born hip-hop artist, Wyclef Jean, says he was handcuffed and briefly detained by police, yesterday, after they mistook him for a suspect in a robbery, near the studio where he had been working.

In a short video message on Twitter, the musician was shown standing in the dark next to a patrol car with his hands behind his back.

“L.A. [Los Angeles], right now, coming from the studio. Y’all [you all] see the police have handcuffs on me.

“They just took off my Haitian bandanna. That’s what’s going on right now with Wyclef in L.A. right now. The L.A.P.D. [Los Angeles Police Department] have me in cuffs for absolutely nothing.”

An officer with the Los Angeles County Sheriff’s Department later confirmed that Jean had been briefly detained, as deputies were investigating a report that a man and a woman had been robbed at gunpoint and beaten at a Sunset Boulevard intersection.

Jean was released when the victims said there was no female in the getaway car, and the three deputies and the sergeant at the location with Jean were also informed that the real suspect had been arrested elsewhere.

Jean, 47, is demanding a formal investigation into what he said was racial profiling by the Los Angeles Sheriff’s Department.

Jean’s spokeswoman, Melanie A. Bonvicino, told the Miami Herald that the popular singer was subjected to “police brutality, racial profiling, police bias and the ongoing discriminatory practices of law enforcement officials, which remain rampant throughout the United States, and for which the LA Sheriff’s office is deeming a case of mistaken identity.”

She said Jean was calling on Los Angeles Mayor, Eric Garcetti, LAPD chief, Charlie Beck, and the LA Sheriff’s Department to mount an investigation into his racial profiling allegation, while also asking “the ACLU [American Civil Liberties Union] and Black Lives Matter to join him in defense of civil liberties and racial bias.”

“He wasn’t even given a minute to think,” she said.

Jean, who was born in Haiti and grew up in New Jersey, sold millions of albums in the 1990s as a member of the Fugees, the Grammy-winning hip-hop and R&B group that included Lauryn Hill and Jean’s cousin, Prakazrel Michel.

Jean has also had a high profile outside of the music industry and he made an aborted bid for the presidency of Haiti after the earthquake there in 2010.