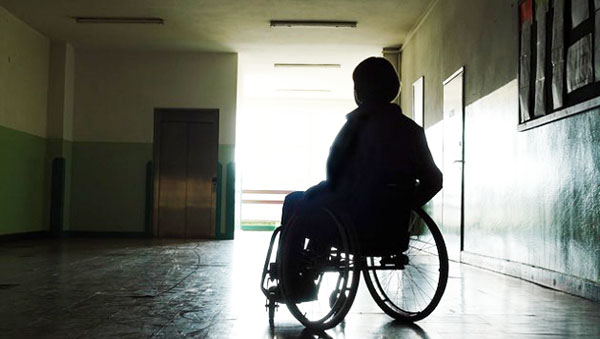 There is still need for better educational opportunities, housing, medical care, and everything that is extended to other citizens in the Caribbean. Photo credit: Bigstock.

PORT OF SPAIN, Trinidad and Tobago, March 23, 2017 (IPS) — Visually impaired Kerryn Gunness is excited about the possibilities offered by a new, free app that would serve as his eyes and enable people like him to enjoy greater independence.

The Personal Universal Communicator (PUC) app is part of a new generation of cheaper assistive technologies, making their way onto the market, which allow people with disabilities to use technology that was formerly too expensive, but provided them with greater independence.

Gunness had the opportunity to do a test run of the app, with its accompanying Internet-based Video Assistance Service (VAS), as part of a pilot project being launched by the Caribbean Telecommunications Union (CTU), under the umbrella of its ICT for People with Disabilities initiative.

Regional statistics suggest that about five percent of the population in the Caribbean have a disability.

With this app, Gunness said, “I am able to be independent, manage my affairs, feel comfortable just like my sighted peers.”

Consultant to the CTU, Trevor Prevatt, explained to IPS, “The service is a VAS. It is built on the capability of your smart phone. You have medication to take, you can call [the service’s] agent who will tell you ‘Okay, hold up the bottle’. You put your phone on it and the agent will be the eyes for the person.”

“If a hearing person wants to communicate with a deaf person, she calls the agent who will sign or text or transcribe what you are saying to the deaf person,” he added.

“We want to ensure that our citizens are able to make effective use of technology to transform their lives. People with disabilities are part of that.” — CTU Secretary General Bernadette Lewis.

Assistive technologies definitely make a difference in the lives of people with disabilities, who would otherwise enjoy almost no independence, says Roseanna Tudor, Operations Manager at the Barbados Council for the Disabled (BCD). She described the cost of those technologies as “prohibitive”.

However, as communications technology continues to evolve, the CTU is seeking to harness the opportunities presented by this new generation of technology to increase the independence of people with disabilities. 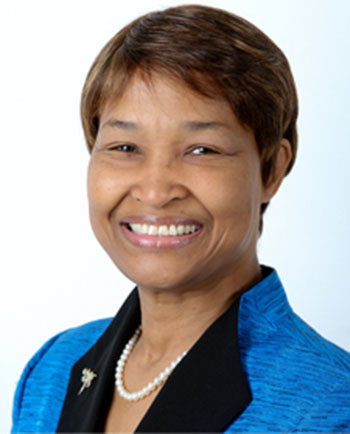 “The technical revolution has precipitated convergence of formally distinct disciplines…if we are going to exploit the full potential of technology, we have to deal with all sectors of our national community….We want to ensure that our citizens are able to make effective use of technology to transform their lives. People with disabilities are part of that,” said CTU Secretary General, Bernadette Lewis.

For this reason, the CTU launched its series of ICT for People with Disabilities workshops, beginning in Jamaica in 2013, “to raise awareness of the ICT tools that are readily available for people with disabilities.”

Prevatt said, “The basis of the Caribbean Video Assistance Service (CVAS) is really a video relay service that has existed abroad for quite some time, but it has been an expensive proposition; you needed proprietary equipment. The technology has changed so radically that you just download an app now and you access the service.”

Lewis explained that a pilot project will be conducted by the CTU “to collect as much data as we can. Based on the information from the pilot, we will determine the best way to roll out the CVAS.”

She explained that there is a lot of data available on the service, which is based on proprietary equipment, but very little for the free service, based on the app.

Among the information the pilot project will seek to capture is whether an agent from one country would be able to interpret, correctly, what a deaf person from another country is saying so as to relay it correctly, given differences in local vernacular in each island. Because of resource limitations, the service would start with an agent in Trinidad and Tobago, the home base of the CTU.

The cost of the service to the visually or hearing-impaired would be the cost of using the Internet, Prevatt said.

However, the CTU is in negotiations with network operators to route the calls from other islands to the VAS centre in such a way that they do not incur international charges, Lewis said.

“The network operators are very enthusiastic about the service,” she added.

She described regional governments as being “gung-ho” about the service and expressing an interest in having it implemented in their countries.

Barbados, like Trinidad and Tobago, has signed the convention on the rights of the disabled. However, equality in all areas of life remains a work in progress for the disabled community in both countries.

Forty-eight-year-old Rose-Ann Foster-Vaughan, Administrative Project Officer with the BCD, said while Barbados is making strides towards those objectives, there was still need for “better educational opportunities, housing, medical care; everything that is extended to other citizens.”

Foster-Vaughan, who lives with cerebral palsy, drew attention to the BCD’s efforts to have legislation passed that would ensure designated parking areas for the disabled. “We had a petition of over 12,000 signatures to take to the Parliament to legislate it. We have not heard anything in over a year.”

Tudor explained that the parking legislation has been awaiting approval by the Barbados Parliament for more than 10 years.

Employment continues to present particular challenges for people with disabilities. The 2012 Social Panorama report, by Economic Commission of Latin America and the Caribbean, states that while “The census data available for 18 Latin American and Caribbean countries show that type of disability has a considerable impact on the economic activity undertaken by persons with disabilities.”

Nevertheless, “In all cases, the percentage of persons, aged 15 and over, with one or more forms of disability who are economically active, is much lower than the percentage for persons without any disabilities.”

Gunness thinks the CVAS would greatly enhance the job prospects of people with disabilities. “The service would put you on par with your sighted counterparts. It would add and enhance what we are hoping for,” he said.