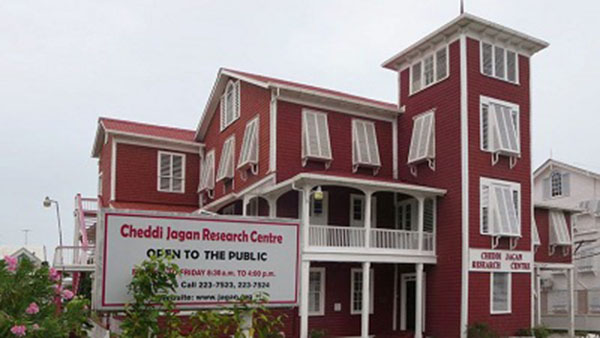 GEORGETOWN, Guyana, March 24, 2017 (CMC) – The Guyana government hinted, today, at the possibility of appealing a ruling by the High Court that it had jurisdiction to hear a constitutional case about the revocation of a lease of a building occupied by the Cheddi Jagan Research Centre Inc. (CJRCI).

Last December, President David Granger announced he had revoked the lease of the building, known as “The Red House”, and had handed down instructions to end the lease, in a letter to Minister of State, Joseph Harmon, more than one year after the coalition government had engaged the CJRCI on the matter.

Williams said that after the discussions broke down, he sought to determine the legality of the lease agreement, and that investigations revealed that the lease is invalid on several grounds, including that there is no evidence that the President of the day had sanctioned it.

He said President David Granger was entitled to immunity from civil law suits in his activities, conducted while in office, and recalled that a former president had used the same defence in a matter, earlier this month.

While he did not name the former head of state, Williams was, no doubt, referring to Bharrat Jagdeo, who had told reporters, that when he was being questioned by police investigating a controversial land deal, involving other former government ministers, he had invoked his immunity for activities carried out while he was head of state.

“This is a sitting president…he has immunity from civil suit….I say the court has no jurisdiction,” Williams told reporters.

Acting Chief Justice, Yonette Cummings-Edwards, delivered her ruling in Chambers, today, against Williams and the Guyana Lands and Surveys Commission.

“The court ruled that it has jurisdiction to hear the matter, that the issue of non-disclosures, which was alleged by the Attorney General, is not a matter that goes to jurisdiction, that the question of presidential immunity is — while the president is immune from the curial process, the president’s acts are not immune — and in any event that does not go to jurisdiction.

“Those are matters which are going to be ventilated at the hearing of the matter,” said Anil Nandlall, the attorney representing the Cheddi Jagan Research Center.

He said the matter comes up, on April 12 and 21, for arguments to be heard on the substance of the affidavits, after which the Attorney General is expected to file an answer within seven days.

Nandlall may reply if necessary.