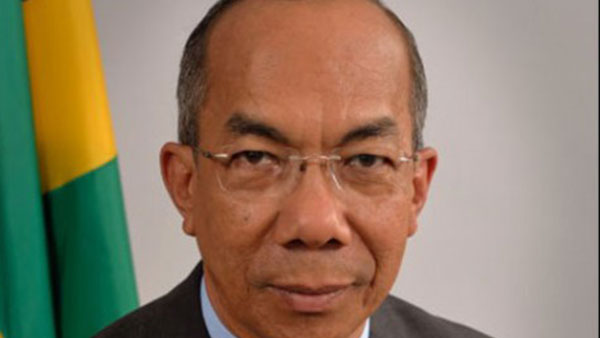 Jamaica's Minister without Portfolio in the Ministry of Economic Growth and Job Creation, Dr Horace Chang.

“Non-revenue water might not be something we can eliminate, but if we can get it from 60 percent to 30 percent, that is an additional 30 million gallons of water at the same cost of production,” Minister without Portfolio in the Ministry of Economic Growth and Job Creation, Dr Horace Chang, told a luncheon meeting of the Rotary Club of St. Andrew.

He said also the periodic lock-off of water supply, in sections of the Corporate Area during the dry seasons, could also be eliminated.

He noted that the ongoing Kingston and St. Andrew Non-Revenue Water Co-Management Project, to achieve this goal by reducing non-revenue water and improving waste-water collection, has already been impactful.

But he acknowledged that resolving this challenge would result in the National Water Commission (NWC) being more viable and being able to offer reasonable and stable water rates for the long term.

“We are working to get (the NWC) to function more efficiently, and getting the non-revenue water situation under control is a critical part of that,” he added.

Chang said arrangements are now being made to build a new plant at the Rio Cobre to supply an estimated 15 million gallons of water, daily, which, along with the non-revenue water project, will provide enough water to make the Kingston Metropolitan Area (KMA) drought-resilient, as well as provide for commercial activity.

He said this is particularly important, as much of the economy revolves around the availability of water and proper waste-water collection systems.

“I think we can make the (KMA region) genuinely drought-resilient, within the next three years, and bring it a reliable quality supply. It is a required part of the foundation to build the economy and to restore Kingston,” he said.

The J$42.5-million Kingston and St. Andrew Non-Revenue Water Co-Management Project falls under the Kingston Metropolitan Area Water Supply Improvement Program that was started in September 2015, through funding from the Inter-American Development Bank (IDB).

Non-revenue water is currently estimated at 59 percent of the volume that enters the water supply and distribution networks, which is lost primarily through leakage.

Under this project, the proposed reduction of NRW within Kingston and St. Andrew is expected to be 45 percent in two years, moving to 30 percent at the end of the contract. By project end, it is anticipated that the NWC will realise an economic benefit of J$29.2 billion.