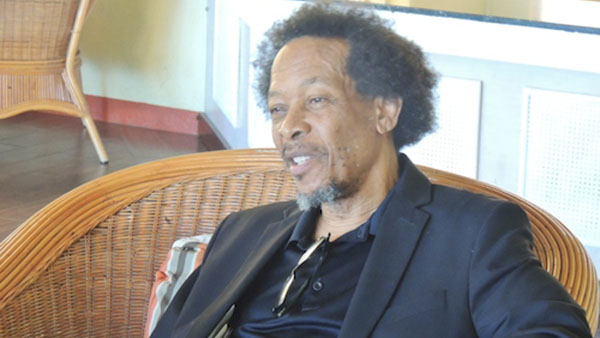 CASTRIES, St. Lucia, March 27, 2017 (CMC) – A prominent regional economist is suggesting that countries of the Organisation of Eastern Caribbean States (OECS) replicate a model being utilised by Grenada and Antigua and Barbuda for future economic growth.

Dr. Vanus James, who participated in a weekend OECS Economic Growth Forum in Grenada, noted that the biggest impediment to growth of the economies of the sub-region is their small size and scale of production — and the lack of a unified regional approach to development.

Citing tertiary education as one of the sectors with the greatest potential for growth, James noted Grenada and Antigua and Barbuda were leading in tertiary education in the OECS and suggested that the model must now be replicated across the OECS in other growth sectors, such as the creative industries and the ICT sector, identifying skills gaps and helping to attract foreign investment through a regional approach.

A statement from the St. Lucia-based OECS Commission said the Grenada forum was the final in the public education forum series, “Vini Kozé”, which engaged citizens of the OECS on key development issues such as education, climate change, agriculture, youth empowerment and regional integration.

The series is part of the public education component of the Economic Integration and Trade Program of the OECS region, funded by the 10th European Development Fund (EDF).

James, who has worked as a senior policy advisor to the United Nations Development Program (UNDP), said, with very slow growth in large economies such as the United States, Canada and Europe, the region is at a critical juncture in terms of its economic fortunes.

He told the forum that these developed countries and traditional allies are all threatening to close their economies and reduce imports from the region, a factor that can “negatively affect our ability to increase our exports, which is what we need as small countries in order to raise our rate of growth”.

He said that “for the first time, countries of the Eastern Caribbean are at a juncture, where they are confronted with the challenge of how to diversify their economies away from tourism, in the context of slow growth and falling imports in the North Atlantic.

“At this moment in our history, we must create new types of exports by building our domestic capital sector. That’s the most historic challenge we’ve ever faced, from slavery to now: how to create capital with our own capabilities. In that regard, we need new thinking about how to grow our economies.”

The economist said that as a region, “we need to return to the growth strategies we used before globalization.

“We import most of the assets we use to produce, but if you want to engage the world, you have to build domestic capability, to create demand in the world for the things we export. We must build up our domestic capital sector.

James said, that in order to build the domestic capital sector, “we have to confront the historical inequalities in our societies, including the unequal access to power”, adding that the people who get access to power and who shape policy in the region, are a select few, who have always had access to the levers of power and who have not invested well in the region’s domestic capabilities.

He is recommending, as a result of major reform in governance in the OECS and the wider Caribbean, calling for participatory budgeting at the national level and joint policy-making, both of which would ensure more people involvement and people participation in governance. 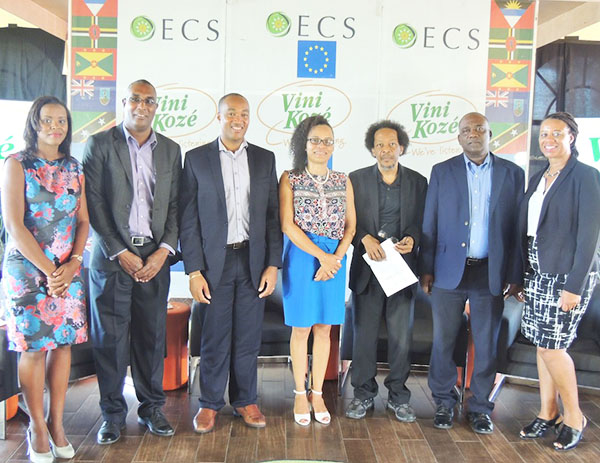 Dr. Vanus James (third from right) was one of the seven panelists at the forum, that included Grenada’s Economic Development Minister, Oliver Joseph (second from right) and President of the St. Lucia Hotel and Tourism Association, Sanovnik Destang (third from left). Photo credit: OECS.

“In the preparation of our national budget in Grenada, we have consultations, where we go throughout the island to get the views of farmers, the youth, and all stakeholders, to hear what they would like to see in the budget and what initiatives they would like the government to pursue at the community and national level,” he added.

Grenada has just successfully completed a home-grown structural adjustment program that had been supported by the International Monetary Fund (IMF), and Joseph said “the only reason we have been so successful is because we continue to listen to our social partners in shaping and implementing national policy.

“The success we have achieved is because of the participation and ‘buy-in’ we have had from the people.”

Regarding youth unemployment in OECS member states, Joseph said the era, of government being the largest employer, is coming to an end and that the approach now should be for government to give incentives to the private sector and seek to attract foreign direct investment to create jobs.

Joseph disclosed that in 2016, Grenada spent EC$30 million on training young persons through the Grenada Training Institute, and that this training is designed to provide them with the tools to create their own employment or to secure jobs in the specialized areas in which they are trained.

President of the St. Lucia Hotel and Tourism Association, Sanovnik Destang, said, in his presentation at the forum, there is scope to expand the contribution of tourism to the economies of the OECS.

“The tourism sector has seen tremendous growth in recent years. We had some rough years in 2008, 2009, and 2010, but we’ve seen steady growth since then,” Destang said, adding that the time has come to broaden the contribution of tourism to GDP beyond arrival figures.

He noted that visitor expenditure has a major trickle-down effect in the local economy, and there are millions of dollars to be gained from strengthening linkages between tourism and other sectors such as agriculture.