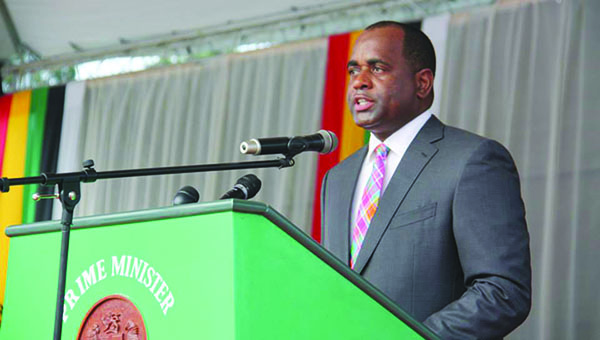 ROSEAU, Dominica, March 31, 2017 (CMC) – Prime Minister, Roosevelt Skerrit, has ridiculed calls, by the opposition, for his removal from office, saying that statements such as “Skerrit must go”, really meant he must go on continuing with policies to ensure the future socio-economic development of Dominica.

But as he ridiculed the calls for his resignation, leader of the main opposition United Workers Party (UWP), Lennox Linton, was telling a public meeting, in the capital, that the prime minister and his cabinet must step down and allow for a national unity government to be put in place.

The police, citing the need for public and national security, had earlier denied the UWP permission to stage a march here, on Thursday. Last month, several business places were looted and set on fire, following a meeting of the opposition UWP and the Dominica Freedom Party (DFP), where similar calls were made for Skerrit to step down. 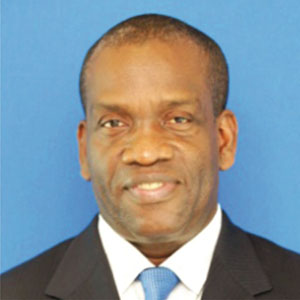 On Thursday, the UWP held two public meetings, including one in the capital, with Linton outlining the need for the government of national unity.

“We want, through the constitutional process, the appointment of a government of national unity that will look after, for a certain period, the management of the affairs of Dominica, for all Dominicans.

The UWP has been accusing Skerrit of using the CIP, through which foreign investors make substantial investment to the country in return for acquiring citizenship, to provide diplomatic immunity for persons wanted on various charges of corruption.

Linton told supporters that a government of national unity should also ensure “that all arrangements are concluded for electoral reform in this country, to include ID cards for voting, to include a clean accurate list of voters, to include access to all media in Dominica, to include law enforcement action against bribery …and illegal overseas voting and to include campaign finance reform”.

In the last general election, held here in 2014, the ruling Dominica Labour Party (DLP) won 15 of the 21 seats.