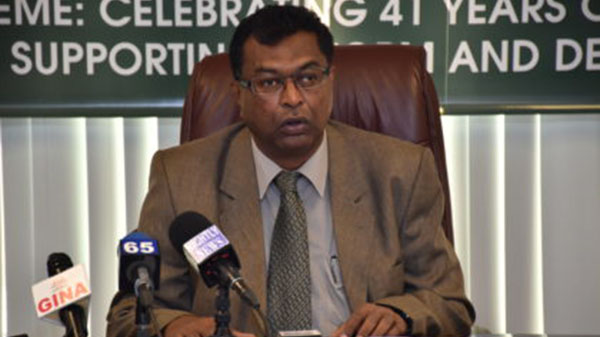 Public Security Minister, Khemraj Ramjattan said that Sittlington was conducting needs assessment in all aspects of the Guyana Police Force and was not involved in the work of the organization. Photo credit: GINA.

Yesterday, Parliamentary Opposition Chief Whip, Gail Teixeira, in a letter published in the local media, said that the party stands by its March 10 statement, calling on the British High Commission to state the role played by Sittlington, during the recent arrest of several opposition figures as part of the ongoing investigation into the controversial land deal under the former administration.

She said, while the High Commission has denied Sittlington’s direct involvement in the SOCU operations, “it is time that the government and the High Commissioner explain why this “advisor” accompanied SOCU on raids of local businessman and entered their premises”.

But Public Security Minister, Khemraj Ramjattan, told reporters that Sittlington was conducting needs assessment in all aspects of the Guyana Police Force and was not involved in the work of the organization. 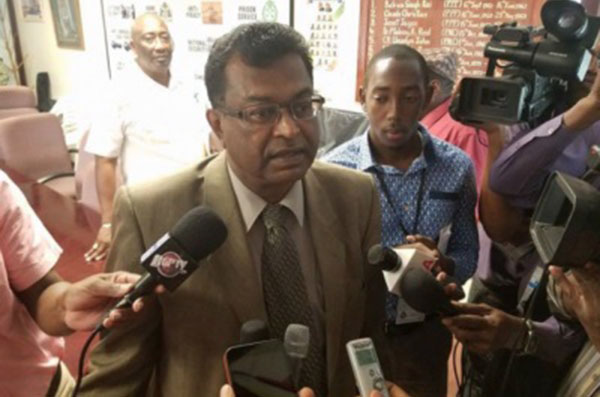 “He has to be here to do that needs assessment… when that is done, he will advise the government on what might be the best priorities and institutional arrangements to be put in place for a better security sector,” Ramjattan said, adding that the British advisor had also taken time to assess the work of the Public Security Ministry.

Ramjattan said Sittlington had not only visited SOCU, but had also visited several other places, including the prisons and police stations across the regions.

“It is a very comprehensive survey of all the organizations and he will so advise afterwards,” Ramjattan said, adding that he personally believes that Guyana needs that sort of independent valuation, and he hopes that there will be frank and full recommendations on what should be done.

Last month, Quinn said that Sittinlington was at SOCU in an advisory and training capacity and not in an operational role.

Ramjattan said he was also satisfied with the work being done by SOCU, telling reporters “there can be room for more satisfaction”.

“I think they need lots more fraud and financial investigators, and we are in the process of getting more quality policemen there, but it is not easy,” he said.