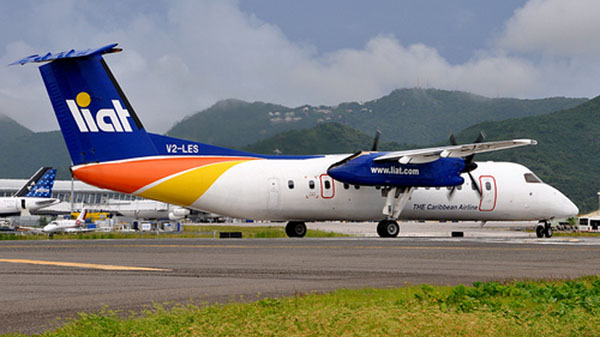 LIAT Stakeholders’ Meeting Ends With Agreement On Payment Of Salaries

BRIDGETOWN, Barbados, April 5, 2017 (CMC) – Shareholder governments of the cash-strapped regional airline, LIAT, last night, ended talks with regional unions, representing employees, with an agreement to ensure that salaries are to be paid on time, and averting possible industrial action

The meeting discussed a move by the Antigua-based carrier to implement a late payment schedule to its employees that is likely to continue for the next five months.

But St. Vincent and the Grenadines Prime Minister, Dr. Ralph Gonsalves, who is Chairman of the shareholder governments, told reporters that a settlement had been reached, after the unions had threatened industrial action if the airline had proceeded with the deferrals.

“I think that instructions have gone to the bank for the payments, so depends on which bank you are in, some persons would get paid tomorrow or the next day,” he told reporters, noting however, that there was no guarantee that the airline would not be late with salaries again, soon.

“The management is not saying that they would be in a position, on each occasion over the next three months, to pay precisely on time; there may be a couple of days deferral,” Gonsalves said. 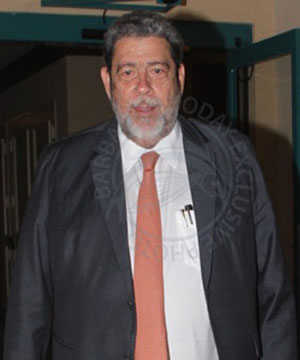 Earlier this month, the airline’s Chief Executive Officer, Julie Reifer-Jones, said that “LIAT’s management sincerely apologises for any disruption to the travel plans of our valued passengers at this time.

“We remain committed to working with our employees to resolve the issues, currently impacting the delivery of our service to the Caribbean.”

Last month, the airline sent a letter to the Chair of the Standing Regional Consultative Council of Trade Unions within the LIAT System (SRCCTULS), David Massiah, indicating that the airline’s major shareholders were willing to meet with a delegation from the unions “to have a structured discussion on the current financial position of LIAT, the industrial climate and the future of the airline”.

In a March 30 email to the airline’s staff, Reifer-Jones said that LIAT “is going through a difficult financial situation and has implemented a schedule of delays for salaries for all employees over the next five months.”

She said the financial delays are affecting all airline employees, including the executive team.

Reifer-Jones said the airline was proposing a five-month period, as it expects that the situation should improve by the summer months.

Gonsalves said the issue of salaries was an important one, but there were “several practical questions” that needed to be addressed, “which are of concern to the staff and the travelling public, by extension, that we hope, immediately, to be addressed over the medium term”.

He also revealed that plans had been drafted for the establishment of a technical committee to formulate a medium-term development plan for the struggling airline.

“What we decided, on the way forward, is that I would liaise with the President of the Caribbean Development Bank [CDB], who would name someone to draw up terms of reference for a technical committee, to study a series of issues affecting operations of LIAT.

“This would be fed into a task force, appointed by the shareholders, and that task force would hold consultations with all of the relevant stakeholders,” Gonsalves said.

“Hopefully we can put together these committees in the week after Easter Monday, and there is an outside time of three months for all of this technical and consultative work to be done and the report to be presented to the shareholders,” he told reporters.

Gonsalves said that the LIAT management would not be resting on their laurels while the consultative work was being completed, as they have a number of issues, pertaining to flight operations and the company’s day-to-day operations, to address.

Last weekend, LIALPA had called on the shareholder governments to dismiss the airline’s management. But Gonsalves did not address this matter in any detail, limiting his comments to an acknowledgement that those concerns were raised “in robust language”.

“The employees raised a number of issues relating to decisions, which, if the employees are correct about those matters, they would require immediate corrective action,” he told reporters.

LIAT is owned by the governments of Antigua and Barbuda, Barbados, Dominica and St. Vincent and the Grenadines.