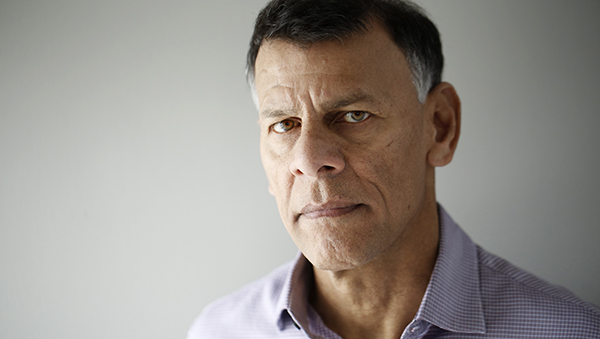 Guyana-born Hassan Yussuff, Canadian Labour Congress President, doesn't know yet if, because of working with asbestos-laced automotive products in his 20s and 30s, he will be diagnosed with cancer. Photo by Blair Gable.

On December 15, last year, the Canadian government announced that it “will work with the health, labour, trade and commercial sectors, among others, to fulfill its commitment to ban asbestos by 2018”.

Canada’s unions have been calling for this ban for decades, because asbestos is the leading cause of work-related death in this country.

More than 2,000 Canadians die every year from asbestos-related cancers like mesothelioma. Because it can take 20 to 50 years for cancer to develop after exposure, that number will initially continue to rise. But a ban means the tide will turn.

“This will, without question, save lives for generations to come, and make workplaces and public spaces safer for all Canadians,” said Canadian Labour Congress President, Hassan Yussuff, who, in May 2014, became the first person of colour to lead Canada’s labour movement.

Experts estimate that 150,000 Canadians are exposed to asbestos at work, particularly in industries like construction, automobile maintenance, shipbuilding, trade contractors, and waste management.

Internationally, the World Health Organization (WHO) reports more than 100,000 asbestos-related deaths every year.

“I immigrated to Canada from Guyana in my teens, and found work as a mechanic in my 20s and 30s. Like so many others in my trade, I was exposed to asbestos in brake pads and clutches. I don’t know yet if I’ll be one of the unlucky ones,” said Yussuff.

“What I do know is that there are far too many workers who, unlike me, may have been exposed to this killer for years without even knowing it,” he added. 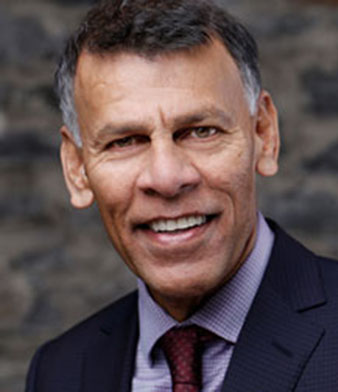 Over the years that Canadian unions were fighting for this ban, Yussuff says he spoke to many people who were affected by asbestos-related disease. Many had lost a loved one, while others were battling an asbestos-related illness themselves.

He said some workers, unknowingly, brought asbestos fibres home, exposing their children and spouses, putting them at risk of a future illness.

Canada’s last asbestos mines shut down in late 2011 and many Canadians believed that when Canada stopped mining it, the use of asbestos—and therefore the associated risk of exposure—dropped drastically.

In fact, while more than 50 other countries banned asbestos, imports into Canada of products containing asbestos—like brake pads and construction materials— actually rose, sharply, nearly doubling over the last five years. Asbestos imports to Canada grew from $4.7 million in 2011 to $8.3 million in 2015. Deaths from mesothelioma increased 60 percent between 2000 and 2012.

“This ban is about protecting workers, their families, and communities. Canada’s unions are committed to working with governments at all levels—and with First Nations—to ensure this ban is as effective as possible,” said Yussuff.

Yussuff spoke of the importance of involving First Nations communities in implementing this ban, as many homes on reserves contain friable asbestos-laced vermiculite insulation.

He highlighted the activism of Raven Thundersky, a health advocate, who died of asbestos-related cancer, after losing several family members to asbestos-related diseases. Her home on the Poplar River First Nation was insulated with asbestos-filled material.

Unions are still calling on provinces and municipalities to create inventories of public buildings containing asbestos, and for all levels of government to work together to standardize regulations around remediation and disposal.

In order to win this ban, Canada’s unions worked closely with organizations like the Canadian Cancer Society, scientific experts, and family members, who have seen loved ones suffer through an asbestos-related illness.

Michelle Côté’s father, Clem, was a London-area boilermaker who died of mesothelioma in July 2016. Michelle has advocated, tirelessly, for a ban on asbestos since her late father’s diagnosis in 2014, and in 2016 she joined forces with the Canadian Labour Congress’ campaign.

“My father told me he didn’t want anyone else to suffer the way he did, and he didn’t want other families to go through what we went through. His dying wish was that we’d win a ban on asbestos in Canada, and now we’ve done that. I’m so grateful to everyone who’s worked so hard to make this a reality,” said Côté.

“Canada’s asbestos ban is the result of years of advocacy and hard work by people dedicated to safer, healthier workplaces. I celebrate with them and thank them for giving the next generation of Canadians a better future, free from the pain and suffering caused by asbestos,” Yussuff said.