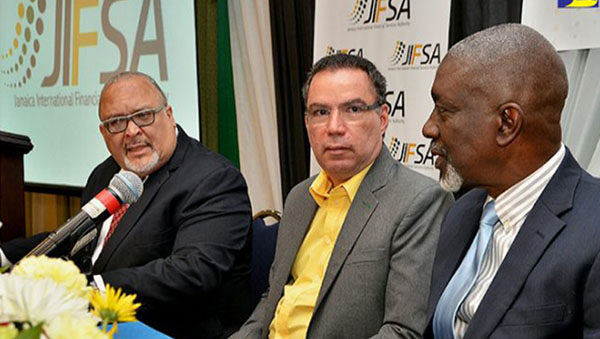 Minister without Portfolio in the Ministry of Economic Growth and Job Creation, Daryl Vaz (centre), listens to a comment from Chairman of the Jamaica International Financial Services Authority (JIFSA), Eric Crawford (right), at a seminar, staged by JIFSA on April 6, at The Knutsford Court Hotel, New Kingston. At left is Deputy Chairman, JIFSA, Peter Goldson. Photo credit: JIS.

KINGSTON, Jamaica, April 7, 2017 (CMC) – Jamaica says it stands to benefit, significantly, from the establishment of an international financial services centre.

He told the Jamaica International Financial Services Authority’s (JIFSA) seminar that as international companies may seek to re-domicile to Jamaica, this will generate employment opportunities, with workers gaining valuable international experience, while earning lucrative salaries.

The event, yesterday, was held under the theme ‘Enhancing Jamaica’s Legislative Framework for International Financial Services’, focused on three critical international financial services Bills, which were recently passed in the Houses of Parliament — the International Corporate and Trust Services Providers Act, The Partnership (General) Act, and The Partnership (Limited) Act. 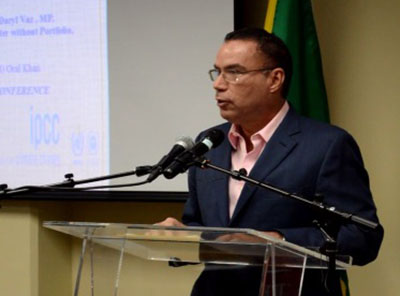 Minister without Portfolio in the Ministry of Economic Growth and Job Creation, Daryl Vaz.

He noted that the legislative and regulatory infrastructure, being put in place, will establish Jamaica as a sophisticated, international financial services jurisdiction.

He said Jamaica is perfectly suited to offer such services, given the country’s large cadre of well-educated and sophisticated professional service providers, which include lawyers, accountants, compliance and trust officers, and corporate secretaries.

He noted, for example, that the International Corporate and Trust Services Providers Act will establish a legislative framework that will allow such service providers to operate in an international business environment, thereby exposing them to a wider spectrum of clientele, so as to create greater business opportunities.

He said the Act is also intended to attract internationally-recognised service providers to register and operate in Jamaica, which could bring lucrative business to the island.

The General Partnership Act formalises the process for foreign partnerships pursuing business transactions in Jamaica and facilitates mergers and conversion of such arrangements, while the Limited Partnership Act aims to accommodate commercial activities, not suitable for other categories of business in Jamaica.

Vaz pointed out that the development of a successful regime is an ongoing process, and will require continuous input and cooperation from both the public and private sectors.

He said the government is committed to working to ensure that a solid and sophisticated legislative infrastructure is in place, supported by a robust, regulatory regime, to put Jamaica on course to be a world-class financial centre with a strong, vibrant and dynamic economy. 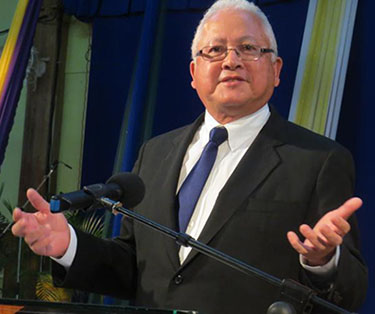 In his remarks, Minister of Justice, Delroy Chuck, stated that the International Business Companies Bill has already successfully proceeded through the Legislation Committee review and is to be tabled in Parliament during this term.

He also mentioned that the Trust Bill, which will provide for both domestic and foreign trust, will be taken by the Legislation Committee shortly.

“By engaging in extensive consultation with stakeholders in the public and private sectors, the laws have been developed, utilising attractive provisions, which exist in similar laws of other very reputable international financial centre jurisdictions, and tailored, best to suit Jamaica,” Chuck noted.

Jamaica is seeking to establish an industry to provide high-value business services to support international business. Developing a robust legislative framework, in keeping with international standards and regulations, is integral to this effort.

The seminar was part of the overall strategy to educate local professionals, including attorneys-at-law, accountants, corporate secretaries, business service providers and business owners, about the new legislation and the associated opportunities. It is one in a series to be held in Jamaica and overseas.