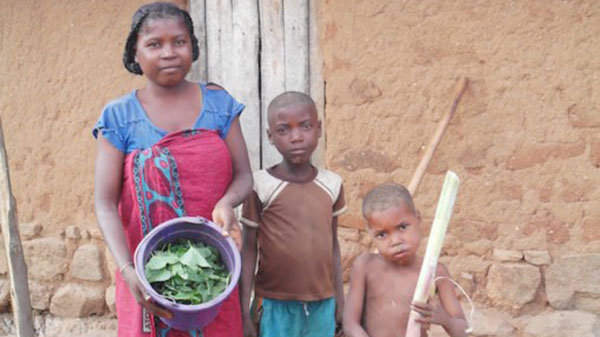 Drought still accounts for at least 26 percent of all people affected by climate-related disasters. Millions in Kenya are currently relying on wild fruits and vegetables to survive. Photo credit: Miriam Gathigah/IPS.

If millions are not staring death in the face, due to the raging drought, they are fighting to remain afloat, as their homes are swept away by surging waters.

“Drought accounts for an estimated 26 percent of all disasters and floods for 20 percent,” warns the United Nations Office for Disaster Risk Reduction (UNISDR).

UNISDR serves as the focal point in the United Nations system, for the coordination of disaster risk reduction and has been running various interventions to make the country more disaster-resilient.

Government statistics confirm that drought still accounts for at least a quarter of all people affected by climate-related disasters. The country is at the threshold of the 12th drought since 1975.

Against this backdrop, for seven months now, Ruth Ettyang and her household of seven have continued to rely on wild fruits and vegetables to survive the deepening drought in the expansive Turkana County, Northern Kenya.

For every dollar spent on disaster risk reduction, a country is likely to save four to seven dollars in humanitarian response.

Temperatures are unusually high, even for the arid area, and the situation is becoming even more dire, since people have to compete with thousands of livestock in this pastoral community, for the scarce, wild vegetation and dirty water in rivers that have all but run dry.

“When rains fail it is too dry. When they come, it is another problem as houses are destroyed and people drown,” Ettyang explains.

Turkana is not a unique scenario and is reflective of the two main types of disasters that this East African country faces.

Additionally, Turkana is among two other counties – Nakuru and Nairobi – which account for at least a quarter of all people killed by various disasters, according to UNISDR.

There is no doubt that Kenya is a disaster-prone country and, in the absence of a disaster risk management policy or legislation, the situation is dire.

“The pending enactment of Kenya’s Disaster Risk Management Bill and Policy, which has remained in a draft stage for over a decade, is a critical step in enhancing the disaster risk reduction progress in Kenya,” Amjad Abbashar, Head of Office, UNISDR Regional Office for Africa, told IPS. 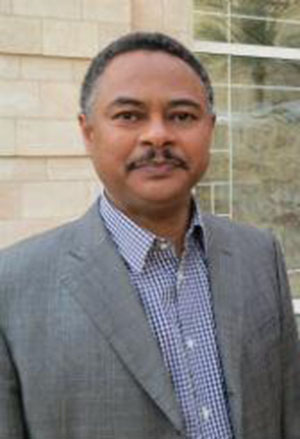 “The Sendai Framework is a 15-year voluntary, non-binding agreement that maps out a broad, people-centered approach to disaster risk reduction. The Sendai Framework succeeded the Hyogo Framework for Action that was in force from 2005 to 2015,” Animesh Kumar, Deputy Head of Office, UNISDR Regional Office for Africa, told IPS.

“This global agreement seeks to substantially reduce disaster risk and losses in lives, livelihoods and health and in the economic, physical, social, cultural and environmental assets of persons, businesses, communities and countries,” Kumar added.

“This database creates an understanding of the impacts and costs of disasters, its risks as far as disasters are concerned, and to steer Kenya to invest in resilient infrastructure,” Abbashar said.

Though the country is still a long way from being disaster resilient, UNISDR says that there have been some key milestones. 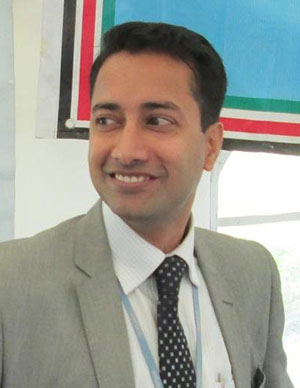 “We have collaborated towards ensuring that a National Platform for Disaster Risk Reduction has also been instituted to monitor national disaster risk reduction progress,” Kumar observes.

A National Action Plan for Disaster Risk Reduction (2015-2018) has been developed to implement the Sendai Framework in Kenya.

At the county level, County Integrated Development Plans (CIDPs) have been undertaken, which have integrated some elements of disaster risk reduction and peace and security.

Due to UNISDR work in the counties, Kisumu city in Nyanza region, is one of five African cities that are pioneering local-level implementation of the Sendai Framework in Africa.

“The establishment of the Parliamentary Caucus on Disaster Risk Reduction that was formed in 2015, with a membership of over 35 Kenyan parliamentarians with support from UNISDR, is a key policy milestone,” Abbashar explains.

The Kenyan Women’s Parliamentary Association (KEWOPA) is also advocating for the enactment of a Disaster Risk Management Bill and its establishment was the result of joint efforts between UNISDR and parliament.

UNISDR remains steadfast that the role of women as agents of change in disaster risk reduction must be emphasized.

But the work that this UN agency does in Kenya would receive a significant boost if, just like women, children too were involved as agents of change.

Setting aside a sizeable amount for disaster risk reduction in the national budget is extremely important.

For every dollar spent on disaster risk reduction, “a country is likely to save four to seven dollars in humanitarian response and multiple times more for future costs of development,” he stressed.