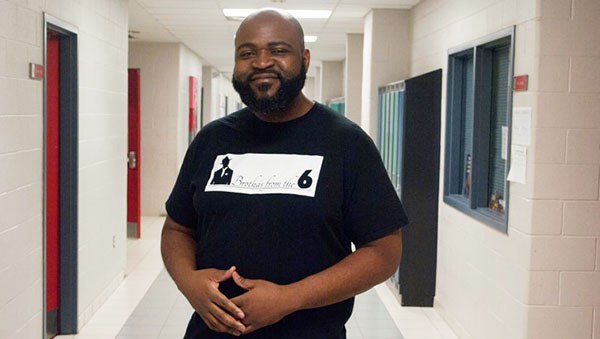 Panellist, Jeff Martin, a police officer, used his life as an example to encourage the audience to persevere, to seek self-empowerment and to never give in to racism, whether at school or at the workplace. Photo contributed.

TORONTO, Ontario April 12, 2017 (PRIDE) — When a group of people — youth and adults — gathered, recently, in the Jane/Finch community to discuss empowerment and combating racism, the message from organizers and panellists was simple — but profound.

“There is a lot of influence that you will have in life that would try to break you down,’’ said panellist, Jeff Martin. “The best revenge is to become super-successful.’’

The event was hosted by the Ahmadiyya Muslim Jama`at Canada, with the aim, organizers said, of bringing together African-Canadians and Muslims “to discuss some of the challenges faced by the Black community and find solutions to empower disenfranchised youth’’.

The community of Ahmadiyya Muslim comprises tens of millions of followers, spanning more than 200 countries.

Hassaan Shahid, a representative of the Ahmadiyya Muslim Jama`at Canada, told Pride News Magazine that he was “very happy’’ with the response to the event at the Driftwood Community Recreation Centre, explaining that part of its purpose was to recognize Black people’s contributions to Canada.

“We have to realize that this isn’t just a one-time thing; that we need to continually respect the sacrifices that were made in the past, and even today,’’ Shahid said.

Martin, a police officer, used his life as an example to encourage the audience to persevere, to seek self-empowerment and to never give in to racism, whether at school or at the workplace.

“We cannot give up our power to that circumstance (racism),’’ he said. “It’s your job to hold on to your power. Once you hold on to your power, you’re able to stand up to these individuals – the gatekeepers, who will try to keep you out of moving on to your goals and where you’re trying to get to.’’ 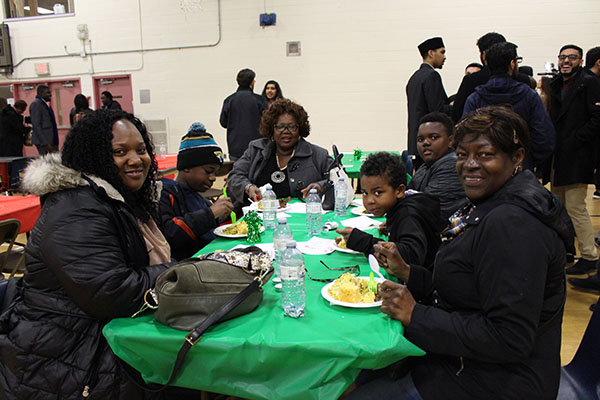 Some of the attendees at the event at the Driftwood Community Centre. Photo contributed.

Martin recalled growing up in Rexdale and, like other Black youth in Ontario, was marginalized. “I grew up in tough circumstances; it was tough growing up for me,’’ said Martin.

He remembered being told that he wasn’t smart enough to get into university, and his guidance counsellor tried to steer him into choosing a trade as his career path.

“I knew that I wanted to do bigger and better with my life; but, he continued to try to push me into trades,’’ said Martin who, since high school, has graduated from college once, and twice from university.

A Seneca College graduate, and the holder of a Bachelor’s degree in justice studies and a Certificate in leadership from the University of Guelph, Martin also is creator of “Brothas From The 6’’ – an organization that celebrates and highlights individuals who have overcome obstacles to achieve success.

“You have to empower yourself,’’ Martin urged at the community event. “You have to become strong yourself to lift someone else up.’’

Panellist, Norman Dacosta, suggested that for the African-Canadian community to lift up itself and overcome systemic challenges, it first must “define’’ the “issue’’.

“We can’t fix anything unless we are able to define exactly what the issue is. Our issue is racism and white supremacy,’’ said Dacosta, a family and youth worker, audio engineer and African Studies teacher.

“The issue must be broken down to see exactly how it’s really affecting us,’’ he said in a Pride News Magazine interview. “Once we understand that, then we can easily find solutions. But the problem is that not many of us take the time to really study this thing.’’

African-Canadians must “come together and realize we’re all catching hell from the same thing – racism and white supremacy,’’ Dacosta said.

“We have to set up a system in our community that affects me and my house and you and your house, and me and you in the community, and our children and the neighbours in the community in the same way; and move in one language, one unity. That’s how we’re going to achieve our goal. But we’ve got to meet regularly and have meaningful discussions, not bashing each other.’’