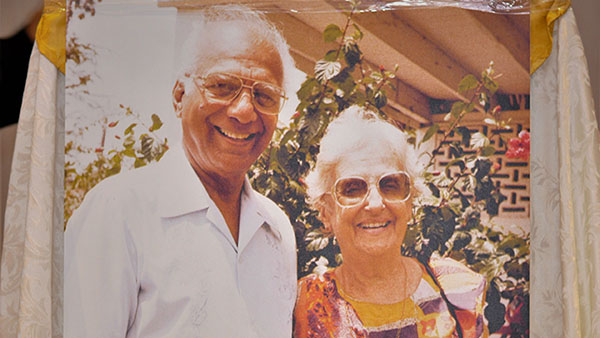 The month of March bears significant relevance for former Guyana presidents, Dr. Cheddi and Mrs. Janet Jagan -- he was born on March 22, 1918 and died on on March 6, 1997, and she died March 28, 2009. This year would have been his 99th. birthday and is the 20th. anniversary of his death. Photo contributed.

TORONTO, Ontario Wednesday, April 19, 2017 — Guyana’s Former Prime Minister, Samuel Hinds, was the keynote speaker at a recent, special commemorative luncheon, in observance of the 20th anniversary of the death of Dr. Cheddi Jagan, former leader of the Peoples Progressive Party (PPP) and the second president of the South American republic.

Dubbed “A luncheon marking 20 years with lessons from remarkable lives” and held at the Elite Banquet Hall in Toronto, earlier this month, the event paid homage to Dr. Jagan and his wife, Janet Jagan, both former Presidents of Guyana, who passed away in the month of March — Dr. Jagan in 1997, and Mrs. Jagan in 2009. 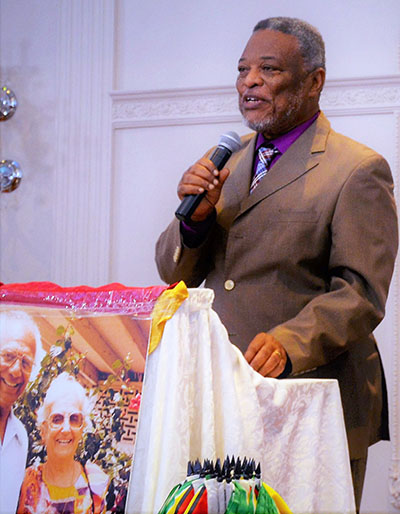 Former Prime Minister of Guyana, Samuel Hinds, addresses the audience at the recent luncheon tribute to Dr. Cheddi Jagan and his wife Janet, who were both presidents of the South American republic. Photo contributed.

With almost 400 in attendance, the event’s program included tributes, through poetry and song, as well as brief messages and a video compilation, showing some impactful clips of Dr. Jagan. Featured, also, were poster displays of the lives and times of the Jagans, set up by the Cheddi Jagan Research Centre (CJRC), to lend the room a distinctive sense of nostalgia.

Throughout the afternoon, the attendees seemed deeply engaged as the event unfolded, with former Prime Minister Hinds’ address providing somber reflection on the “Father and Mother of the Nation”.

Through his presentation, he covered his association with the Jagans, particularly in 1992 during Guyana’s “first free and fair elections” and, later, in his work as Prime Minister under the Jagans’ leadership.

A key theme of his presentation was the impact that the Jagans had on Guyana, the Caribbean, and the world at large, and he made particular reference to Dr. Jagan’s “New Global Human Order”, which the former Prime Minister deemed “Dr. Jagan’s word to the world”.

The event certainly highlighted two lives that have been synonymous with Guyana from independence to modern day, and spoke to the efforts to preserve the history of the Jagans through the CJRC.

Funds raised at the event will be donated to the CJRC, a body whose indefatigable work continues to keep the legacy of the Jagans burning bright.

The tribute luncheon, which was organised by the Jagans Commemorative Committee (of Toronto, Canada) — a like-minded collection of individuals and groups — left patrons with a greater sense of who the Jagans were, and, more importantly, the lessons that could be learned from their lives.