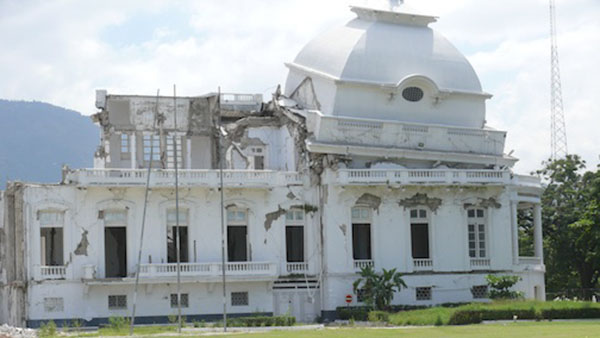 PORT AU PRINCE, Haiti, April 20, 2017 (CMC) — A project has been launched by recently-elected President, Jovenel Moise, to rebuild the presidential palace that was destroyed by a devastating earthquake in 2010.

Moise said, in a statement on Wednesday, the new palace will be built on the same location.

“For many, the post-earthquake reconstruction has not begun as long as the National Palace has not been rebuilt,” said Moise, in an address from the temporary presidential residence on the grounds of the collapsed palace.

The President also said that he has established a committee of engineers and architects to oversee the project, and the construction will begin before the end of the year.

Moise, who assumed office in February, also said the facade of the palace should look the same, but the interior would be adapted to the needs of a modern presidency.

The cost of the project is yet to be estimated.