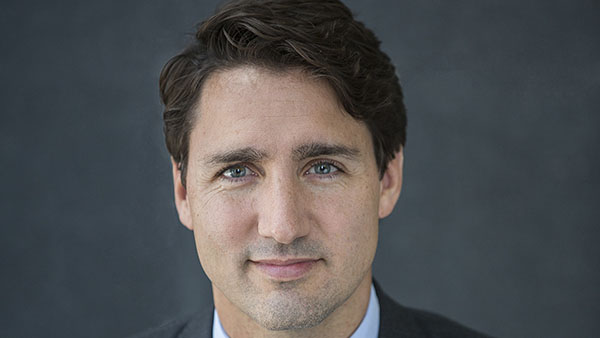 Prime Minister, Justin Trudeau, will be the keynote speaker at the 2017 BBPA Harry Jerome Awards gala ceremony, on Saturday, at the International Centre, 6900 Airport Road, Mississauga, in Ontario.

TORONTO, Ontario April 20, 2017 (PRIDE) – Attendees at this year’s Black Business and Professional Association’s (BBPA) Harry Jerome Awards gala, on Saturday, may be in for a special celebrity treat — a “selfie” with Canadian Prime Minister, Justin Trudeau.

The mega-popular Prime Minister, accompanied by his wife, Sophie Grégoire Trudeau, will be the keynote speaker at the traditionally-glamourous and eagerly-anticipated awards ceremony, aptly themed “Beyond Excellence” this year.

“The Awards are a national celebration of excellence by African-Canadians, who have done great work, locally and abroad. It is an honour to have Prime Minister Trudeau and his wife celebrate our 35th anniversary with us. This is undoubtedly a significant milestone,” said BBPA President, Pauline Christian.

Providing even more celebrity allure on the gala’s “red carpet” — which will be hosted by Juno Award-winning producer, Roderick Brereton, and Andrea Bain from CBC’s The Goods — will be trailblazing Olympic sprinter, Andre De Grasse. 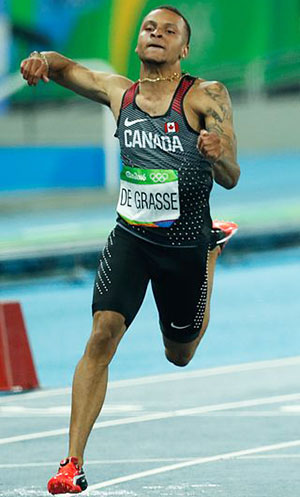 A celebrated and decorated sprinter, with an unorthodox running style, De Grasse, in addition with 17 other distinguished achievers, will be honoured with the Harry Jerome Awards’ (HJA) Athletic Award for his Canadian history-making accomplishments on the global track scene.

“The winners of the BBPA’s 35th Anniversary Harry Jerome awards are truly symbolic of this year’s theme ‘Beyond Excellence’. As the BBPA celebrates this significant milestone alongside Canada’s 150th Birthday, it is our hope that the entire Canadian family will come onside in acknowledging the United Nation’s Decade of recognizing people of African descent, 2015 – 2024,” declared Christian.

Discovered at the age 17 at a high school athletic meet, by Canadian Olympian, Tony Sharpe — who was one of the six to receive the HJA for athletics in its inaugural year, 1983 — De Grasse, in just four-plus years, has solidified his reputation as Canada’s best male athlete and one of the world’s top two sprinters, behind the mesmerising, unbeatable speedster, Usain Bolt. 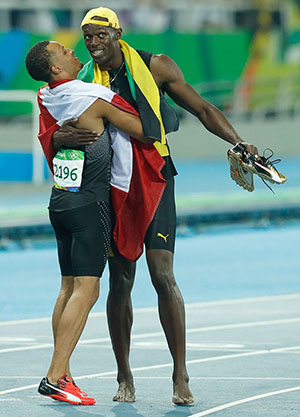 The latter half of 2016 was breakout time for this product of Caribbean immigrant parents: his mother, Beverley De Grasse, from Trinidad and Tobago, and his father, Alex Waithe, from Barbados.

Competing in his first Olympics at just 21 years of age, he ran a new, personal best in the 100m final to earn a bronze medal. In the 200m semi-finals, De Grasse lowered his own Canadian record, before racing to a silver medal in the final behind Usain Bolt. He won his third medal of the Games, anchoring the Canadian men’s 4x100m relay team to a bronze medal in a new national record time.

De Grasse enrolled at the University of Southern California (USC) in the fall of 2014; took off one semester to prepare for the Rio Olympics; and went back to USC to complete his degree, immediately following the Olympics — keeping a promise he had made to himself and his family.

Born in Scarborough, Ontario and raised in Markham, Ontario, by his mother, a former sprinter herself, De Grasse, still immersed in the glow of his Olympic success, won the Lionel Conacher Award as the Canadian Press’ Male Athlete of the Year, on Monday, December 26, 2016. 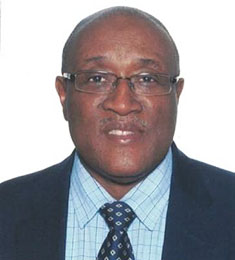 The other 2017 HJA recipients are:

Ronald Cunningham, an accountant and founder and Chief Executive Officer of Citizens for the Advancement of Community Development (CACD) — a registered Charitable Organization that operates in the GTA to transform the lives of “at risk” youth, through programming that serves their unique needs, develops leadership capabilities and fosters civic participation — will receive the Community Service Award. 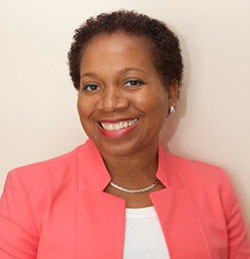 Dr. Juliet Daniel, a professor and cancer biologist in the Department of Biology at McMaster University, will receive the Technology and Innovation Award. Dr. Daniel’s research expertise is cell-cell adhesion and signaling through transcription factors, and how their malfunction contributes to cancer. Her research led to her discovery and naming of a new gene, “Kaiso”, which regulates the expression of genes that control cell proliferation and adhesion; consequently Kaiso’s malfunction in various human tumors (e.g. breast, colon, prostate) contributes to tumor progression and spread. 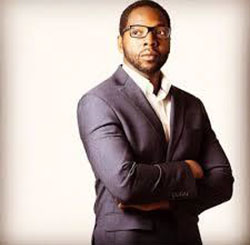 Dr. Boluwaji Ogunyemi, Chief Dermatology resident physician at the University of British Columbia and Director of Communications of Resident Doctors of British Columbia, will get the Health Science Award. He has backgrounds in epidemiology, sociology, medical education, communications and leadership, and is an award-winning writer in the areas of diversity and inclusion, medical humanities and medical education. 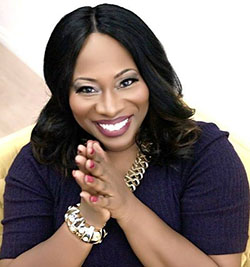 The Social Advocacy Award will be presented to Cheryl Nembhard, a formidable force in the Arts and Media community, who has, for many years now, been a long-standing advocate against social injustice in Toronto. Through her work, Nembhard continues to define the title ‘arts advocate’ as she has dedicated her life to using her incredible talents in theatre and film to tackle some of the toughest topics we, as a society, are facing today. 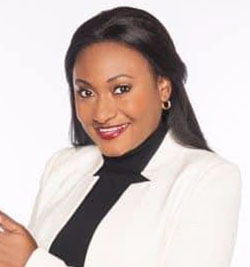 Fabienne Colas — artist, philanthropist, entrepreneur and activist, and Founder and CEO of Zaza Production and Chair of the Fabienne Colas Foundation — will be honoured with the HJA Arts Award. She is the ‘Queen of Festivals’ who created and manages seven successful festivals, between Montreal, Toronto, Halifax, New York City and Port-au-Prince – including the Montreal International Black Film Festival, which is not only Canada’s largest Black film festival, but also a key player in cultural diversity in Quebec and Canada. 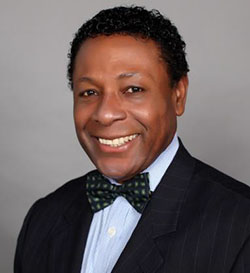 Keith Spence, President and CEO of Global Mining Capital, which is engaged in Private Equity investments and M&A in the mining sector, will receive the Professional Excellence Award. The company arranges M&A transactions and co-invests with Chinese, Asian and other partners in mining projects globally. A corporate and investment banker, he held positions in capital markets, corporate finance and mining finance and at Royal Bank of Canada (RBC) and Bank of Montreal (BMO). He has also been involved in numerous international financings. 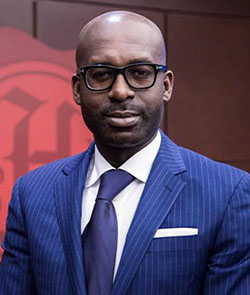 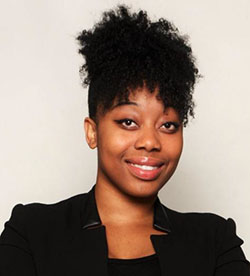 Leanne Prendergast, the Leadership Award recipient, is the President and Co-Founder of Love our Lives, a not-for-profit organization that is based in Ontario. She is also the co-author of a self-help book, Getting to Know Me, which was written because of her personal experience of being bullied as a child. Her book provides support for girls, their families and other support workers, in identifying the tell-tell signs of bullying and how to find help and support. 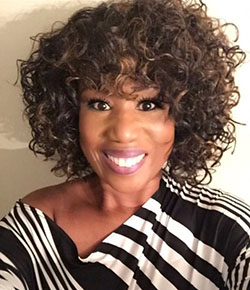 The Entertainment Award will pay tribute to Sharon Riley, the leader of a gospel choir that bears her name, the Sharon Riley & Faith Chorale. Now in its 25th year, the choir has established itself as Canada’s premier gospel group. Riley’s name speaks volumes about a journey which, after a life-changing incident, has been characterized by struggle, longevity, and untold blessings — the stuff of unshakable faith. The milestone of being Canada’s first gospel group to sign an international recording contract, is amplified by the exhaustive list of awards and achievements the choir has amassed, in over two decades of groundbreaking work. 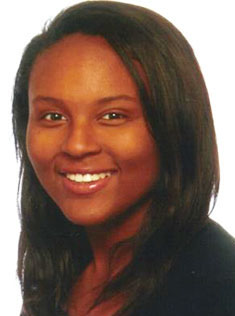 An Honor Roll ‘A’ student throughout her high school years and named an Ontario Scholar, Gabrielle Fletcher, who has set her sights on becoming a corporate lawyer, is the recipient of the Academics Award. Recognised by the National Society of High School Scholars, Fletcher says, “Studying at Schulich School of Business is the first step towards achieving my goal as a corporate lawyer.” 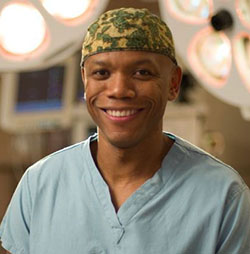 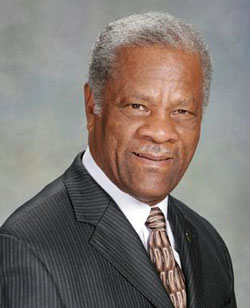 Jamaica-born Bishop Dr. Audley N. James — who graduated from the West Indies School of Public Health, immigrated to Canada in 1969, and is the Founder and Senior Pastor of Revivaltime Tabernacle Worldwide Ministry (RTT) — will be recognised with the HJA Lifetime Achievement Award. Dr. James, who is married to Rev. Rosenda James, who co-pastors with him, is admired in the Christian and international communities and, in 2012, was appointed International Advisor to the Pan African Parliament. Canada Christian College honored him with a Doctor of Divinity degree and later, installed him as Bishop. He also holds an Honorary Doctorate of Humanities from Canon University, and is an excellent baritone, who won a bronze medal for baritone in the 1965 National Festival of Music in Jamaica. 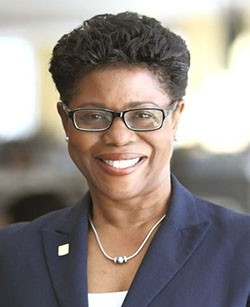 Harriet Thornhill will be honoured with the Youth Advancement Award. She leads the Royal Bank of Canada’s (RBC) Contact Centers, including Telephone Banking, Direct Investing, eMail, Chat, Online Banking, Social Media and Remote Office teams. Her area of responsibility covers seven centers, 3,700 advisors and investment specialists, who provide advice and support to business and personal clients across Canada and the US. Prior to assuming her current role, Thornhill was the Head of Caribbean Markets, Personal Banking, RBC Caribbean Banking, and was based in Trinidad & Tobago for two-and-a-half years and two years in Barbados. 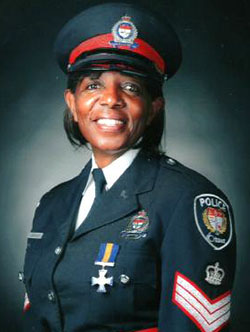 A 30-year-plus law enforcement veteran, who holds a B.A. in Policing Studies and M.A. in Leadership from Charles Sturt University, Australia, Isobel Granger — the 2017 HJA Public Advocacy Award recipient — is an Ottawa Police Service Platoon Staff Sergeant for West Division Patrol “F” Platoon. She was the first Black officer to join the ranks with the British South Africa Police in Zimbabwe (at the age of 19) and the first Black female officer with the Ottawa Police Service. Granger is on the Justice Rapid Response roster, a United Nation Women’s Initiative, as one of 42 people from around the world, who are qualified to investigate war crimes related to sexual gender-based violence at the international level. 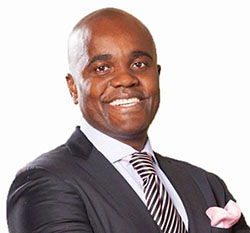 Wesley J. Hall, the 2017 HJA President’s Award winner, has over 20 years of experience in corporate governance and shareholder communications, and has established himself as the preeminent leader in shareholder advisory services. In 2003, Hall founded Kingsdale Advisors to provide clients with best-in-class services for communicating with shareholders and managing any transaction or event that requires a shareholder vote. Under his leadership, Kingsdale has set itself apart by delivering an unparalleled track record of success for North America’s biggest names, including: Air Canada, Barrick, BHP Billiton, Citigroup, CN, CP, Encana, Goldcorp, Talisman, Suncor and Sprott. 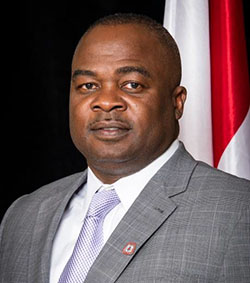 Volunteer Award recipient, Chris Campbell, joined the Carpenters Union as a member in 1989, and is currently one of the union’s District Council of Ontario (CDC) representatives in Toronto. Volunteering in the community has been a long-standing tradition for Campbell. At community event and institutions, he is always promoting the option of starting a career in the skills trade for young people. For several years he has been volunteering to build the Breakfast Club’s Caribana floats, and was one of five carpenters from the Union who volunteered to travel to Haiti after the devastating earthquake to lend his expertise in building Habitat for Humanity homes with the Jimmy Carter Foundation. In 2005, he was part of the team of 19 carpenters who travelled to New Orleans to build homes for displaced hurricane Katrina victims, and was also an auxiliary officer with the Toronto Police Services. 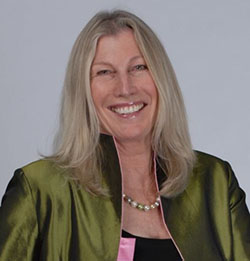 Barbados-born Dr. Barbara Trieloff-Deane, the HJA Diversity Award recipient, learnt the importance of integrity, leadership and commitment to the community from her hard-working immigrant parents. She attended Codrington High School and Queen’s College before immigrating to Canada, where she earned her BA (Double Honours English and French), MA and PhD at McMaster University, Hamilton, Ontario. On entering financial services, she earned designations as Certified Financial Planner, Certified International Wealth Manager, Financial Management Advisor and Fellow of the Canadian Securities Institute. More recently, she achieved her certification in corporate training through Humber College.

“This night will not only highlight our amazing 2017 recipients, stake-holders and powerful influencers, it also impacts the lives of our next generation. We are getting ready to embark on a night of celebration, high energy entertainment and an impressive space of ambiance and tantalizing eatery,” promised Michelle Richards, Chair of the Harry Jerome Awards.