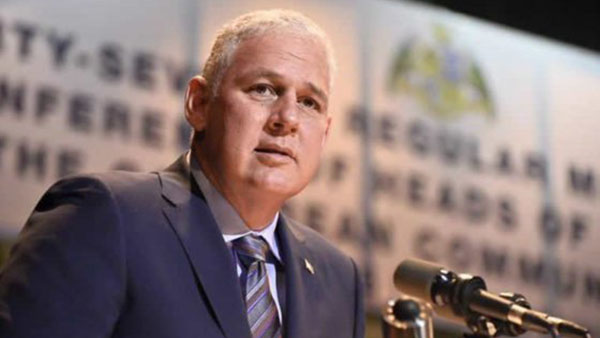 “There is absolutely no proposal on the table that I know of – and I am the minister of finance …..,” he told reporters, yesterday.

He disclosed that there have been continuous talks about ways to strengthen the civil service and make more resources available to civil servants.

“We have lamented the fact that government’s budget has been depleted, severely, because monies that should be going to fixing roads, fixing the schools and even, (as) I have spoken about, the training of civil servants, have been cut,” the PM said.

The Prime Minister noted that no policy adjustments were made to address the matter.

He asserted that the national economy is not big enough to cover the expenses that St. Lucia has, with the result that education, health care, the police and infrastructure are under financed.

“If we continue to increase taxes, because we believe we are entitled to be able to make those expenditures, we think that is going to come at the expense of investment,” the Prime Minister explained.

“When I hear people say – and they are right — ‘How can Chastanet be saying that the country is broke but at the same time he is lowering taxes?’ — because the goal of our government and we have said it, is to double the GDP,” he reasoned.

He noted that St. Lucia must be made more attractive for there to be, not only foreign direct investment, but regional and local investment as well.

According to Chastanet, people can be encouraged to invest if they have confidence that, once they spend their money, there will be a return.

He said that is the reason why his administration is trying to put more money in the pockets of the people, so that they have consumption power.

The Prime Minister said the response of the President of the Saint Lucia Civil Service Association (CSA), Yvonne Edwin, when questioned, last week, by reporters on the matter of civil service cuts, was appropriate.

The Prime Minister recalled having said, repeatedly in the past, that his government’s intention is to help improve the productivity of the civil service.

He explained that if there is going to be any downsizing of the civil service it will be by attrition.

“The first part is to create a process change, that’s what we call the re-engineering of the civil service with the idea of maybe being able to get people to have higher salaries, but less people, but it is going to be done through attrition,” he said.