CASTRIES, St. Lucia, April 25, 2017 (CMC) — Prime Minister, Allen Chastanet, says cash flow problems being experienced by his government is the main cause for the removal of the EC$700,000 subvention to the St. Lucia National Trust (SNT) for the 2017/2018 financial year.

Confirming the subvention removal to reporters, today, has prompted the SNT to call on the government to rethink its plan to withdraw the funds, and summoned an emergency membership meeting for Saturday, to discuss the issue.

Calling the subvention removal “unprecedented, unjustified and an exceedingly unfortunate measure, given its record as the country’s leading quasi-government institution for conservation,” the SNT called on all Members of Parliament to insist on the reinstatement of the subvention for the 2017/2018 period.

It said it would “ also seek the support of its international partners, civil society and the entire St. Lucian populace, home and abroad, to advocate on its behalf”.

However, Chastanet said the subvention removal had nothing to do with the differences between his government and the Trust on the proposal of a “dolphinarium” for the Pigeon Island National landmark, but rather with the government’s lack of money and his belief that government should be paying for the Trust’s recurrent expenditure.

“Right now, we have a cash problem in the government. We are not generating enough revenue to cover all the costs that we have. We have to prioritize where we are going to spend our money,” Chastanet said.

He explained that as a result of the country’s cash flow problems, several government and quasi-government entities were now under review, such as the St. Lucia Tourist Board, which is being replaced by a new entity. 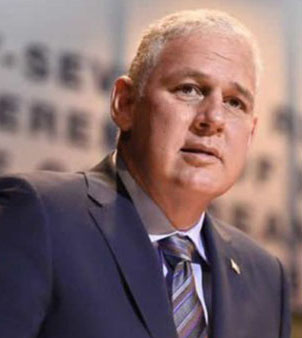 The annual Jazz Festival has now changed into a Summer Festival, while Radio St. Lucia is under review, as well as the Government Printery, General Post Office, St. Lucia Marketing Board and Fisheries Department.

“So I am not vexed with the Trust,” Chastanet said, explaining that the Trust, like all entities in St. Lucia, is required to justify how it spends monies given to it.

“I’ve been elected by the people to make decisions to best benefit and re-prioritize how we are going about government’s business. There are too many St. Lucians who are suffering and who believe government has abandoned them.

“The decisions we make, on a day-to-day basis, do not reflect their needs. So we have to reprioritize how we are going to spend the money in St. Lucia, and if there was enough money to go around, this would be a non-issue.

In the case of the National Trust, the intention is that I don’t believe government should be paying for the recurrent expenditure of the Trust,” Chastanet said, adding “so if the Trust has a business plan and wants to make an investment, then they are free to approach the government and make that request and we will invest it on the basis of the merit of the project.”

Chastanet told reporters that the SNT had, at some time, submitted a plan to Cabinet and that ministers were still awaiting final information on the feasibility study, which seeks to convert the current museum into a conference facility.

“I’m still waiting to see whether this has financial sense,” Chastanet said, reiterating the subvention had nothing to do with him being upset with the Trust and seeking revenge.

“In fact, the dolphin park investment that came, went to the Trust. I did not make any pre-announcements, I did not lobby anybody. It’s for the Trust to make the decision.

“All I indicated to the Trust was that a vote by the membership is not a sufficient answer. You must give us, in writing, the pros and the cons of the project and tell us what your position is.

“So that when Cabinet sits down to make a decision, that we have that information to put into our decision-making process,” Chastanet said.

The main opposition St. Lucia Labour Party (SLP) has criticised the decision to cut the subvention to the SNT that was established more than four decades ago.

The SLP, today, described as “vicious, vindictive and reeking of victimization” the decision of the Allen Chastanet government to drastically reduce its annual subvention to the St. Lucia National Trust (SNT).

In a statement, the SLP linked the move to the SNT’s “principled position on the Dolphin Park at Pigeon Island National Landmark, and the DSH Project and its environmental impacts”.

The SNT is among groups opposed to the multi-billion dollar project, claiming that it could lead to the destruction of the eco-system in the south of the island.

In a statement, the SNT said that it “is now sufficiently certain” that the government, which will present its first budget to Parliament on Wednesday, proposes a reduction of the annual subvention from EC$700,000 to zero “or effectively a 100 percent decrease.

“While the Trust has not yet received any written or verbal notification of the same, from either the Office of the Prime Minister, which acts as our line ministry, or the Ministry of Finance, based on the Draft Estimates which were circulated to members of the House of Assembly last week, it has become apparent that the government wishes to take such action,” the SNT said in the statement.

In its lengthy statement, the SNT said that it has enjoyed the support of governments through an annual subvention ever since it was established by Act of Parliament in 1975.

“Over the past 20 years, the government’s contribution to the Trust has been EC$500,000, which has been put towards programs and operations. Since 2000, this amount was further augmented by a EC$200,000 special annual contribution to help the Trust fund the establishment of its head offices.”

SLP and Opposition Leader, Phillip J Pierre, said that he strongly condemns the action of the government to cut the subvention of the SNT that was formed 42 years ago.

“The St. Lucia Labour Party wishes to place on record, its support for the National Trust, as the legal entity entrusted with the protection of our environment and patrimony.

“The SLP also re-affirms its non-discriminatory policy on governance, and puts Prime Minister Chastanet on notice, that such acts of pettiness and bullying will not be accepted by the Opposition and the people of St. Lucia,” he said, assuring the SNT that if it wins the next general election, it will restore the subvention.