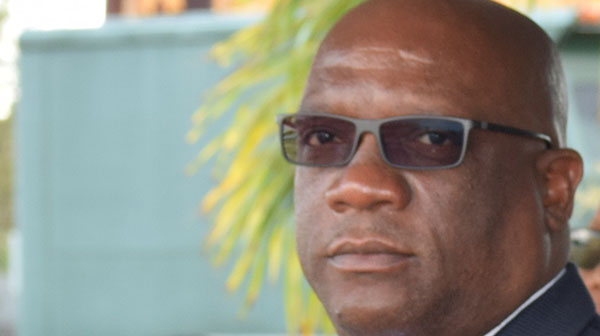 BASSETERRE, St. Kitts-Nevis, May 1, 2017 (CMC) – Prime Minister, Dr. Timothy Harris, has called for an end to gun violence, and appealed to members of the prison service to put an end also to vengeance.

Addressing the inaugural Prison’s Awards and Appreciation Ceremony, here, on Sunday, Harris, who is also National Security Minister, defended his coalition government’s decision to increase the budget for national security as well as pay increased salaries to members of the security forces.

He also urged prisoners to get engaged in education activities, noting that there had been an increase in the number of people within the prison services attaining higher certificates of education.

He said the government intends to increase the budget for national, in the security next financial year, saying “our investments are strategic.

“They occur because our Team Unity Government is doing all that we can to ensure prolonged peace and security for the people of St. Kitts and Nevis. I urge all of you here to play a part. Let us expedite the peace dividend. We can yield a peace dividend by saying no to gun violence, no to crime, no to vengeance. Vengeance is mine says the Lord.

“I encourage staff members in the prison system to take their responsibility of monitoring the security operations at HMP and the other facilities seriousl, and to make sure that deficiencies are addressed appropriately.”

Harris said that his administration would continue to demonstrate “that there is zero tolerance for the distribution and promotion of contraband. We hope that all employees will cooperate and where they fail to do right, the consequences will be firm and justly distributed.”

He acknowledged that for too long, the security forces had been left “unappreciated, underserved and neglected.

“This was seen in the derelict condition of police stations and the coast guard premises,” he said, adding “equally, the overcrowding and inadequacy of HM Prison should have been corrected 20 years ago”.

Harris said that his administration has started preliminary works to get a brand new prison available, as soon as possible.