New in Pride
Home / National News / Anatomy Of A Fall: The Trailings And Failings Of A Senator 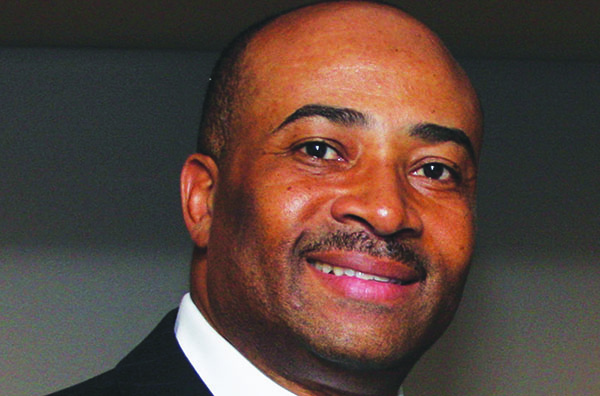 Anatomy Of A Fall: The Trailings And Failings Of A Senator

The issue is not about making a moral judgment regarding extramarital sex, but instead, of a Senator who crossed the line, creating a power imbalance between himself and a besotted underage female.

In the Good Book, John 8:7 pointedly states, “He that is without sin among you, let him cast the first stone. Embattled Senator Don Meredith, despite pleading for forgiveness for his moral failing following his inappropriate sexual relationship with a teenager, also recently discovered that, based on the stones casted, he was the solitary sinner.

His open contrition was grossly insufficient in assuaging the Senate Ethics Committee that called for his expulsion.

According to Senate Ethics Officer, Lyse Ricard, the Senator, also a man of the cloth and certainly not behaving as he ought, failed to uphold the highest standards of dignity inherent to the position of Senator, and acted in a way that could damage the Senate itself.

His conduct, according to the Inquiry, was in stark contravention of subsections 7.1(1) and 7.1(2) of the Code, as he failed to maintain the highest standards of dignity, fundamental in the position of Senator, and conducted himself in a manner that could reflect, negatively, on the position of senator and also the institution of the Senate.

From the outset, it was blatantly apparent that the Ethics Officer was poised to make the Senator an example, destined for the annals of history.

According to the Constitution Acts, 1867 to 1987, Don Meredith is not in breach of the five statutes that constitute reasonable grounds for a senator to be stripped of their title.

In addition, Sir John George Bourinot’s Parliamentary Procedure and Practice in the dominion of Canada (4th. ed. p. 65), clearly states “expulsion from parliament … has been reserved for flagrant cases of misconduct, such as would render the person disciplined unfit to sit in parliament or whose continued membership would be a discredit to the house.

The Committee believes that the Senator’s conduct fits the bill, hence the recommendation rendered, and that no lesser sanction than expulsion would repair the harm done to the Senate.

A noteworthy fact is that in the history of the Senate, Meredith is the fifth person of African descent to serve in the upper house, and currently the only Black man in the red chamber. His presence, as well as his absence, would be noticeable.

Sex scandals are not irrelevant to politics, even when professional performance is in no way impaired, as governmental representatives are, by virtue of their post, expected to live their lives in the selfsame manner in which they carry out their duties — with extreme discipline and dedication.

Our current world of omnipresent and viral news coverage renders virtually impossible, the ability of high-profile public individuals to escape even the most innocent of human failures. From this perspective, a Senator’s image becomes his most highly prized possession.

To add further fodder to the fuel, former employees of the Senator are hoping that his possible expulsion from the Red Chamber will, in no way, bar a two-year inquiry into their allegations of sexual harassment and workplace bullying.

The young lady in the center of this sad saga was only 16 years of age in 2013, when she met the senator at an Ottawa church. An illicit affair began to hatch, in of all incubatory havens – a place of worship.

From the outset, both the age and the stage were mal-aligned; the Senator was 50 years at the time, the victim 16, with the romantic overture debuting during Black History Month.

According to the Criminal Code of Canada, the legal age of consent, although 16 years of age, goes up to 18 when there is a relationship of authority, trust or dependency.

It is obvious that the Senator was doing wrong for so long, that he forgot it was a crime, as the relationship burgeoned into physically and sexually intimate rendezvous, with masturbatory chats over Skype, for added amorous sustenance. The Senate-issued phone was also used as the medium of communication.

There were also reports of promises by the Senator to help her career with his parliamentary connections — connections that he may now need to save him from an embarrassing demise.

Viewed from all perspectives, amidst the sad demise of the senator, there are lessons to be learnt, and truths to be reinforced. Yes, the Senator failed morally, pursuing a 16-year-old female was a moral failure, and on reaching 18 years of age, having intercourse in a room at Ottawa’s Chateau Laurier Hotel.

Is the Senator the only one considered guilty in this situation? Or are there others who, by their silence or guarded cognizance, may have been complicit to the continuation of the sordid affair?

It is only logical, as well as fair, to say that the answer falls on both sides.

Was this young female, at the age of 16, still under parental control? Yes, she was and they were, seemingly, in agreement with the Senator’s dalliance, as it is alleged that he raised the possibility of doing business with her parents.

One is then left to wonder, under whose tutelage did the teen receive her sex and contraceptive education?

The effects of a situation, such as this, are multifaceted, and often hurt the innocent more than it does those who are “guilty”.

Regardless of the outcome of the Ethics Commission’s expected decision, the Black community has suffered a devastating blow, in seeing the only Black male Senator brought so low.

However, one common theme persists throughout it all: our high profile representatives must not only be mindful with whom they sleep, but also be highly selective of the company they keep.

It has been an age-old fact that a different microscope is used to view Blacks. Was the Senator not aware of that?

Plainly stated, the bottom line between being successful and unsuccessful, is being prepared and using good judgment.