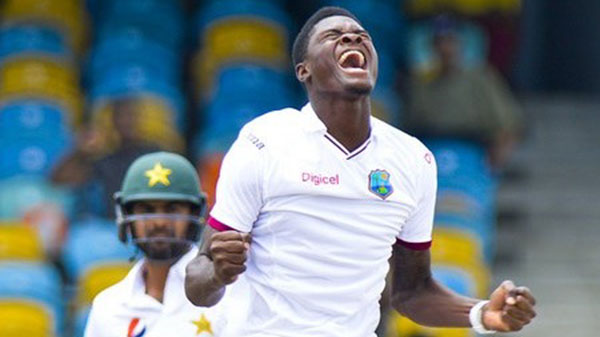 BRIDGETOWN, Barbados, May 5, 2017 (CMC) – A rampant West Indies cricket team flattened Pakistan for a record-equaling low at Kensington Oval, as they romped to an emphatic 106-run victory in the second Test Match here, yesterday, to level the three-match series and set up a decider in Dominica, next week.

Set 188 for victory on the final day of the pivotal contest, Pakistan folded, meekly, for a paltry 81, about 38 minutes before the scheduled tea interval, to slump to their fourth loss in seven games at the historic venue, and maintain their unenviable record of having never won a Test at the ground.

The total equaled the previous lowest, posted by India 20 years ago, and was also Pakistan’s second lowest-ever against West Indies, surpassing their record low of 77 in Lahore, 31 years ago.

For the West Indies team, the victory came just 11 days after they lost the opening Test in Jamaica, by seven wickets, and marked only their third Test win in 17 outings, over the last two years.