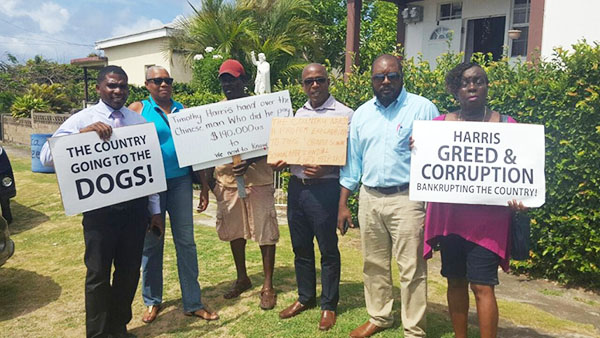 BASSETERRE, St. Kitts-Nevis May 8, 2017 (CMC) – A group of protesters, today, called on Prime Minister, Dr. Timothy Harris, to respond to allegations that a Chinese fugitive is being protected by the local authorities.

The Prime Minister was greeted by the protesters, who were standing outside his office.

The placard-bearing demonstrators urged the Prime Minister to deal with the request by China to hand over one of its nationals.

China accuses Ren Biao, who holds Chinese and St. Kitts and Nevis citizenship, of swindling over US$100 million from a Chinese State firm.

China, which does not have a formal relationship with Basseterre, said it has made a formal request, through a third party Caribbean government, to St. Kitts and Nevis, but the request has not been met.

On the weekend, leader of the main opposition, St. Kitts Nevis Labour Party (SKNLP), Dr. Denzil Douglas, urged Harris to resign, as the region and the world await the government’s next move, following accusations that it is protecting a Chinese national who is paying large sums of money for continued protection.

In a statement, on Friday, Douglas said that, despite formal requests by China, as well as Interpol, to secure the return of Ren Biao, who is also a citizen of St. Kitts-Nevis to face prosecution in China, the government is refusing to cooperate.

In response, Prime Minister Harris has blamed the former administration of Douglas, for the controversy surrounding Biao, who is on Interpol’s wanted list.

Harris who was a guest on a local radio program, today, said the Chinese citizen, in question, was granted St. Kitts and Nevis citizenship by the former administration.

He said that in 2014, the former administration was adequately informed by Interpol (International Criminal Police Organisation) of the Chinese national’s pending arrival in St. Kitts and Nevis, and this gave the former prime minister ample notice to take the necessary action. 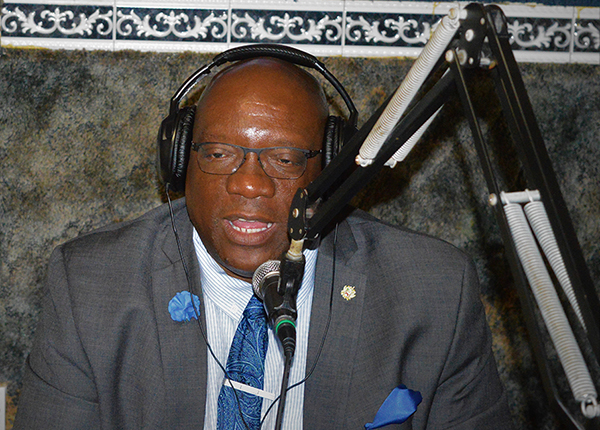 Prime Minister Harris continued: “If the gentleman and the lady were here as citizens of St. Kitts and Nevis and Douglas had this notice, this warning…from Interpol, Douglas ought to be ashamed of himself to now be talking about these same persons. For if there was anyone who had harboured them, it would have been the Denzil Douglas administration.”

Harris also said that the passports issued in the situation in question did not bear the country of origin field, despite earlier warnings from the United States government.

During a press conference in March, the Prime Minister said that records provided by the Canadian Bank Note (CBN) said 15,197 regular passports, 91 diplomatic and 39 official passports were issued without the country of birth field by the former government.

He then said that the government had decided to deactivate all passports issued by the former government without the country of birth field.