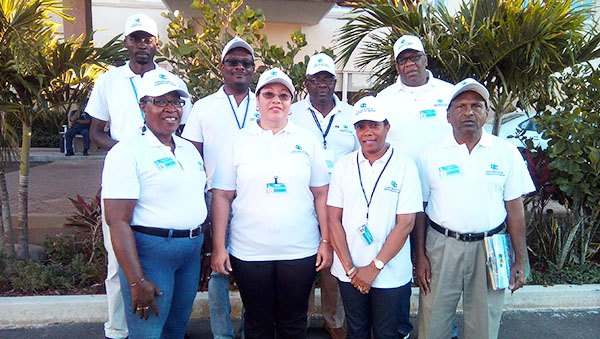 Members of the CARICOM Electoral Observer mission to The Bahamas.

GEORGETOWN, Guyana, May 17, 2017 (CMC) – The Electoral Observation Mission from the 15-member Caribbean Community (CARICOM) regional body has praised the May 10 polling day activities, describing them as being “of a very high standard, comparable with anywhere else in the region”.

The Mission, in its preliminary statement, issued yesterday, reported that polling stations opened on time, were fully staffed and were conveniently located and easily accessible to the voters, including the disabled.

They also noted the adequate supplies of material, and adequate security, which they said contributed to the level of calm which accompanied the day’s activities.

The Mission however, found that activities prior to polling day cast a shadow over the electoral process.

“For example, the unexpected change of the Parliamentary Commissioner just days before the election, was a concern,” the Mission’s Statement said, although it noted that this did not seem to have affected the quality of the election.

Other pre-election day concerns, including the late publication of the advanced poll register, voters inability to confirm beforehand if their names were on the advanced polling list and the incorrect polling station numbers being written onto voters’ cards, can be addressed with the introduction and use of modern technology in the registration process, the Mission indicated.

The 11-member CARICOM Electoral Observation Mission was led by Josephine Tamai, Chief Elections Officer of Belize, with Orette Fisher, Director of the Elections Commission of Jamaica, as her deputy.

The other members, who all have election management and observation experience, are nationals of Antigua and Barbuda, Barbados, Grenada, Guyana, St. Lucia, St. Vincent and the Grenadines and Trinidad and Tobago.

They were supported by two staff members of the CARICOM Secretariat.

The Mission will prepare a full report for submission to CARICOM Secretary-General, Irwin LaRocque, which will include recommendations on the implementation of modern technology in the registration process, an independent boundaries commission, and campaign financing regulation aimed at strengthening the electoral process in the Commonwealth of The Bahamas.

The Free National Movement (FNM), led by Dr. Hubert Minnis, won a landslide victory in the polls, taking 35 of the 39 seats at stake.

Members of Cabinet of the new administration were sworn into office, on Monday, by Governor General, Dame Marguerite Pindling, less than a week after a landslide victory at the polls. 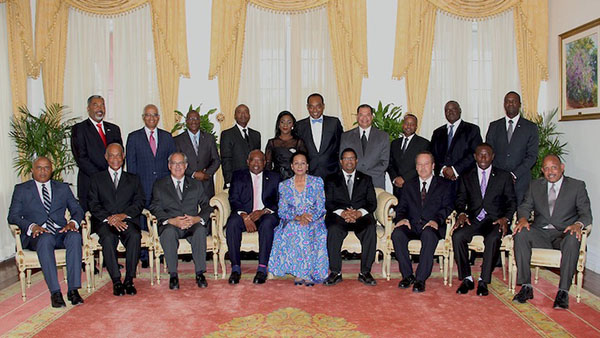 Shortly after the ceremony, Prime Minister Minnis issued a warning to the 17-member Cabinet.

The new Prime Minister also told the new governing team that they must hold high standards of integrity.

“Cabinet colleagues, I repeat the charge I made last week at the swearing in of two of your colleagues. Fidelity to the oath you swore, today, is essential in order to provide the Bahamian people with a government of integrity.

“Good and open government demands transparency and accountability. Good governance demands being responsible for our actions,” he added.

“Accordingly, I will hold my minsters to the highest standards of ethical conduct in the performance of their public duties. We must never forget that we serve as the people’s government, and that means all the people…..my administration will be marked by order and punctuality. We will strive to be an organized government.”

The Prime Minister said his administration will be a model for others in the region.

“I believe this Bahamas government will be a model (that) other governments in the region should emulate.

The Cabinet also includes three who will be sworn in as Senators, sometime this week.

Carl Bethel, Attorney General and Minister of Legal Affairs, who was sworn in on Friday, is the third cabinet minister who will be sworn into the Senate.