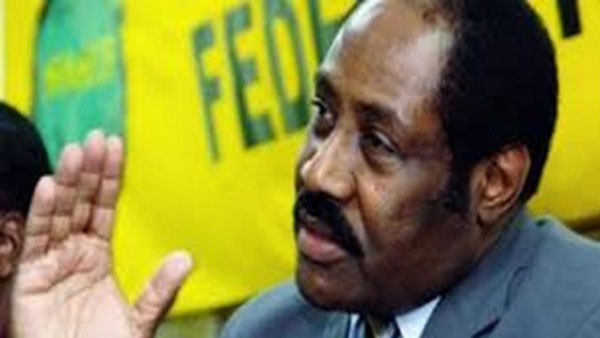 KINGSTON, Jamaica, June 8, 2017 (CMC) – The Jamaica government has led the tribute to the President of the Jamaica Football Federation (JFF), Captain Horace Burrell, who died, on Tuesday, in the United States. He was 67 years old.

Prime Minister Andrew Holness described the national sporting icon, businessman and philanthropist, as a loss to many communities throughout the island, and will leave a significant gap in the national football program.

“Captain dedicated his life to serving Jamaica. He had a dream that Jamaica could compete with the best of the best on the football field. He was dedicated in ensuring Jamaica realized that dream of being in the World Cup finals with the Reggae Boyz in 1998,” said Prime Minister Holness.

At the time of his death, Captain Burrell remained active in his companies as chief executive officer and founder of both Captain’s Bakery and Captain’s Aviation Service.

The prime minister said Captain Burrell was one of Jamaica’s finest, who was dedicated to Jamaicans.

“The nation has lost not only a father of our international football reputation, but also a man who invested, significantly, in community development through Captain’s Bakery, by sponsoring many leagues throughout the island,” Holness said, adding that the nation must pause and reflect on the life and great works of Captain Burrell.

Captain Burrell received Jamaica’s fourth highest national honour, the Commander of the Order of Distinction (CD) in 1998. He also received the highest award, Order of Merit, from the world football governing body, FIFA.

Former prime minister, Portia Simpson Miller, said Burrell’s place is cemented in the region’s sporting history, as he was the leading force in taking the Reggae Boyz to the 1998 World Cup in France.

“Captain Burrell, with his flamboyance and bravado, achieved this feat, because he believed in himself and in the power and skill of the Jamaica people. He was never afraid to knock on doors and think outside of the box as he tried to make the young Reggae Boyz a success.

“Captain Burrell also used his position in CONCACAF to advance Jamaica’s football and ensure that we were treated fairly.

“He exhibited admirable corporate social responsibility and was always giving, whether through his bakery or helping young football talents,” Simpson Miller said in a statement.

“Jamaica football and the sporting fraternity have lost a giant and I have lost a friend… Walk good my dear Captain! May your soul rest in peace and light perpetual shine upon you,” Simpson Miller added.

Another former prime minister, PJ Patterson, described Burrell as a “big figure”, who will not be easy to replace.

“We have suffered a monumental loss. He was a big figure and it’s not going to be easy to replace him, but I am sure he would want us to continue on the journey, and he would want to reap the eternal rest, which he deserves, and I, personally, can attest to the epic quality of his contribution to the development of Jamaica.

“It’s the loss of one who has stood at the very forefront in the cause of advancing the excellence of Jamaica in sports. When he became the president, he had a very clear mission and that was to take us to the World Cup Finals in France.

“He shared that idea with me, as he travelled one afternoon from Jamaica House to Montego Bay, for the opening of Jarrett Park, as a major centre for sports in western Jamaica and, he said to me, ‘prime minister, I have one clear ambition – I want the Jamaica football team to be present in France’ and I said to him what can I do to assist in that process, and he said, I want a coach from Brazil,” Patterson added.