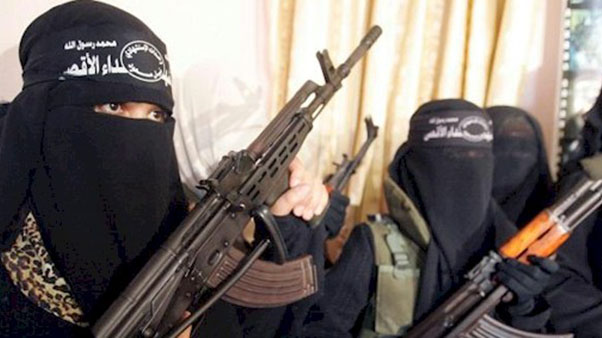 WASHINGTON, DC July 31, 2017 (CMC) – While there were no known indigenous or foreign terrorist groups operating in Trinidad and Tobago, the United States says the twin-island republic had the highest per capita rate of ISIS recruitment in the Western Hemisphere, in 2016, and that the return of these terrorist fighters is of “great concern” to Washington.

In releasing its Country Reports on Terrorism 2016, earlier this month, the United States Department of State says many countries in the region have porous borders, limited law enforcement capabilities, and established smuggling routes.

“These vulnerabilities offered opportunities to local and international terrorist groups and posed challenges to governments in the region,” it said.

Noting that, in 2016, Trinidad and Tobago focused on national security, the State Department said the Dr. Keith Rowley administration remained a willing US counterterrorism partner and quickly accepted offers of assistance to share border security information, develop a strategy to counter violent extremists and prosecute terrorists.

The State Department said the Trinidad and Tobago government reported in 2015 that more than 100 Trinidadian nationals, including women and minors, had traveled to Syria and Iraq, with a handful reportedly returned to Trinidad and Tobago.

With Muslims making up about six percent of the population, roughly split between persons of African and South Asian heritage, the report said foreign terrorist fighters reportedly come from both communities, adding that many, although not all, have had prior affiliations with criminal gangs.

The report said an inter-agency National Counterterrorism Working Group, led by Trinidad and Tobago’s Ministry of National Security, is working on a national counterterrorism strategy to address priorities and principles.

The group meets on a regular basis to detect, deter and disrupt any possible terrorist actions; to prevent a terrorist act in Trinidad and Tobago; and to identify and prosecute terrorists, the report said.

It said the national strategy is in its final stages and will be submitted to the Cabinet for approval when it is completed.

The report noted that Trinidad and Tobago continued to review the 2005 Anti-Terrorism Act to address gaps in the legislation, including foreign terrorist fighters and their possible return to the country.

Additionally, the report said Trinidad and Tobago, with the assistance of certain police units and government sections, continued to identify and monitor persons that raise terrorism concerns and maintained a list of nationals who traveled to Syria or Iraq to fight with ISIS. More than 70 nationals of Trinidad and Tobago are believed to be fighting with ISIS in Syria, the report said.

But the report lamented that there was limited interagency cooperation and coordination, and limited information sharing due to allegations of corruption among different law enforcement units in Trinidad and Tobago, adding that prosecutors are consulted on an ad hoc basis with regard to criminal cases.

The report said biographic and biometric screening capabilities are limited at ports of entry. But it said Trinidad and Tobago collects advance passenger information and disseminates this information to other countries.

While the defense force is responsible for the security of the coastline spanning the two islands and assists law enforcement in combating transnational crime, the report said both the defense and police forces are “limited in human and material resources to meet strategic security challenges.”

However, the report said the government continued to cooperate with the United States on security matters, including participation in the Department of State’s Antiterrorism Assistance program, which provides counterterrorism training for police, and a Caribbean Basin Security Initiative program that focus on training the police and military forces to ensure citizen security.

This includes a limited use of financial intelligence; an inadequate sanctions framework with no provisions for prohibiting material support to terrorists; no policy in place for the management, monitoring, and supervision of non-profit organizations; and a lack of terrorist financing prosecutions, the report said.

In September, it said Trinidad and Tobago designated 80 international and local entities as terrorist organizations, including ISIS. Of the 80 listed, only one, Kareem Ibrahim, was local, the report said, adding that the government continued to work with the FIU and the police to add more local subjects to the list.

A separate report, from Trinidad and Tobago’s FIU, cited 182 suspicious transactions involving possible terrorist financing in 2016, all of which were under investigation at year’s end, the report said.

“There have been some efforts in the prevention of crime and anti-violence programs for at-risk youth, however, which include community law enforcement partnerships,” the report said.

The statement read: “The Muslims of the Republic of Trinidad and Tobago, with one voice, strongly condemn ISIS and all forms of violent extremism locally and internationally.”

The report said Trinidad and Tobago is an active participant in regional security initiatives, such as the Organization of American States Inter-American Committee Against Terrorism and the Caribbean Community Implementing Agency for Crime and Security.

But the report said transnational criminal organizations continued to pose a “significant threat to the region, and most countries made efforts to investigate possible connections between terrorist organizations and criminal activity.

“For many countries in the region, the challenges related to transnational crime remained the preeminent security concern in 2016,” the report said. “Corruption, weak government institutions, insufficient interagency cooperation, weak or non-existent legislation, and a lack of resources remained the primary causes for the lack of significant political will to counter terrorism in some Western Hemisphere countries.”

Nevertheless, the report said some countries, like Brazil and Trinidad and Tobago, “have made significant progress in their counterterrorism efforts”.

Terrorist groups, based in the Middle East, find some support in the region, despite the geographic distance, the report said, stating that the call to fight in Iraq or Syria drew limited numbers of recruits from Latin America and parts of the Caribbean, “which offered areas of financial and ideological support for ISIS and other terrorist groups in the Middle East and South Asia”.

“In addition, in 2016 Hizballah maintained some financial supporters, facilitators, and sympathizers in the region that it could tap for support in building and expanding its activities there,” the report said.

It noted that, in 2016, the Caribbean Community Implementation Agency for Crime and Security (CARICOM/IMPACS) took steps to develop a “coordinated regional counterterrorism strategy for the Caribbean,” which it plans to release in 2017.

CARICOM also consulted with international partners, including the United States, Canada, and the United Nations to identify best practices for inclusion in its counterterrorism strategy, the report said.

“This effort to improve cooperation and coordination builds on the CARICOM Crime and Security Strategy, approved in 2013,” the report said.