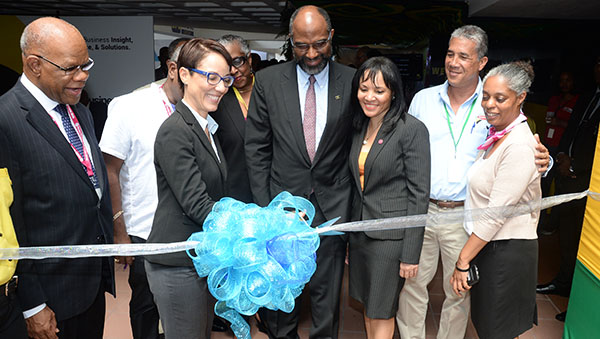 Kingston-Based Diaspora Conference Gets “Thumbs Up” From Diaspora Delegates

KINGSTON, Jamaica August 3, 2017 (PRIDE) — Delegates attending the Jamaica 55 Diaspora Conference 2017 have commended conference organisers for returning the biennial event to Kingston this year. The 2017 incarnation of the Conference was the first time in nine years that the conference was being held in the country’s capital.

“I appreciate that it was held in Kingston,” said Adaoma Patterson, President of the Jamaican Canadian Association. “Most of the issues discussed affected Kingston; and it was important that we immersed in the capital city. How can you solve problems if you are not immersed in them?” she asked.

A Jamaican living in New York, who only gave her name as Audia, also thought that holding the conference in Kingston was a positive move. “I like that it was in Kingston. The change of venue is good. Kingston has fewer tourists at this time of the year; and I could enjoy being Jamaican, walking around the city and buying my own food,” she said.

For Gary Powell, a retired Jamaican living in London, downtown, Kingston is an untapped tourist destination.

“I’m a firm believer that downtown Kingston should be redeveloped. There has been some progress in this regard; however, some people are now seeing the light. When I walk downtown, I see the beautiful architecture of the buildings, which show the rich multi-culture of the city,” he observed.

There is also projection that “rooms for visitors” will be offered to serve as short-term accommodation for tourists in Trench Town, Tivoli and Rose Town, who want to explore the streets of the former home of reggae and Rastafarian Ambassador Bob Marley, and its surrounding environs.

At the same time, The World Bank has recommended that Jamaica diversifies its enclave, “all-inclusive,” tourism product, to embrace: ecotourism, cultural tourism and farm tourism.

“The Jamaican Diaspora has contributed to Jamaica socially, culturally and economically. For many years, they have brought much needed expertise, financial support, return visits to boost tourism; and provide an outlet for Jamaican exports, thereby contributing directly to economic growth and job creation,” he said.

And, because of the vital role the Diaspora plays in Jamaica’s economic and social development, he suggested that maybe there should be a Ministry of the Diaspora. 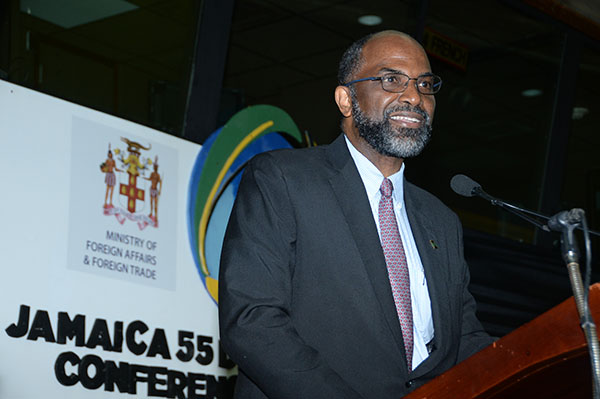 Asked for his overall impression of the Conference, Winston Miller, a retired public health worker, from Markham, Ontario in Canada, said that the Conference had been very helpful to get a good, intimate look at what’s happening in Jamaica today.

“We have heard from leaders, we’ve heard from ministers and senior people in government and business, so it’s been exciting to get to know a lot more about the country we love,” the public health worker enthused.

For a number of years, Miller also worked in international development, which he says, gave him an opportunity to “literally travel the world and see different approaches, not only to development, but business, investment and social enterprises”.

“One of my disappointments though, so far, is, we in the Diaspora are looking for ways to get engaged; how can we help? In terms of investments, what are the investment opportunities? What are the priorities and what is it that our government and leaders are looking to us for?

“I’m not hearing enough of that. I’m not getting some of the kinds of answers that would sorta help direct me in the areas that I would like to get more engaged in,” he explained.

Miller expressed some irritation with how, in all the plenary sessions, there was insufficient time for the panelists to give their complete presentations, for many questions from the audience and for in-depth discussions of the topics presented.

“It is difficult to have meaningful discussions in large plenaries,” he surmised. “We need smaller groups, where we can have really good discussions. That is really where we need to go with this. That has also been one of my disappointments.”

He said, of the two questions he asked, one was snubbed and the other — regarding how the government could find a way to deal with the blatant abuse of the images of its icons that he has witnessed around the globe — was only partially addressed.

His suggestion to the government about this immense problem: “With intellectual property, I think the government needs to make sure that people who are using images of our icons are paying for it, whether in cash or in-kind, that’s coming back to Jamaica to support the cultural industries.”

He also agreed with the suggestion from a delegate, who proposed that the government should set up a hot-line, to which callers can report instances of abuse of the images of Jamaican sports, entertainment and other icons.

Although he is not thinking of retiring to Jamaica, because “I’ve got grandchildren in Canada I want to spend a lot of time with”, Miller is an avid investor in his homeland.

“I do invest in Jamaica, cause I do agree with the statements (made at the Conference by Michael Lee Chin, Chair of the Economic Growth Council, and others) on the kind of sizeable returns you get from Jamaican investments,” he revealed. “I know that for a fact, cause I am benefiting from that.”

As a final comment, Miller said that he is still trying to find out what have been some of the outcomes, the actions, positive actions, that have been taken as a result of past Conferences.

“My intent was; one of the reasons I came was to determine — and I’m asking the questions but I’m not getting good answers yet — if there is real value here,” he said. “‘Cause, If so, I will be back in the future. But, the jury is still out on this matter.”

The Jamaica 55 Diaspora 2017 Conference, which was organised by the Ministry of Foreign Affairs and Foreign Trade, in collaboration with public and private sector organisations, was held under the theme “Partnering for Growth”, from July 23 to 26.