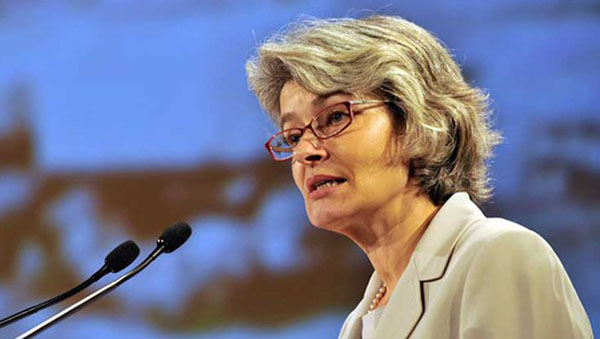 Irina Bokova, Director-General of the UN Educational, Scientific and Cultural Organization (UNESCO), said, yesterday, that everyone must be fully informed of the struggle that led to the abolition of the slave trade.

UNITED NATIONS, New York, August 24, 2017 (CMC) – Remembering the universal demand for freedom, which led to the 1791 insurrection by slaves in what is now called Haiti, the head of the United Nations cultural and educational agency, yesterday, marked the International Day for the Remembrance of the Slave Trade and its Abolition, by underscoring the importance of teaching this history to young people.

“We are counting on the teaching of this history to place tomorrow’s citizens on the path to peace and dignity,” said Irina Bokova, in a message to mark the Day, which is observed annually on August 23.

Bokova is the Director-General of UN Educational, Scientific and Cultural Organization (UNESCO), which has played a leading role within the UN system, in fostering understanding and recognition of the slave trade.

“Everyone must know the scale of the crime of the slave trade, the millions of lives broken and the impact on the fate of continents, up to this very day. Everyone must be fully informed of the struggle that led to its abolition, so that together, we can build societies that are fairer, and thus freer,” the senior UN official said.

She pointed to modern slavery and human trafficking, as well as ongoing social injustices, racism and racial discrimination, and said the legacy of the 1791 insurrection offers hope to eradicating those scourges.

“Freedom of rights, hard-won by force, must be translated into real freedom, through public policies that guarantee to people of African descent the full exercise of economic, social and political equality, and full and equal participation in society,” Bokova added.

“The 1791 uprising, like so many others across the world, shows us the way, but the path ahead is still long, she said, adding: “Ignorance is our enemy. It is used as an alibi by the indifferent, who state that ‘we cannot change anything’, and sanctions the lies of those who claim that ‘they did not know’.”

To honor the history of the slave trade and its abolition, UNESCO, earlier this year, added to its World Heritage List the Mbanza Kongo, Vestiges of the Capital of the former Kingdom of Kongo (Angola) and the Valongo Wharf Archaeological Site (Brazil), as an acknowledgement of their “outstanding universal value”.

In 2015, the Valongo Wharf Archaeological Site was recognized as a site of memory associated with the UNESCO Slave Route Project: Resistance, Liberty, Heritage.

“Recognition of this heritage is decisive in raising the awareness of the general public, educating young people and in the processes of conciliation and social cohesion,” the UN said.

It said the Slave Route project, established in 1994, consists of creating opportunities to promote mutual understanding and international reconciliation and stability through consultation and discussion.

It also raises awareness, promotes debate and helps build consensus on approaches to be taken on addressing the issue of the slave trade and slavery, the UN said.