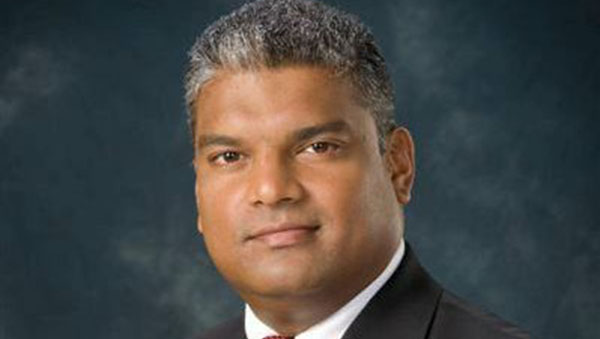 PORT OF SPAIN, Trinidad and Tobago, August 30, 2017 (CMC) – Former Attorney General, Anand Ramlogan, was, today, formally charged with misbehaviour in public office, more than 30 hours after he was picked up at his home by police.

A statement, issued by the Trinidad and Tobago Police Service (TTPS), stated that Ramlogan, who served as attorney general here from 2010 to 2015, was charged “with misbehaviour in public office and obstruction of justice arising from allegations contained in a report, made by Mr. David West, to the Commissioner of Police on January 28, 2015”.

The statement said that the charges were laid against Ramlogan, following consultation with the Office of the Director of Public Prosecution, and that he will appear in court on Friday September 1, “to answer the charges”.

Earlier, one of Ramlogan’s attorneys, Senior Counsel Pamela Elder, told reporters that she was disappointed at the lengthy period it had taken to lay charges against him and that “it is becoming oppressive now, because he has been in continuous detention since 6 o’clock yesterday and he has been cooperating fully with the police officers”.

The police picked up Ramlogan at his residence in Palmiste, south of here, early Tuesday morning, as they continue their probe into allegations that he had sought to pervert the course of justice by asking West, the director of the Police Complaints Authority (PCA), to withdraw a statement he had made in support of the then Opposition Leader, Dr. Keith Rowley, in a lawsuit more than two years ago.

In 2015, then Prime Minister Kamla Persad Bissessar fired Ramlogan and her National Security Minister, Gary Griffith, over the allegations.

The lawsuit followed a statement, allegedly made by Rowley during a news conference, relating to the failed extradition involving businessmen, Steve Ferguson and Ishwar Galbaransingh, who are reported to be financiers of the United National Congress, and are wanted in the United States on corruption charges.

Ramlogan has denied that he asked West to withdraw his witness statement in support of Rowley, six days before the PCA director took up his new post.

Persad Bissessar said that Griffith had failed to inform her that he had been, allegedly, asked by Ramlogan to telephone West, asking him to withdraw the statement.

Meanwhile, the Law Association of Trinidad and Tobago (LATT), today, urged members of the public to refrain from making comments on the detention of Ramlogan, as it chided two politicians for expressing opinions on the matter.

In a statement, the LATT sought to remind the public of the importance of the right to be presumed innocent until proven guilty.